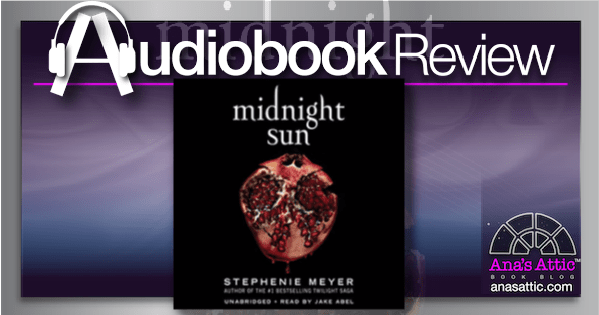 Twelve years ago I was subbing for middle school and noticed students were sneaking reading time in class. I’ve always been a reader, but at that time I was more into TV and some occasional funny mom-lit. As I got to know the students, they convinced me to read Twilight. I had never read fantasy or anything other-worldly, but I wanted to see what these kids were all squealing about, so at 40-years-old I became a huge fan of Twilight. The writing wasn’t the greatest, but the story sucked me in and it was the first book that I re-read as soon as I finished. 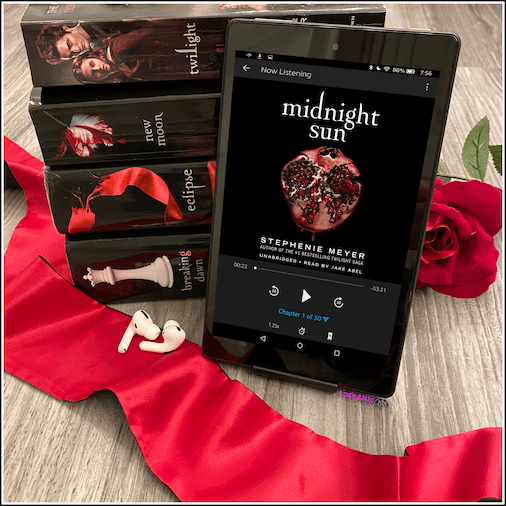 That kicked-off my non-stop reading of all things vampire for about 3 years before I moved over to more contemporary romance and started Ana’s Attic. Sure, there were books that were better written, but Twilight had something special, as goofy as it was. Back in the day I read the first chapters of Midnight Sun and I so wished that she would release the whole thing, so even though I don’t consider myself a Twihard, I definitely grabbed Midnight Sun by Stephanie Meyer on audio the day it came out, one month ago as I write this. I finished it yesterday. TWENTY-SIX HOURS. I had to stop and listen to something else twice during this listen. I had sort of a love/hate relationship with this one.

“For just a second, I saw Persephone, pomegranate in hand. Dooming herself to the underworld. Is that who I was? Hades himself, coveting springtime, stealing it, condemning it to endless night.”

Stephanie’s writing style had to go from the voice of a teenage girl to one of a 100+-year-old man with two medical degrees. So if you thought she was over flowery and descriptive before, just wait. Her writing has improved, but it feels like it tries too hard sometimes.

From an awkward teenage girl who was always kind of invisible, the fact that this person who has lived over 100 years has chosen her is romantic, sexy, and dangerous. From the 100-year-old point of view, it’s hella creepy. 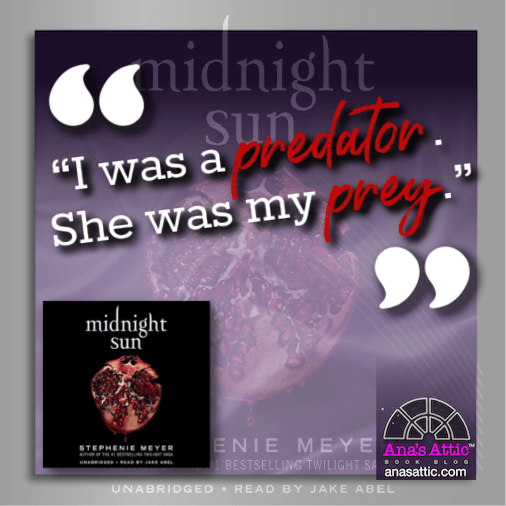 His fantasies of brutally murdering everyone at the school to get to Bella was creepy at best. Edward is the perfect example of a school shooter.

“The vast majority of my thoughts revolved around her as though she was the center of my mind’s gravity.”

He couldn’t give her a second of privacy! He watched her through everyone else minds when he was nowhere near her. He snuck into her room to watch her sleep every night and couldn’t bear a second away from her. I’m sorry but needy much? OMG, he is suffocating! (And he reminds me of my ex-husband.)

‘She couldn’t love me the way I loved her – such overpowering, all consuming, crushing love would probably break her fragile body.’

Still, none of this was as bad as Edward’s incessant self-loathing. It was EXHAUSTING how much he hated everything about himself. At 60% I needed to take a lighter book break. The angsty-self-loathing just got to be too much. We were in Edward’s head so much, but there was really no story happening, only the thoughts of Bella’s obnoxious friends and other minds that Edward reads.

Yet despite that, I was still enjoying it. It was just too much, too long, and it was starting to drag me down. She could have deleted 200 pages of his self-loathing and the story would work better.

“Now we drive till the pavement ends.”
“And what’s there?” she asked. “At the pavement’s end?”
An empty forest. A total lack of witnesses. A monster.
“A trail.”

But as soon as the baseball scene happened, I was glad I stuck it out. It was just as exciting, and even more so because we finally got to see what Edward and the rest of them were doing while Bella was with Jasper and Alice and then James. I loved that part! The new information and an exciting storyline woke this book up from Edward’s thoughts and at that point, I was really glad I came back to it.

Jake Abel did a fantastic job as Edward. It felt like he did his homework and at least watched the movies before narrating Midnight Sun, and I couldn’t imagine a better voice for him unless Robert Pattinson reprised his role for the audiobook.

If you loved the Twilight Series, I think you can’t help but enjoy Midnight Sun. Despite it being 8 hours too long (at least), there is enough that any fan would love if you can trudge through the cesspool of self-hatred that is Edward’s mind. The first 20 hours dragged a little because not much new stuff happened, so it was just Edward stalking Bella and watching her through other peoples’ thoughts while marveling that she would love such a monster back. But when the action started, I really loved it. Since that was the time in the book that Edward and Bella split up, we really got to see what happened on his end and I really enjoyed getting a new dimension to the story.

Stephanie’s writing has definitely improved over the years, but it was almost like she felt she had to prove it and went a bit too far. It took me almost an entire month to slog through the first 20 hours and a day for the last 6 hours, so if you are good at skimming, this may be better read than listened to. No matter how you read it though, if you loved Twilight, I think Midnight Sun is worth your time. 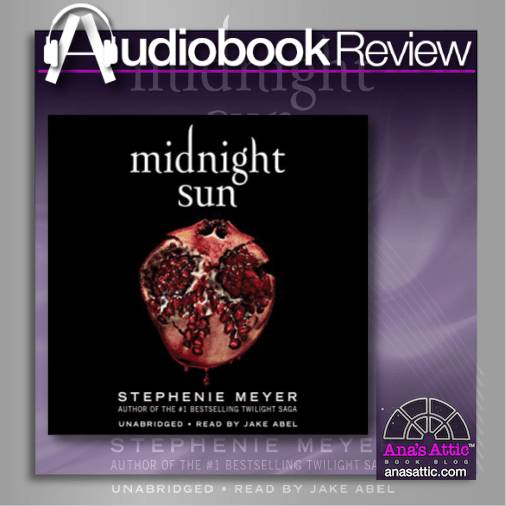