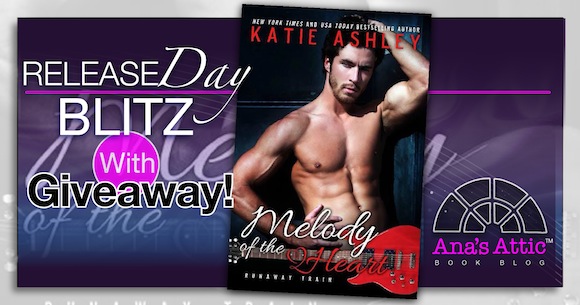 As the Runaway Train family gathers in Savannah, Georgia for the wedding of its last single member, Rhys McGowan, to Allison Slater, Jake’s little sister, Rolling Stone magazine prepares an issue to celebrate the union. While focusing on the happy couple, they also sit down with Brayden and Lily Vanderburg for a feature on successful rock star marriages. After all, the two have been a couple since they were sixteen years old. But there is more to the story than meets the eye, and their love took a slight detour before finding happily ever after.
Told in flashbacks from the present to the past, Brayden and Lily share the story of their unbreakable love. 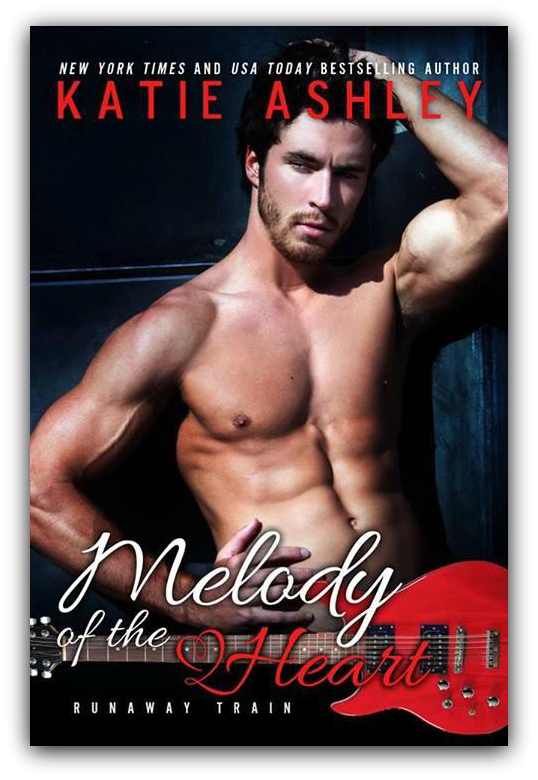 By the time we reached Brayden’s floor, I was out of breath. While the three flights of stairs had been a bit of an exertion, it was more about the fact that we hadn’t been able to keep our hands off each other. At each landing, we paused to let our mouths crash together, our tongues tangling in a passionate dance. When we finally got to his apartment door, I was in his arms, my legs wrapped around his waist. He grunted as he shifted me to the side, so he could dig his key out.

“Hurry,” I moaned, as I kissed a trail across his jawline to his ear.

Instead of putting the key in, he shoved my back against the door. His free hand delved under my top to grab my breast. “Hmm, yes,” I murmured, as my nipple began to harden under his touch. He began to rub his jean-clad erection against me. It was getting to be too much.

Gripping the back of his T-shirt, I started tugging it off him. Once I had it in my hands, I dropped it to the floor beside us. He followed my lead by stripping off my shirt. He then buried his head in my cleavage, licking the tops of my breasts before moving to put his mouth over my bra covered nipples.

“I want you inside me, Brayden,” I panted.

His hand with the key in it left my waist to unlock the door. When it opened, we fell through, nearly collapsing to the floor. I giggled at our sex-crazed antics as Brayden tossed the key onto the table next to the door. As we started across the room, his fingers dug into my buttocks, kneading my flesh. “I can’t wait until I’m buried inside you, making you come so hard you scream.”

I opened my mouth to say how much I wanted him to do just that when a guy’s voice interrupted me. “Just try to keep it down, will ya? I’m watching a movie.”

At the stranger’s voice, I squealed and gripped Brayden’s shoulders tighter. “Dude, what the fuck are you doing here?” Brayden demanded.

“You said you were going home this weekend to stay with your parents.”

Brayden grunted in frustration. “You said you would because you knew Lily was coming this weekend.”

“Oh yeah, I kinda forgot about that.”

“Sorry, baby,” Brayden said, before he gently eased me onto my feet. Considering I was in my bra and jeans, I pivoted around to hide behind Brayden.

“You told me she was a hell of a looker, but you didn’t mention that she was so shy. Of course, she didn’t sound shy when you guys were out in the hallway.”

“Oh God,” I moaned, as mortification filled me.

I heard the guy rise off the couch and start over to us. When I shrank further behind Brayden, he said, “Come on, mi amor, a bra is like a bikini top. Nothing to be ashamed of.”

Slowly, I peeked around Brayden’s shoulder. A tall, dark-haired, dark-eyed guy stood grinning at me, his arms crossed over his broad, bare chest. The only article of clothing he had on was a pair of boxer shorts that hung low on his hips. If I hadn’t been totally in love with Brayden, I would have probably fallen to the floor in a pool of lust for this guy. He was that good-looking. But the thing I liked most about him was his warm smile and the mischievous glint in his eyes.

“Lily, this is my roommate, AJ,” Brayden introduced.

Throwing out his hand, AJ said, “That’s Alejandro Joaquin Resendiz actually. And I’m not just his roommate. I’m the drummer in his new band.”

With a resigned sigh, I stepped around Brayden to shake his hand. “It’s nice to meet you.”

He winked. “Nice meeting you in the flesh. I feel like I already know you because Bray talks about you all the fucking time.” Smacking Brayden’s chest playfully, AJ said, “He’s such a sap!”

Purchase Melody of the Heart by Katie Ashley

(This link should redirect to your country)

Katie Ashley is the New York Times, USA Today, and Amazon Best-Selling author of The Proposition. She lives outside of Atlanta, Georgia with her two very spoiled dogs and one outnumbered cat. She has a slight obsession with Pinterest, The Golden Girls, Harry Potter, Shakespeare, Supernatural, Designing Women, and Scooby-Doo.

She spent 11 1/2 years educating the Youth of America aka teaching MS and HS English until she left to write full time in December 2012.
She also writes Young Adult fiction under the name Krista Ashe.
WEBSITE | FACEBOOK | TWITTER | GOODREADS