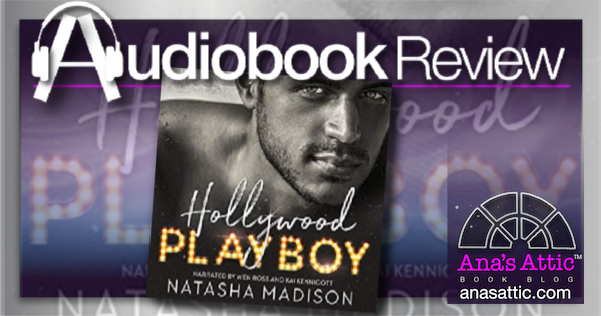 Standalone in a series. Contemporary Romance

“He’s beautiful, but it’s nothing new. After all, he’s Hollywood’s golden boy.”

Tyler Becket is about to embark on a month-long press junket around the world to promote his new movie, and some of the world’s top reporters are invited along on the tour. Jessica Hawthorn is one of the top entertainment reporters, and she’s number one on the list. Unfortunately, she and Tyler can’t stand each other.

“It’s pretty safe to say you know that I don’t want you here,” he says, folding his arms over his chest and puffing it out more.
“It’s safe to say I don’t want to be here any more than you want me here.” I lean in to him, trying not to hiss. “The last thing I thought I would ever do was be stuck with you for thirty seconds, much less thirty gruelling days.” 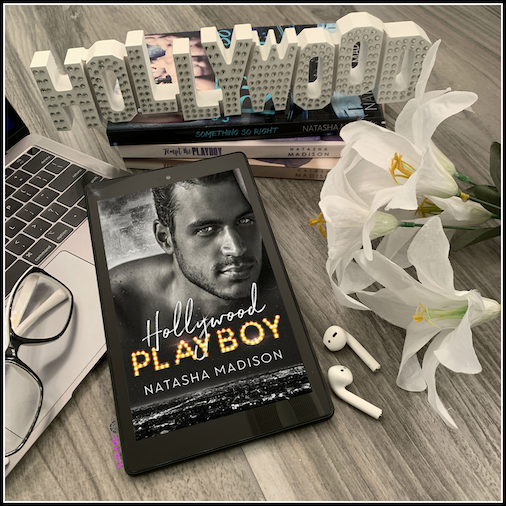 At first you’re tempted to take Jessica’s side, because, you know, women’s solidarity or something, but then you quickly realize that Tyler Beckett, despite being a heart-throb star, is a good, down-to-earth guy.

I loved the behind-the-scenes Hollywood stuff, and I love that they had to keep their relationship under wraps. Though a few parts were a little bit predictable, it didn’t matter because I enjoyed the ride getting there. Their journey from hate to love didn’t happen over night, and I love how it took it’s time as they got to know each others’ truths. 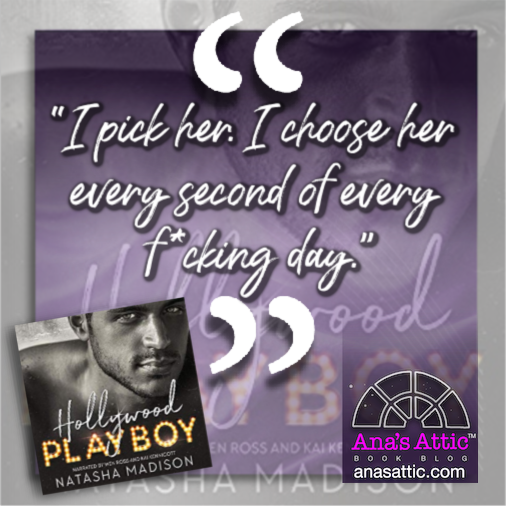 Told in dual point of view, I loved getting both sides. Natasha tends to repeat huge scenes from the end of one chapter to the next with the other character’s POV of the same exact scene. While I liked it to a point, when I started the next in the series right after, that style got a bit tiresome and repetitive.

The style of the book is basically a chapter from her, then the same events from him. Sometimes it got repetitive and I thought I accidentally rewound for a second until I realize it’s the same event told from his POV. I loved getting his POV, but all of the events didn’t have to repeat.

Kai Kennicott and Wen Ross are a power duo and I love both of their voices. This book seemed a tiny bit slower than usual and I did have to speed it up. But this got on my nerves: The male narrator (Wen Ross) fake laughed too much, every time she says ‘he chuckles’. Especially because she never laughs, it stands out. If you SAY “he chuckles” you don’t need to chuckle. Putting that mirth in your voice is enough, or get rid of the descriptive tags.

I actually listened to Hollywood Playboy twice. The first time, I waited too long to review and didn’t feel like I could give a good enough review. I listened again when I got Hollywood Princess, thinking that for some reason, it was a trilogy and I would get more of the same story. I was wrong, Hollywood Playboy stands completely alone. I’m not usually a Hollywood gossip kind of girl, but I just love books that take place in that world, and Hollywood Playboy was a sexy, slow-build enemies-to-lovers novel that checked all my boxes. On to the next! 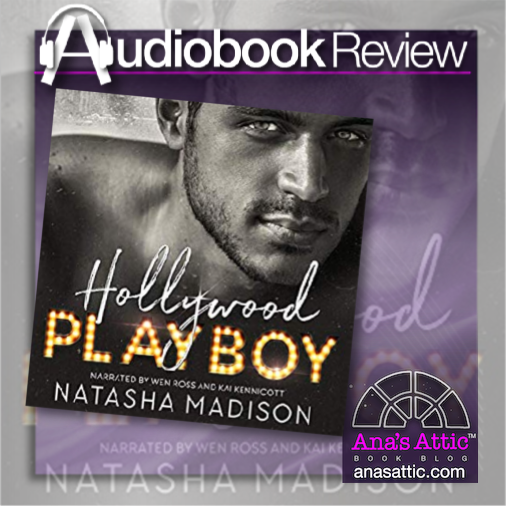