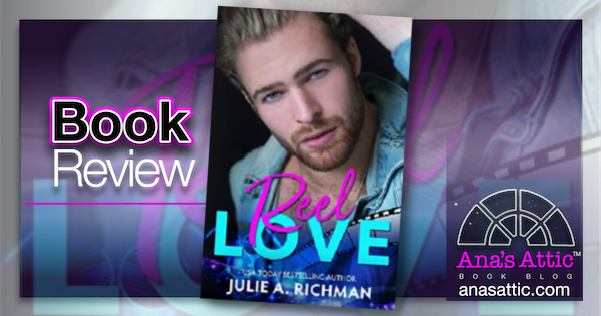 Reel Love by Julie A. Richman

I love books where the movie star falls for the regular girl, and I love books that tie into the book world. Reel Love by Julie A. Richman was a perfect blend of both. Its unique storyline is so timely and relevant, and Julie’s beautiful and unique descriptions kept me fully engaged throughout the story. 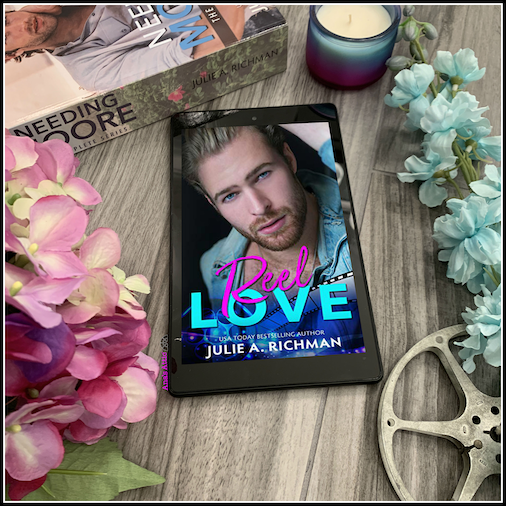 Francesca ‘Frankie’ Simonelli is a Texas girl who wrote a book that is on everyone’s lips. “Fleeing an August Moon” is a romance that crosses the Mexican border and it is being made into a movie. The book was so popular that Frankie was given the final say on casting, which is almost unheard of in the industry. This Texas girl is swimming with the sharks in Hollywood—hopefully, she won’t get eaten (well….. ? ).

Finn Parker is struggling in Hollywood. He’s had some good roles, but not enough to make him a known household name. He’s a long-shot for the role because the studio wants a big name, but he is desperate for the part. When Frankie sees the actors auditioning, she immediately sees her vision of the hero. Finn IS her hero that was made up in her head. 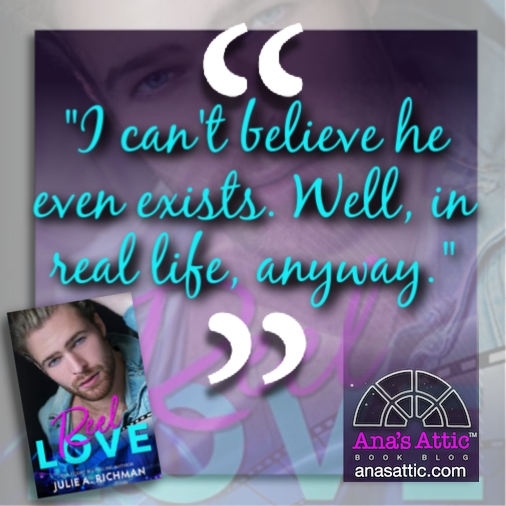 The studio is pushing for Hollywood superstar Maverick Dailey. She knows that he will be box office gold, but he isn’t the “Griffin” she saw in her head, despite being real and charming AF in real life.

When she meets Finn for the audition, there is immediate chemistry between the two, but it is difficult to tell if the attraction is for him, or because he embodies the character she wrote and fell in love with. As they get closer, she realizes she likes the man himself.

“Mmm, that is good. Gotta love a man who can act, cook, decorate, and is damn good in bed.”

Reel Love felt like an epic saga. It felt long (but not too long), detailed and satisfying, and there were a lot of light and fun moments.

“I’m sitting here half-naked with you eating post-coital cookies.”
She laughs and repeats, “Post-coital,” clearly amused.
“So, maybe we should just refer to them from here on out as fucking cookies. As in, I brought you your favorite fucking cookies.”

There was also a perfect amount of HEAT.

“You taste dangerous tonight,” she comments, as I walk her into the bedroom.

As we get a detailed behind-the-scenes look at making the movie, the lines get muddled between real-life and reel-life. This book was filled with swoony and sexy moments, real feelings, wonderful secondary characters, great dialog, and real emotion.

Julie A. Richman marches to her own drum. She is mature, and a very skilled and talented writer and it shows in her detailed prose. Reel Love sucks you in with very visual descriptions and I felt like no pertinent detail was left out. It’s relevant both to the book world and current events (though I would have liked even more of that). Reel Love had everything I love in a Hollywood romance: the cut-throat industry stuff, the swoony stuff, the sex, the exes, the paparazzi, the laughs and the emotion. Reel Love brought it all, and I am really hoping this turns into more than just this book, because I’d love to revisit in the future. 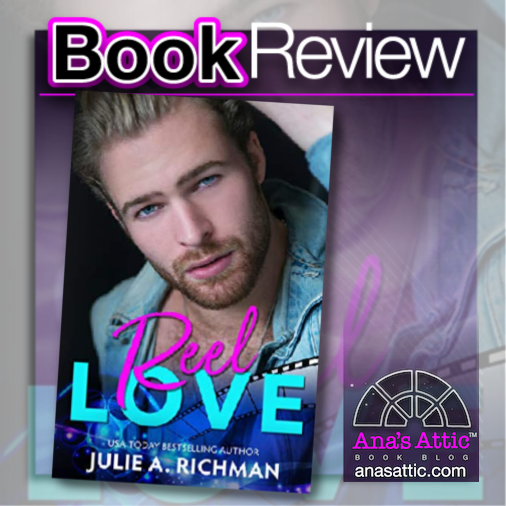