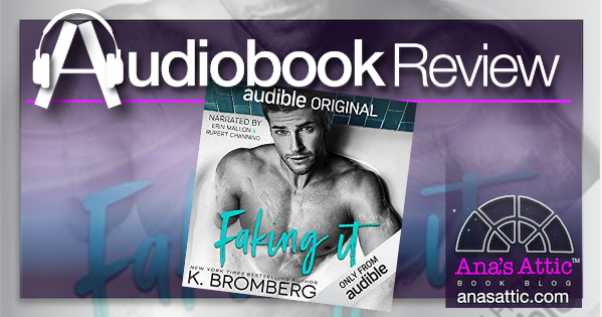 Faking It by K. Bromberg

Oooh, Faking It by K. Bromberg was SO up my alley! I absolutely love a hate-to-love romance but I was a little worried because the whole fake relationship trope can tend to get a little old. But silly me. there was absolutely NOTHING to worry about. Combine K. Bromberg’s writing and a narrator with a super sexy Australian accent? OMG, this was a recipe for success! 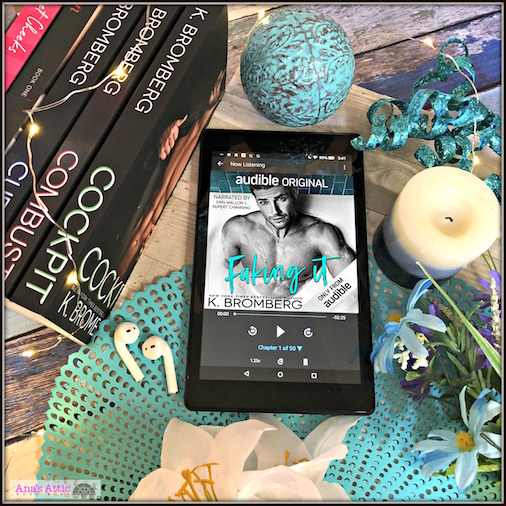 Harlow is a struggling model going for an interview for a day job when she gets waylaid by a cocky Australian who thinks she’s the dog walker. After overhearing his conversation on the phone, she realizes he’s even more of an ass than she originally thought.

When we meet Zane, his Australian accent and cocky personality drops the third wall and talks to the reader briefly, and as soon as that happened, the book clicked for me and I fell in love.

“(Men have) a serious case of needing to one-up each other just to prove who has the biggest dick. And in case you wondered, I win. Always. But then again, does size really matter? Spoiler Alert: Yes it does.”

Harlow doesn’t fall for Zane, even when he tries to make up for her blowing her interview with an extravagant gift. Because honestly, he was still a total arrogant asshole.

“And you like me too.”…
“No, I don’t. I don’t even think Smudge does. He’s cute and has manners, while you’re just…the real dog of the house.”

Turns out the rich businessman, Zane, has a matchmaking app and he is courting an elderly investor/marketing guru who wants the face of the app to be someone who found love on it. A few little white lies later and Harlow and Zane are touring the country in a one bedroom tour bus playing a couple who is in love, while they really hate each other.

As they are forced to be in love for the public, lines tend to get blurry, and the beautiful model and the sexy Australian find themselves fighting their attraction. 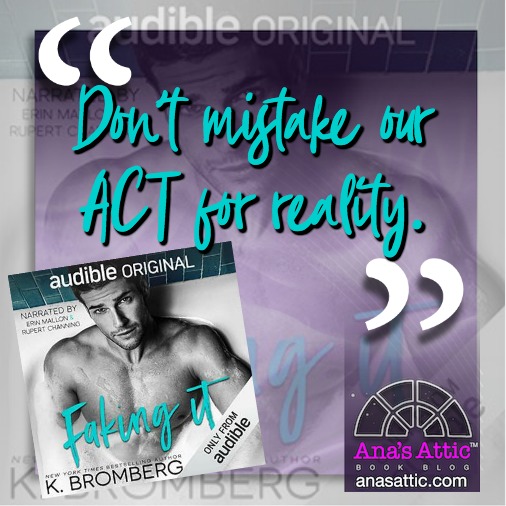 Grrr….I totally wanted to punch Zane in the face every once in a while, but damn, that accent. And when they gave into the physical attraction, it was H-O-T!

“The man has skills, I’ll give him that. Fingers and Tongue and Dick. FTD… From here on out every time I hear that acronym, I’ll be thinking of Zane and just how adept he is at using them.”

But when the tour is over and the app has launched, the little bubble they are living in will break, and her fairytale coach may turn into a pumpkin.

“Because being with you changed me.”

WOW. Rupert Channing did a great Australian accent, but he did many other male characters as well and it was amazingly seamless hearing him switch the accent on and off. (I have no idea if his accent was real or not). His Robert was so different than his Zane. Erin Mallon is amazing at men’s voices. and when she did Zane’s voice, I literally forgot it was her until I heard Rupert do it again. Even her Zane was sexy AF.

I absolutely LOVED Faking It by K. Bromberg. I think the audiobook made it stand out even more because Zane’s Australian accent was sexy as hell. While it seems like K. Bromberg is using a number of tried and true tropes including hate-to-love, fake relationship, workplace, friends-with-benefits, forced roommates and maybe more, she combined them all together in a fresh, fun and sexy way.  Faking It by K. Bromberg is one of my favorite audios this year, and it was a perfect one to go into audio first because you don’t want to miss this sexy accent! 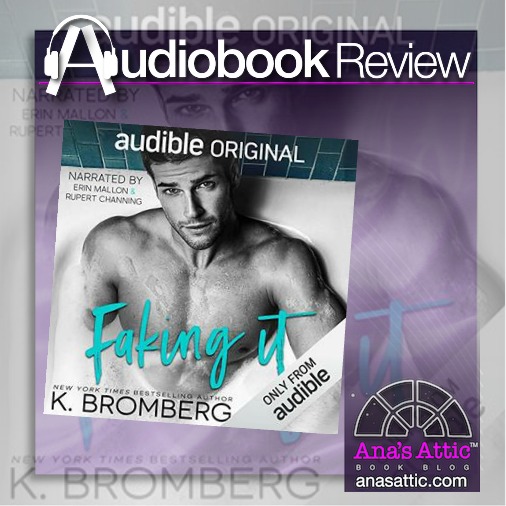