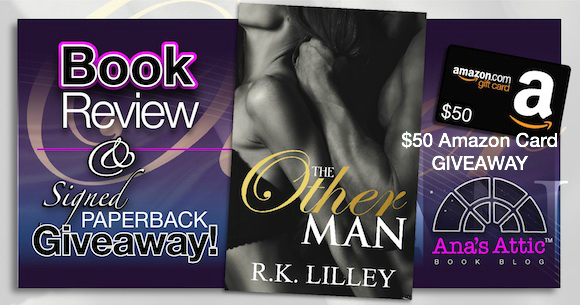 The Other Man by RK Lilley

Standalone Romantic Suspense. Related to The Wild Side Series.

I remembered Lourdes from The Wild Side series, but I had forgotten the details of who Heath was. In fact, I didn’t even remember who he was until I started reading (my memory sucks). So partially into The Other Man my curiosity got the best of me, and I went back to skim through Dair to refresh my memory of the outcome of The Wild Side series. And was immediately sucked into a full re-read of Dair (which I may have even liked more this time!).

This is where The Other Man can be difficult to review. Throughout the book, you don’t know who Heath is and what he is doing unless you read The Wild Side first. And I think it’s OK not knowing. I think it would even ramp up the tension and suspense in this fast moving novel. But I’m not sure. The books take place simultaneously, and since I did know who he was (especially after rereading Dair) I can’t say whether I would be confused or frustrated with the not-knowing, or if would add to the tension and drama. I mean, that was the whole awesome thing about The Wild Side…you didn’t know.

Lourdes is the 41 year old mother of two grown boys. The recently divorced photographer takes amazing care of herself, and is smoking hot. She is at the grocery store when she feels a set of eyes on her. She turns and sees a big, muscular blonde guy with a hard jaw and eyes buying condoms. She is immediately attracted to him despite his young age. Outside of the store, he boldly approaches her with no thought of ‘the rules’.

I’d come to the attention of a man who didn’t play by any normal rules, and my life was about to get very interesting.”

When Lourdes runs into Heath the next day, she thinks it might be time to let her ever-cautious mind take a break and let her body do the thinking for her for a change.

She’s never had a one-night stand, but this bold, dominant stranger makes her want it…badly. 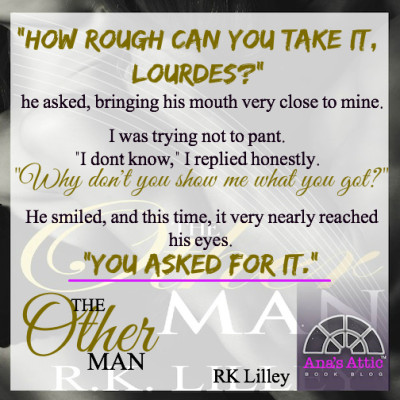 Of course, intimacy changes things, and Lourdes was desperate to see that moment where the hard man let down his guard with her.

The need was powerful to the point of self-destructive, especially considering the fact that I barely knew him, and what I did know only seemed to point to the fact that he was a wild thing that was not even close to being tamed.”

Lourdes was an intelligent, well traveled woman with a great head on her shoulders, while Heath was almost an animal compared to her. She knows he disappears for days or weeks, but has no clue where he goes. It doesn’t matter though, when he gets back, she can’t trust her body to stay away from his.

God, he was rough around the edges.
Why the hell did I like him so much?
He was uncivilized.
Churlish.
Uncouth.
And strangely, kind of sweet.”

Heath was the perfect blend of scary and sweet. Almost like a dog that has suffered abuse, you don’t know whether he’ll love you or bite your hand off when you feet him. I think that’s how Lourdes must have felt, and it just added to the dangerous attraction.  Especially after she finds out he’s a cold-blooded killer.

Like in The Wild Side Series, lots of hints and foreshadows are dropped throughout the book, and RK is fearless in her writing, if you ever doubt that an author will “go there” RK does…no matter where ‘there’ is. Despite the foreshadowing, you never expect what happens.

The Other Man is filled with danger, hot sex, some romance, suspense, a convoluted, crazy back story, action and did I say great sex? Yum, nothing like taking a dangerous dominant stranger home with you!

If you read The Other Man first, you will immediately want to read The Wild Side Series, but there are spoilers in The Other Man, so I recommend reading The Wild Side Trilogy first (novella series available now as one boxed set), though you don’t have to. 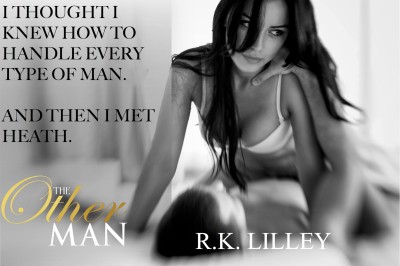 The Other Man is a standalone, but it is also a gift to all of RK’s regular readers. We get to revisit all of our favorite characters within the context of the book. It was un unputdownable, unpredictable ride of epic proportions. RK took a character we should hate and turned him into a scary, dark sex god with a heart, and Lourdes, great mom that she is, was there to help him. I find it so cool that RK Lilley wrote this as almost another half to The Wild Side Series, and it fits in so seamlessly. Despite The Other Man being so intertwined with The Wild Side series,  I think it can stand alone just as well, but would read very differently for a newbie.  I must tell you though, reading this BEFORE the Wild Side would ruin a lot of the suspense from that series.

RK really outdid herself. Heath was all kinds of dangerous and dark and sexy, the action and suspense had me on the edge of my seat, there were no stupid angsty moments for no reason, and every single thing that happened seemed to be tied to a bigger picture. BRAVO!!!! Another spectacular read by RK Lilley, possibly her best yet. And yay! It’s ONE book!

Purchase The Other Man by RK Lilley

I recommend reading The Wild Side novella trilogy first, but it isn’t necessary.

The Wild Side Trilogy 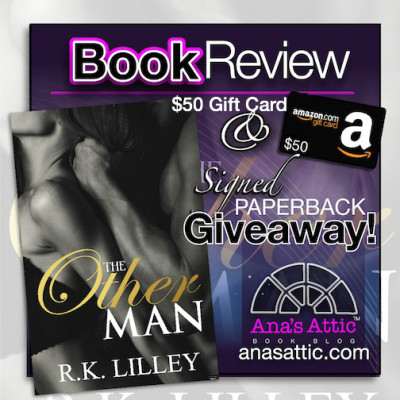