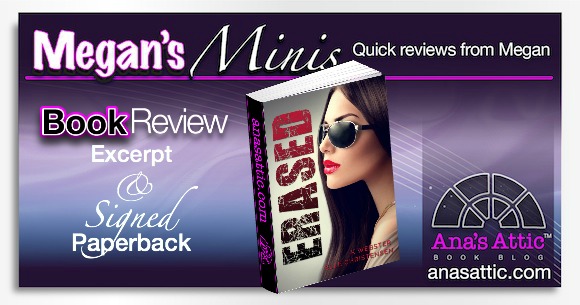 Joss Parker’s life is a fairy tale come true. She’s a concert pianist in New York who lives with her longtime boyfriend and is close with her fiercely protective father—until one fateful night when she is taken in the middle of the night.

In a desperate attempt to access a program that could be a threat to national security, her ability to play the piano is threatened. Her world comes crashing down when her father puts his need to protect a program over his own daughter.

At the last minute, Joss finds herself whisked away by an unlikely ally.

She later lands in the protective custody of none other than small-town bad boy and bar owner Derek Slade. Slade is entrusted to look after Joss and see to it that she hides behind her new persona, Jill, so that bad people don’t find her ever again.

Joss has been erased. Joss is now Jill.

As Joss trades her blond locks for Jill’s mahogany ones, she also takes on the strength of her new persona. Jill is someone who doesn’t put up with crap. Jill doesn’t trust easily. Jill must protect the broken heart of Joss.

Joss and Slade battle an intense attraction, but she isn’t the only one with secrets. Behind Slade’s silver eyes are mysteries he’s unwilling to share. Slade knows better than to get involved with Joss, yet he finds it nearly impossible to push her away.

What happens when Slade crosses the line of protector? Can he protect her when the evils of both of their pasts come back to haunt them?

“What in the ever-loving fuck are you wearing?” a deep voice growls from behind me.

By the low, seductive way he says it, I think he liked it.  But when I spin and face Mr. Asshole himself, I groan.  He’s mad—not just mad but livid.  I can see his jaw working furiously as he attempts to contain his rage.

Is this guy that serious about dress code?

“My uniform,” I answer with a little more attitude than I mean.

He bristles at my tone and curses under his breath. “Change.  Now, J.”  His words leave no room for negotiation.

Over my dead body.

“No, Derek.  I’m a girl, and apparently, the girls here wear skirts—not man-pants.  Just leave me alone and let me work.”

His anger dissolves when I mention the man-pants, and I see the briefest glimpse of a smile behind his eyes.  I want to see all of it though.

With two long strides, he’s in my personal space like he was earlier today.  He acts like he belongs here, inches from my chest, glowering down at me.

You want him there.

“You’re a real piece of work. You know that?” he demands.  His heated eyes momentarily drop to my lips before pinning me again.  “Don’t call me Derek.  And no, I won’t leave you alone.  I’m to watch over you, remember?  Let me do my job and stop being so goddamn difficult.”

Rage bubbles in my chest.  “Me?  Difficult?  I just want to fit in with the other women here.  Let me do my job.”

We have a silent standoff—neither of us budges—so I take the time to devour his features again.  The man’s been through a lot; I can see it in his eyes.  Tiredness hides behind his dark, angry look.  With each breath he takes, his strong nose flares.  My eyes fall to his lips.  They look supple for a man—kissable lips.  The nearly black scruff above his upper lip, on his chin, and dusting his cheeks matches the unruly hair on his head.  Holy shit, I’m fighting an urge to run my thumb across his cheek to feel the sharp prickles.

Kent had a baby face.

“Fine.  But for the love of God, stay away from the damn door and stop bending over.  You’re showing that cute ass to half the dining room.  I’m going to have to clean up a bigger mess than just spilled beer and ketchup from those guys behind me if you don’t stop wiggling it around in their faces.”

The subtle blush Simon managed to summon earlier flares wickedly to life in the presence of this man.  He said that I have a cute ass.

“Nobody’s even looking at me,” I argue.

A tall, brunette, boring girl cleaning off tables?  Or a short, curvy, feisty woman who’s causing an eruption of laughter from one of the other tables?  No, they’re definitely not looking at me. 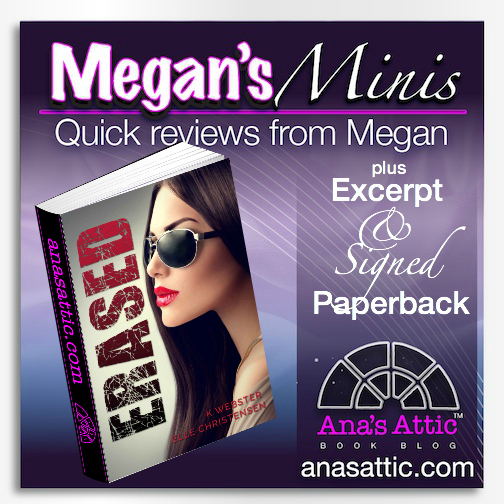