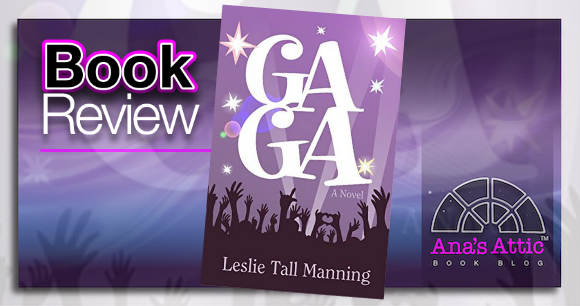 I love Rock Star books, and I love books with older heroines, so I thought GaGa would be totally up my alley. As a mom in my 40s, I find it hard to read about teenagers so often. But I still fantasize about a hunky rock star! Don’t we all? The thing is, my son IS a rock star. Luckily his favorite bands are the ones I listened to growing up, and he has been getting us backstage to concerts for the last few years. So I know the scene, maybe a bit too intimately for a fully fair review.

Gaga was a great concept. Monty is 45. Her husband just divorced her after a boring marriage. She has a 15 year old daughter and is a freelance writer. Monty is beautiful and can easily pass for 30. So when her magazine gave her an assignment, with a “do it or you’re fired” caveat, she had no choice.

Monty is to go undercover as a groupie for a comeback rock band called Grope for one month. Monty LOVED the band as a teenager. The lead guitarist/singer was her teenage crush, and she kissed his poster every night before bed. With trepidation and excitement, Monty set off on the adventure of a lifetime.

Her sweaty hand gripped tightly to her ticket, and her heart pumped almost as loudly as a rock and roll band whose music was once her reason for living.”

When she got to her front row seat, all Monty noticed was that the audience was almost all women, all dressed up. The closer to the front, the younger they were, with giddy teenagers in the front row.

I have gone to almost every comeback concert there is in the past 4-5 years. I have never seen this. I go backstage to these concerts, and I don’t see young teenage girls crawling all over. Security is tight, bands are tired, and usually have family they want to hang with. Even 70 year old Gregg Allman just had his 27 year old girlfriend backstage and no other groupies. Young teenagers aren’t screaming their heads off and crying for bands that were big in the 80s. The people in front rows are usually the ones with money, not the young hotties. So this aspect of the book bugged me a lot, it just isn’t really what the music world is like anymore. But I still enjoyed the read.

I still love the idea with her maybe hooking up with her teenaged heart throb, how awesome is that? As Monty aka Melody traveled undercover, the whole experience lost it’s luster very quickly. The same setlist nightly, the same screaming fans, and she missed her daughter. The only thing that still excited her was Donny Digits, the lead hunk with the stupid name.

Her routine life beckoned; cried out to her; scolded her for pretending to be more than what she really was.”

As Monty got closer to the band, she realized how much her contract sucked. She couldn’t reveal her true identity, even as she falls for the guy. You would think that makes for a predictable end, but it was anything but. There was a strange twist of events, which I’m still not sure I understand the reason for. 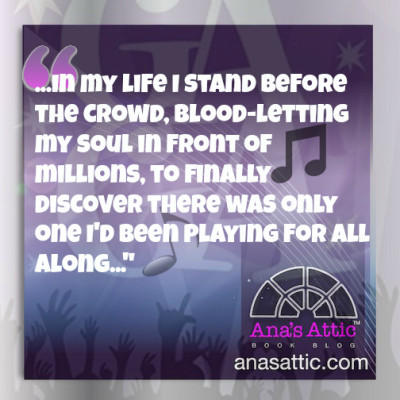 If I did not go to concerts and go backstage as much as I do, I think I would have enjoyed this book a lot more. I found myself rolling my eyes at the way groupies were described, because it just isn’t like that, especially for comeback bands. Overlooking that, there was a lot of good in the story. I read it in 2 sittings, looking forward to what came next. I loved that Monty was a good mother, and even in the face of her teenage crush, she was rational and mature. I think GaGa is as much about a woman finally discovering herself after a divorce, as it is a rock star book, and I enjoyed the combination. I just wish there was some hot sex! 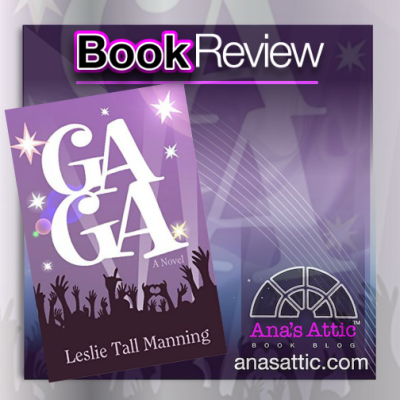