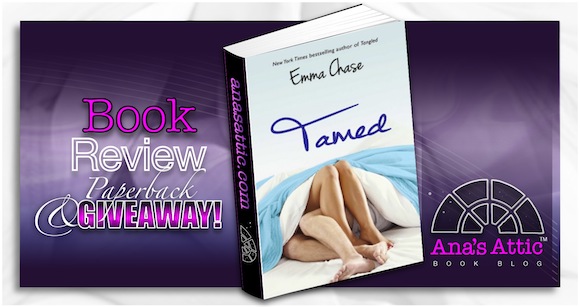 Tamed by Emma Chase is more of a companion book to Tangled than the third in the series, so if you haven’t gotten to Twisted (book 2) yet or Holy Frigging Matrimony (book 1.5, included in Tamed), that’s OK. In fact, If, like me, it’s been a year since you read Tangled, I would recommend a re-read for maximum enjoyment. Do you have to read Tangled first? No, Tamed totally stands on it’s own. But it takes place at the same time as Tangled did, and it’s about Drew’s best friend Matthew, and Kate’s best friend, the crazy Dee-Dee. So it filled in a lot of the holes that you didn’t realize were there in Twisted, and answers a lot of lingering questions.

“Stick around, even if you think you already know the ending. Because the greatest part of a road trip isn’t arriving at your destination. It’s all the wild stuff that happens along the way.”

Don’t get me wrong. This isn’t a retelling of the same scenes. This is completely Matthew and Dee’s story, but, being best friends, there is a good deal of crossover. Tamed is from Matthew’s point of view, and let me say, Emma kicks ass at the first person guy-speak. Even more, I love how she breaks down the wall, and talks to the reader.

“I feel it’s my duty to educate others, get the word out, about how to decode guy-speak. Think of me as a studlier version of Edward Snowden or Julian Assange. Maybe I should start my own website–I’d call it DickiLeaks. On second thought, that’s a shitty name. Sounds like an STD symptom.”

There is obviously still a LOT of humor, but Matthew was less of a douche than Drew, so we had a lot of sweet too.

“My life changed about four weeks ago. On a normal, average day-when I met a girl who was anything but average.”
“Before she uttered her first word to me, I was in lust with Delores Warren’s rack.”

“Delores is a gorgeous name, for a gorgeous girl. Plus, it rhymes with clitoris…and I really know my way around them. Big fan.”

And my favorite thing was in this book in spades. Banter.

“You’re Clit-boy until you give me a reason to think of you as something else.’
I lean in closer. Goosebumps rise on the flesh of her chest as my breath tickles her ear. “By the end of this night, I’ll have you calling me ‘God.'”

Dee may be every guy’s dream, wanting a relationship free hook-up, but Matthew was feeling more than just the sex vibe. Dee Dee was crazy, but she was crazy hot. As a How I Met Your Mother fan, I loved this quote:

“Plus as Barney Stinson has already explained, Delores is hot enough to be as bat-shit crazy as she wants to be, and I still won’t kick her out of bed.” 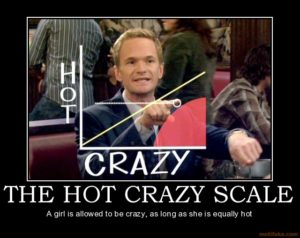 There was more to the relationship pretty quickly, including meeting the families and the adorable MacKenzie and her bad word jar.

“I think Uncle Drew is right. Prince Charming really is a douche bag.”

And Matthews mother??? Hahaha…I will leave that for you to read.

Dee isn’t looking for a relationship. Luckily, sweet Matthew gets it, and he won’t let her get away with it…at least for a while. But he wants all of her.

“I don’t just want Dee to come hard, I want to please her. I want her to feel happy, cherished–in or outside the bedroom. And I want to be the reason she feels that way.”

Tamed was a great addition to the series! I wasn’t wholeheartedly in love with the second book, Twisted, the way I loved this one. It’s the guy’s POV that Emma really excels at, and I was glad to see another male POV book from her. Matthew’s voice was funny, but a little sweeter than Drew’s, and I thought it was great how Emma really differentiated the two. Tamed is as much fun as Tangled was, but now that we expect it from Emma, it may not be as outwardly obvious to people how fun the book is. If you loved Tangled (and who doesn’t?), you will certainly love Tamed.

“I want to be the reason for your smiles”

My ARC copy of Tamed had Holy Friggin’ Matrimony at the end, and ended at about 92%. I am not sure if the mass market copy does or not. 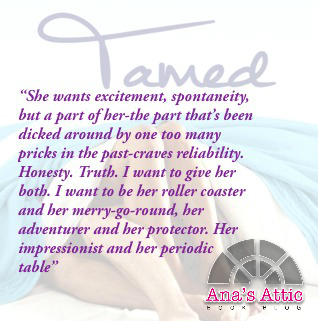 I just love those alpha males! See my review for