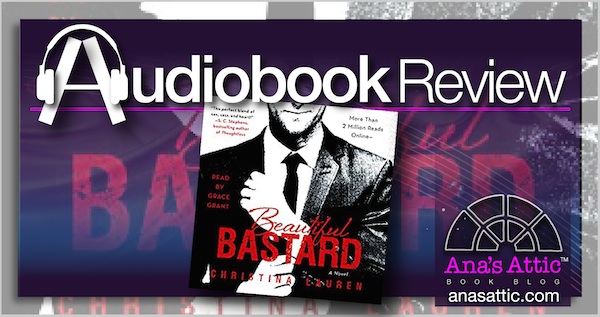 Standalone, first in a series

I’m going to keep this audiobook review quicker than usual since Beautiful Bastard by Christina Lauren is an older book, and I listened to it a few weeks ago, so it’s not really fresh in my head. I just have always wanted to read a Christina Lauren book, so I grabbed this audiobook, the first standalone in a series.

Beautiful Bastard is an enemies to lovers workplace romance. I usually love that type of book, because banter is my favorite thing. But I will say that the characters seemed to be enemies that fuck in anger more than enemies that end up as lovers. The book is four years old, and that was when people were writing as much dirty sex as possible to cash in on the Fifty craze, but I have to say, reading it now, there was just a little too much sex, and I missed the romance. Don’t get me wrong, the tons of ripped panties were hot as hell, but I never felt the connection.

Chloe has been working for Bennett Ryan for a while now, and he was always an asshole.

“If you insist on pounding your keyboard as if you’re hammering gophers back home, Miss Mills, I’d appreciate it if you kept the door joining our offices closed.”

You can’t help but hate him for Chloe’s sake at first. But then the dual POV kicked in and you get his side of the story. He has been into her since the first day. So he’s basically like a first grader who pulls the girl’s hair and runs away.

“Nine months. Nine fucking months of morning wood, jacking off, and endless fantasies about someone I didn’t even want. Well, that wasn’t complete true. I wanted her. I wanted her more than any woman I’d ever seen. The big problem was I also hated her.”

When he finally makes his move, it’s hot as hell, and these two, while they may fight a lot, always end up fucking in inappropriate places. No beds for them, but windows, walls and dressing rooms work just fine.

“Go ahead and rip them…you know you want to,” she murmured into my ear and then bit down hard. A half-second later, her panties were nothing but a mess of lace in the corner of the room.

Finally, after they fucked their way through the first half of the book, a story started to develop, and I started to get into it much more. Even though I hated him at first, he did finally grow on me.

Beautiful Bastard is the perfect title for this book. Bennett Ryan was a total asshole who didn’t redeem himself fully till the very end. I liked Chloe a lot. She was smart and sassy, but I never really connected to either of them, apart or as a couple. It was a fun and sexy read, but it never really wowed me the way I expected. Still, I look forward to reading later books from the author duo, since I’m sure they have honed their skills immensely since this was written.

There are 10 books in the series.
Check them out here. 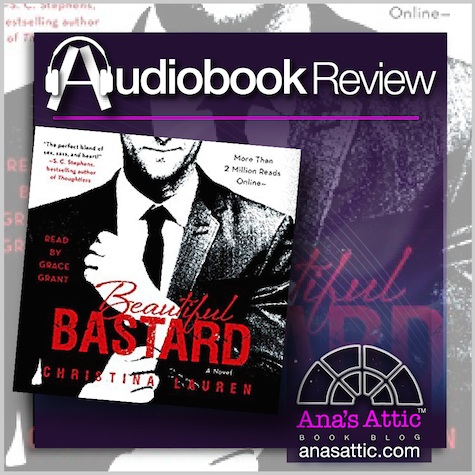