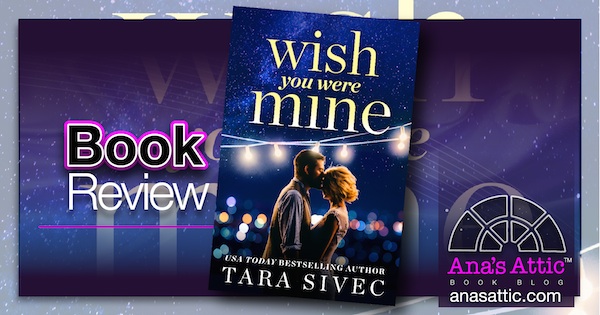 Wish You Were Mine by Tara Sivec

Tara Sivec can write every genre, from laugh-out-loud, to thriller, to suspense, to emotional, and with Wish You Were Mine, she brings all the emotions; but they are quick. Despite the prologue, this is not an ugly cry book, you don’t have to work yourself up for it, the way you might in some of Tara’s other books, it’s mostly a happy friends-to-lovers romance.

Wish You Were Mine is loosely tied to The Story of Us in that Cameron, the heroine, is Shelby and Eli’s (the couple from The Story of Us) daughter, but they are not in the story most of the time, and this can stand alone just fine. Cameron grew up on the plantation that her parents turned into a camp for military families. Everett was a troubled boy with some problems at home, and as a camper, he became best friends with Cameron, despite him being three years older. Aiden quickly joined the two, and the three became best friends.

Since they weren’t always together for their birthdays, they did a special summer celebration. One of the traditions was writing their wishes on Cameron’s star-shaped notepad and putting them in their own puffy-painted boxes, hidden under the floorboards of their treehouse. Cameron always wished Everett would notice her as more than a kid. He was always the one she crushed on. But she would never admit it for fear of messing up the friendship.

Everett noticed her all right. But she was too young. And he never shared his feelings with anyone, including his other best friend, Aiden. On the eve of his departure to train for Doctors without Borders, he is ready to come clean, but overhears a conversation that made him want to do what is best for Cameron, as much as it killed him.

“He’s not good enough for her. Would it kill the guy to smile every once in a while? If Cameron’s going to be with anyone, it should be someone who makes her happy, not someone she exhausts herself trying to fix.”

Everett is gone for 5 long years, and in that time he kept in touch with Aiden, but not Cameron, further breaking her heart. Until he gets a letter from Aiden. 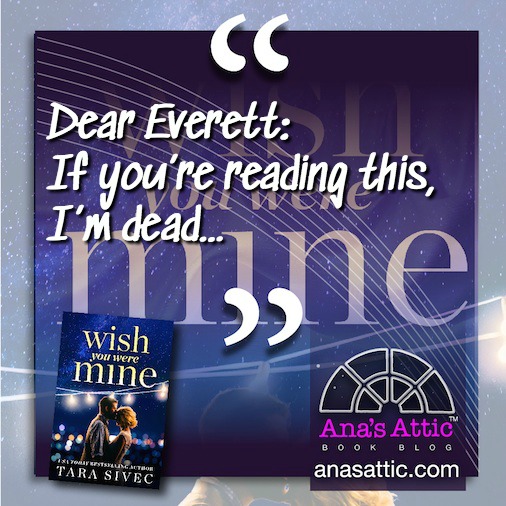 The letter encourages him to come home and be there to support Cameron after he dies from cancer. But Everett can’t deal with the fact that he wasn’t there for his best friend while he was suffering and hits rock bottom, unable to face Cameron for another 9 months. But when he finally does, the real story begins.

Seeing her, Everett knew that none of his feelings had waned in the last 5 years.

Cameron James at twenty-six was a woman who didn’t even know the power of her own beauty. Cameron James at thirty is full of hurt, anger, and piss and vinegar, and the sway of her hips as she walks is determined and the sexiest damn thing I’ve ever seen.

But he couldn’t say anything, because she was still mourning his best friend. And she is not ready to forgive so easily.

“I hate him for thinking he can make everything better with an apology. Words can’t heal the scars that his actions left behind.”

Years of miscommunication and holding back feelings, and they are still playing the same game. For most of the book, they are still both secretly in love with each other, but never admitting it to the other. Fear seems to be the strongest emotion of all.

Trust her to know when she’s giving her heart to the right person. Trust yourself to be worthy of that heart and don’t you ever, ever break it. You hold on to that thing with both hands, you worship it, and you never let it go. And that right there is how you become good enough for her.”

Tara can write the shit out of everything, and Wish You Were Mine is no exception. This was an emotional book, but not at the same level as Fisher’s Light, so you don’t have to psych yourself up to be an emotional wreck. If you like childhood friends-to-lovers stories, and kind-of second chance romances, you will love Wish You Were Mine. It was sometimes a little frustrating that they didn’t just tell each other how they felt, but there were always good enough reasons why they didn’t, that I didn’t get truly annoyed. All in all, while it isn’t a favorite from Tara, I really loved Wish You Were Mine, and not a favorite from her is still better than most other books out there!

Purchase Wish You Were Mine by Tara Sivec 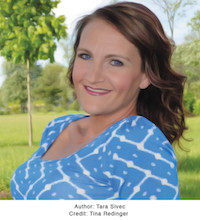 Enter to win 1 of 15 free ebook downloads of The Story of Us! 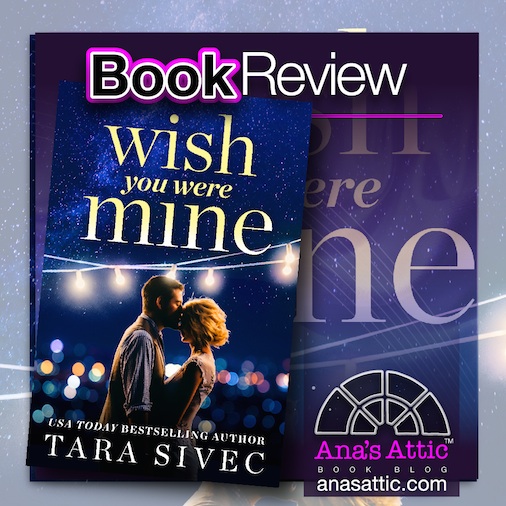