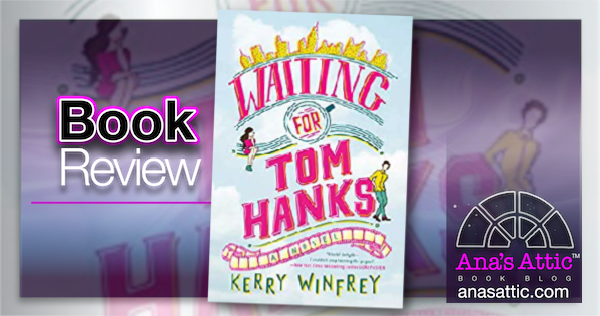 I love romantic comedies, be it movies or books, so when I saw Waiting for Tom Hanks by Kerry Winfrey I was so excited to read it! I love the cover and the blurb is right up my alley.

Annie is a 27-year-old rom-com obsessed girl who lives with her uncle in Ohio. She is literally obsessed with romantic comedies and Nora Ephron (You’ve Got Mail, Sleepless in Seattle…) is her hero. She is forever writing her own screenplay, and has a lot of problems dating because the guys never live up to her rom-com standards. In other words, they aren’t Tom Hanks.

Tom Hanks isn’t a person so much as he is a representation of the kind of man I deserve, as my mom told me over and over. “Don’t settle for someone who doesn’t adore you,” she told me. “My favorite thing about your dad was that he worshiped the ground I walked on.”

Annie was fixated. It’s not only that the guys didn’t live up to Tom Hanks, she actually thought she was living in a rom-com.

“Because I have it all: the sympathetic backstory, the montage of humiliations minor and major, unrealized career aspirations, the untamed pre-makeover hair. But still, I wait. Single, lonely, Hanksless.”

When a big-budget romantic comedy is being shot in her small Ohio town, her uncle just happens to have been college roommates with the director (and that never came up before with the girl obsessed with movies????) and he got her a job on set. Then she has the perfect meet-cute with the star of the movie, but she is too blinded by the movie in her head to see it in person.

“Maybe it’s time you stopped waiting around for Tom Hanks to show up. Maybe this time you have to be your own Tom Hanks.”

I really liked all the supporting characters including BOTH of her potential love interests. Drew was awesome and real despite being a movie star, but that was the problem too, he was REAL, and she wanted fiction.

“I always think you’re exaggerating, but you’re literally in love with a fictional man. You know those movies aren’t real, right?

Waiting for Tom Hanks was a cute concept, one I may have enjoyed more if I hadn’t JUST read Screwdrivered by Alice Clayton. Though the story is totally different, the heroine also thought she was living in a romance.

Waiting for Tom Hanks was a cute, light beach read and if you love 80s rom-coms, you might enjoy this. For me, I need to love the heroine to love the book, and I spent most of the book wanting to smack her upside the head. A gorgeous Hollywood leading man is crazy about her but she ignores it because it’s not like a rom-com? SMACK. Her obsession was over-the-top ridiculous as were a couple of other things that just held me back from really loving it. The potential was there, the writing skill was there, I just found her to be annoyingly in her own head. 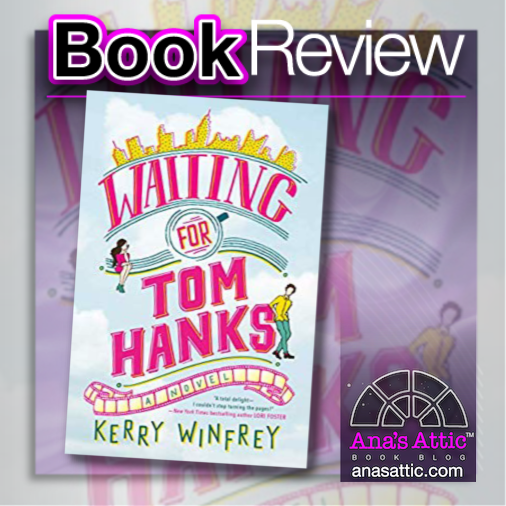