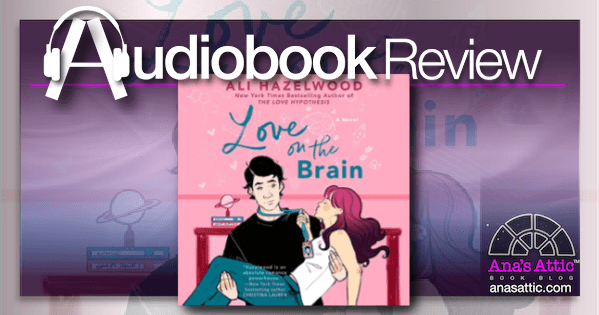 Love on the Brain by Ali Hazelwood

Love on the Brain felt so similar to The Love Hypothesis. Not only because of the enemies-to-lovers in a lab setting, but in the personalities of both main characters. The stories differed of course, but I still felt like I had already read this. Despite that feeling, I really enjoyed Love on the Brain.

Bee Königswasser is a neuroscientist who was screwed over by her ex and best friend. She’s really in need of a project that would further her career when the opportunity to help create a new astronaut helmet with NASA arises. The only problem? She has to co-run the project with her grad-school nemesis, Levi Ward.

Levi has made it abundantly clear that he despises Bee. He won’t look her in the eye and can barely stand to be in the same room as her. When they do need to speak, he is a rude prick. He also seems to be trying to sabotage Bee’s role in the project.

But not everything is as it seems.

“You were always in my head. And I could never get you out.”

Levi may seem grumpy, but he is a total cinnamon roll, except in bed, where he knows how to take over.

“I want to tell her that she’s luminous, she’s so bright in my mind, sometimes I can’t focus.”

Brooke Bloomingdale is new to me, as far as I know, and I really enjoyed her narration. I hope to hear more of her books. There was nothing that made the audio stand out so much that you should pick one format over another. It’s just personal preference.

If this was the first Ali Hazelwood book I read, I really would have loved it. I still loved it, but it just felt a little too similar to The Love Hypothesis. Of course romances about women in STEM will have some similarities, but the two stories mixed together in my head immediately because the personalities were so similar. I still really enjoyed the book and didn’t want it to end, but I’m hoping for a bit of a different story with new personalities next time.

Purchase Love on the Brain by Ali Hazelwood 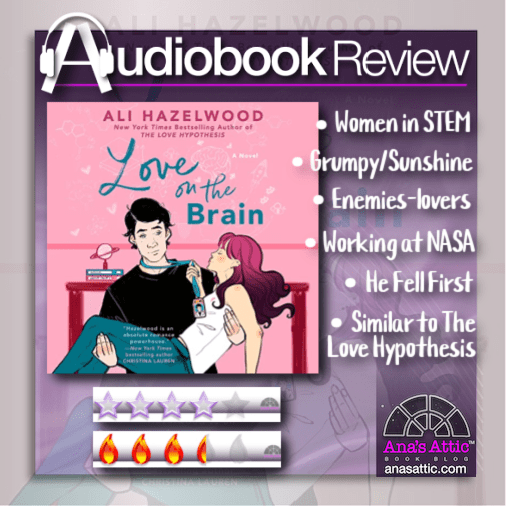