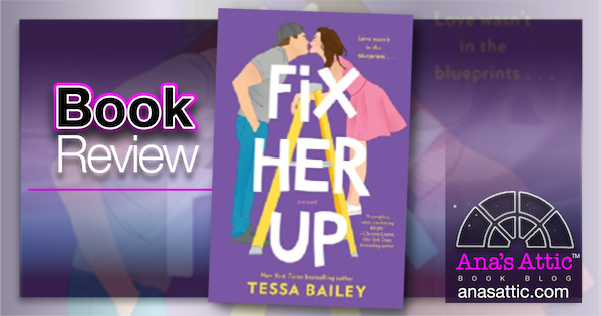 Fix Her Up by Tessa Bailey

Contemporary Romance, 1st in a series of standalones.

“Dammit, Georgie. You had to be exactly what I need, didn’t you?”

As much as I enjoy the illustrated cover trend, I am finding that a lot of them don’t quite match the story inside. I expected Fix Her Up by Tessa Bailey to be light, fluffy and on the clean side, but let me tell you, it was NOT clean, it was HOT. There were some light and fluffy moments, but there were some serious themes that definitely brought the emotion, and there was also a dose of chick-lit inside. 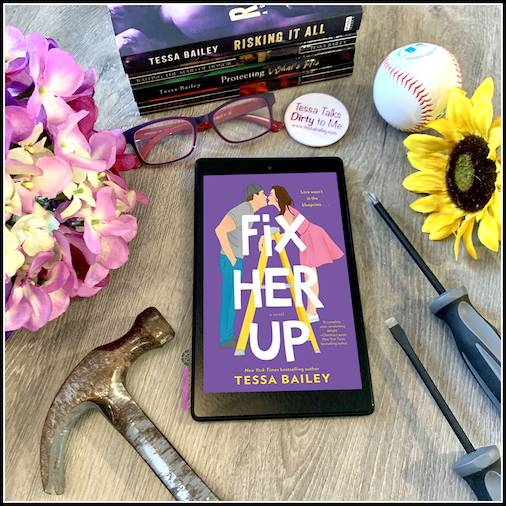 Georgie is the youngest sibling in a large family. Her family owns a house flipping business, but she did her own thing and became a clown.

“Georgie had stuck her business degree diploma in a drawer and become a clown for a reason. Making people laugh and spreading joy made her happy.”

It’s bad enough being the youngest sibling and not being taken seriously, but being a clown? Obviously, that adds a bit! Travis was a pro baseball player who, after an injury ended his career, is home licking his wounds. Travis is Georgie’s older brother’s best friend, and she has had a crush on him for as long as she can remember. So when nobody can get through to Travis and get him back in the world of the living, Georgie won’t let him wallow. Lo mein to the head anyone?

We also have a side story where some of the women form a group for female empowerment. The Just Us Club is a great part of the story, and I wish we had a little more about their businesses, but I think we will get that in the next books in the series about Georgie’s sister or friend.

“A club. I’m proposing a club for women, of which we’re the founding fucking members. We all want things. Let’s go get them together.”

Travis has a reputation of a player, with the nickname “two bats”, but he is in the running for a sports announcer position at a wholesome station. Georgie is never taken seriously, so they propose a fake relationship to help them both out. She’s be considered an adult, and he’d look wholesome with this sweet little virgin clown.

At first I had a bit of a hard time getting into Fix Her Up. Third person is not my favorite, plus I literally just finished a book with almost the same premise. The tropes were pretty common. But the hot sex and Georgie’s development won me over.

“Whining and shaking on top of me, showing me how hot you’d be to fuck, but baby girl can’t seal the deal on her own. Can you? Need to be held down and told to come while I’m riding your pretty panties, don’t you? Well, go on.”

Travis was so broken inside and grew up so unwanted, that he couldn’t really believe a girl like Georgie wanted him, and I found that vulnerability so sweet.

“The girl offering her mouth in a way that made him feel . . . worthy.”

In the end, I really loved Fix Her Up despite my initial difficulties. 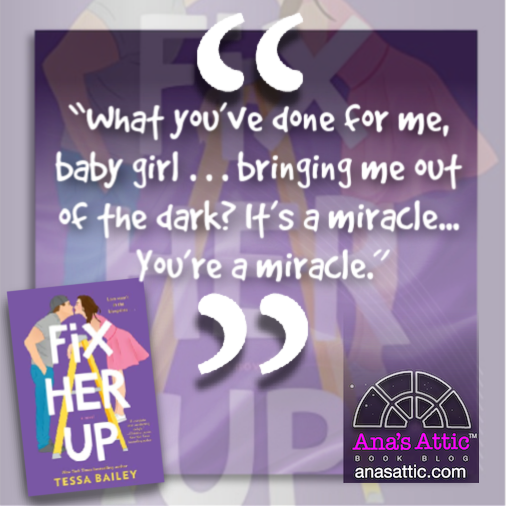 Honestly, the hot sex won me over. I haven’t really been into erotic books lately and none of the ones I do read have really done it for me recently. But there was something about this that pressed all my buttons (tee-hee), and there wasn’t a lot of it, so it never overwhelmed the story. As soon as the first almost-sex scene happened I was all-in and completely fell for the broken and unwanted Travis. I loved Georgie right from the start and I loved watching her strength and leadership grow. I am fully invested in this family, and I can’t wait to read the next in the series. Fix Her Up by Tessa Bailey is billed as a rom-com from what I can tell, and while it does have elements of romcom, I think it is way more of a straight contemporary romance, and it’s one I’d recommend.

Purchase Fix Her Up by Tessa Bailey 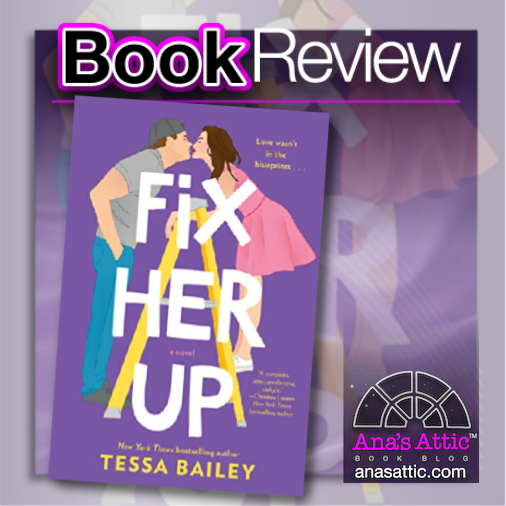