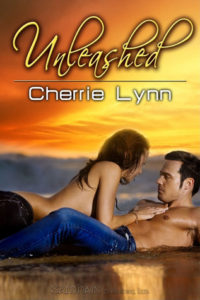 Unleashed Ross Siblings #1 (but there is a prequel, see below) by Cherrie Lynn was a great friends-to-lovers, second chances story. Kelsey found her husband in bed with her best friend from college, Evan’s fiance, leading to the break-up of both of their relationships. Kelsey always had a crush on Evan, but by the time Evan came around, Kelsey was already married to Evan’s best friend. Well, the second chance comes when Evan has non-refundable honeymoon tickets and he convinces Kelsey to join him.

I read Rock Me, the second book in the series, first, not knowing this is a series. I wish I read this first, I may have enjoyed Rock Me enough to be 5 stars (it’s 4.5 to me). As it stands though, I enjoyed this book a little more.

I loved the second chance at love type of story. Their relationship was great, and it was refreshing that they knew each other so well, but not well enough not to have the misunderstandings all couples have. I really enjoyed Kelsey, and especially her friend Lisa. The book was written almost the way a friend would tell you a story.

I thought this book was wonderful. It had great love story, real characters, some humor, hot sex…what more could you want? Evan is also a good guy. Good guys usually aren’t so hot in books, but he was here! I didn’t want to put it down. I will buy anything she writes now.

“Give me time to do this right. To give you everything you deserve. And I will, I promise.”

Though it is not the most memorable, it was a really great read.

Update: I forgot to add that there is a prequel on Cherrie Lynn’s site called Barely Leashed. It’s a quick 10 minute read: Barely Leashed 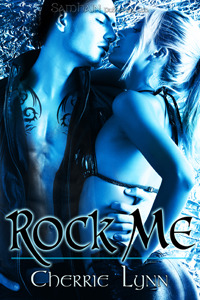 I read Rock Me first, not knowing it was part of a series. If I read it after meeting Brian in Unleashed I think it would have been even better.

Brian is Evan’s (from Unleashed) bad-boy brother. Completely covered in tattoos, and owning his own tattoo parlor, he is everything Candace’s family despises. Candace is innocent (read-virgin), and in an act of rebellion, she gets a tattoo on her birthday, and the relationship begins to blossom.

I love the idea of the innocent girl falling for the bad boy. I also love when bad boys aren’t really bad. Sure, it was a little formulaic, but still, a really enjoyable read. I also received an education in this book. Brian had an “apa” which is a penis piercing! There are different kinds too, which of course I had to look up.

“I love it when you look at me like that,’ he murmured, his fingers kneading into the plump flesh of her cheeks, ‘How am I looking at you?’ she managed. ‘Like you want to eat me alive, but you don’t have a spoon.”

I  read this when it was recommended as similar to Backstage Pass and Rock Hard by Olivia Cunning. It came kind of close, but those were a bit better. Maybe it was all just a little too sweet and not quite unique enough. It was also suggested as similar to Beautiful Disaster. Again, I see some similarities (tattooed bad guy with innocent girl) but that’s it.

My biggest complaint, I must admit, was that it was too short!!! Maybe if I had MORE I would have pushed to 5 stars. As it stood, 4.5 stars for story, 4.5 for Heat. Highly recommended.

UPDATE!!!!! I re-read this book, a year and a half later, prior to reading Leave Me Breathless. I fucking LOVED it. Even more the second time, upping it to 5 stars and 5 for heat in my book. I guess I have read so many novellas since then that the length didn’t affect me as much and the fact that it was a little sweeter, this time made me like it more instead of less. I’m getting tired of the over the top Dom/sub books now. When I originally read this, I wanted more of that.

Purchase Rock Me by Cherrie Lynn