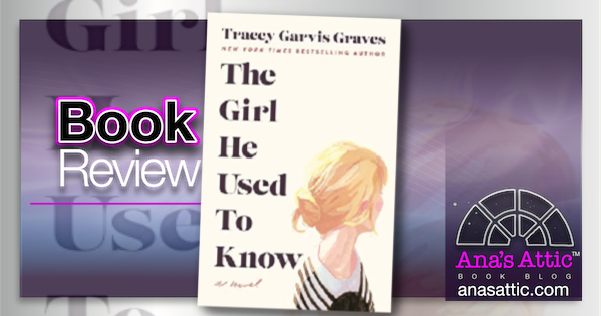 The Girl He Used To Know by Tracey Garvis Graves

“Did you ever fall in love with a girl who was different? Not just from any girl you’d ever dated before, but from most people in general?” 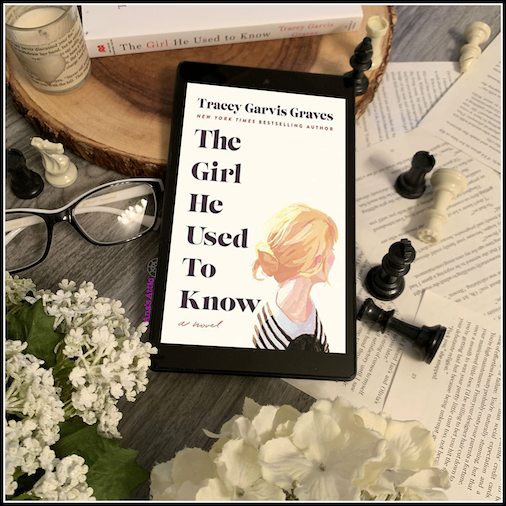 I love a unique book with unique characters, and Tracey Garvis Graves delivered that with The Girl He Used To Know. Set in 1991 and 2001, we meet Annika and Jonathan as they bump into each other in a grocery store in Chicago after a ten-year separation.

“But I will call. I’ll apologize. Ask him if we can start over. “Clean slate,” I’ll say.
Such is my desire to replace the memories of the girl he used to know with the woman I’ve become.”

Told in alternating POV in both past and present, we are witness to their initial love in college. Annika, though they don’t say it initially, (It’s 1991), is on the autism spectrum. She is pretty but painfully socially awkward and prefers books and chess to people. At times she is like a child, sweet-natured and naive about other’s intentions. She lucked out in college and got a fantastic roommate, Janice, who took her under her wing, (I LOVED Janice!) and convinced her to go to a chess club meeting. There, she met Jonathan.

Jonathan realized she wasn’t easy to date, but to him, she was worth it. Her quirks, though at times frustrating, were the very things that made her who she is, and what he loved about her. But the two broke up, and we aren’t privy to why for a while. We just know that it was her fault, so when they reunite, they are both struggling with the past.

My favorite part of the Girl He Used To Know was being in Annika’s head and seeing the struggles she has to fit in.

“Why were there so many things to think about? To remember? Why couldn’t I figure anything out in the moment instead of days or weeks later?” 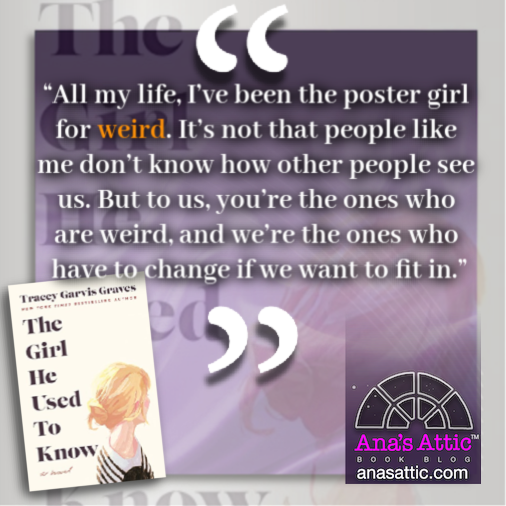 The story was a bit slow and introspective at first, but it totally worked for me. I loved seeing how a relationship progresses when one person has challenges to overcome. I liked how she was so worried about being the right person for him, that she never considered he loved her the way she was.

The last 20% almost felt like a different book. We lose a lot of Jonathan’s POV, and it was almost too big for the story. I feel like maybe it wasn’t necessary for this story, though it brought out every single emotion possible.

A unique combination of Women’s Fiction and Romance, The Girl He Used To Know by Tracey Garvis Graves is special and memorable. It’s so refreshing to read about differently-abled characters and the daily struggles they endure being different. I absolutely loved being in Annika’s head. I enjoyed seeing the struggles in keeping a relationship going with someone that doesn’t always react the way you’d expect. The end was fast-paced and almost felt like it didn’t go with the story. While I still enjoyed the emotions it brought out, I’m not sure it was really necessary for the story, and it felt very similar to another story I read recently. It dulled the uniqueness of the rest of the book. What would have brought it back, however, would have been an epilogue, bringing back the quiet awkwardness of the couple, which is really the heart of the story. Despite a few niggling things, all-in-all, I HIGHLY recommend The Girl He Used To Know by Tracey Garvis Graves, it was a highly unique and meaningful read that I will remember for a long time.

Purchase The Girl He Used To Know by Tracey Garvis Graves 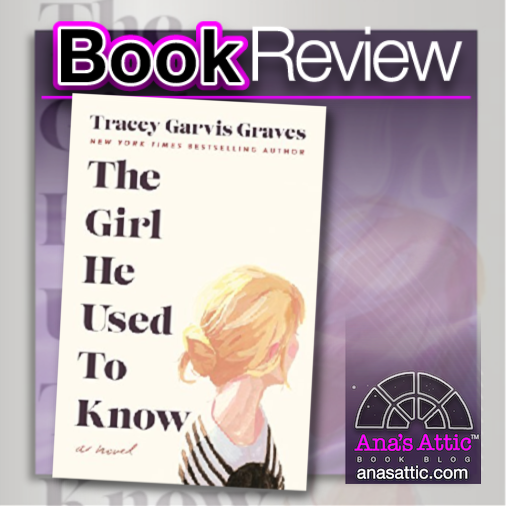