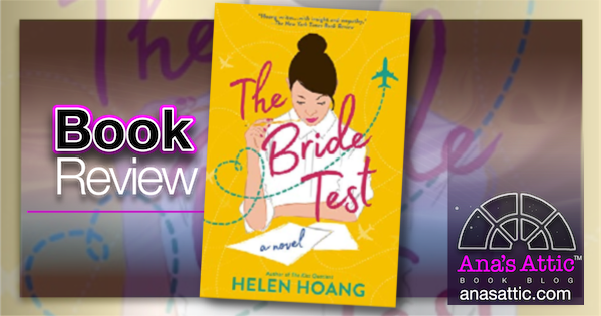 The Bride Test by Helen Hoang

*If you like shorter reviews, skip down to The Down & Dirty*

The Kiss Quotient by Helen Hoang was one of my favorite books of 2018 and I couldn’t wait to read The Bride Test, featuring Khai, the young autistic accountant.

“Nothing gets to you. It’s like your heart is made of stone.”

Khai’s emotions are expressed differently than the average person and when he didn’t cry at something everyone else did, he assumed he was completely incapable of love and pushed everyone away.

Khai had resigned himself to being alone, and he was fine about it until his mother traveled to Vietnam to find him a wife. Esme lived in a tiny one-room shack in Vietnam, sleeping on the floor with her child and her parents and cleaning hotel bathrooms to support them. When Khai’s mom happened upon her, she knew she found the perfect girl for him. Desperately wanting a better life for her family, Esme left her child with her parents and went to California for the summer. 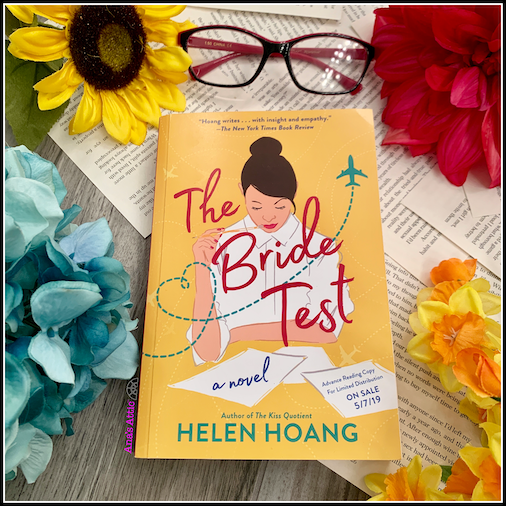 Khai can’t say no to his mother, so when she tells him he will have a roommate for the summer, the young man who doesn’t even date can’t refuse her. Esme’s energy and desire to please Khai was refreshingly adorable. Khai fighting his feelings for her was such a cool thing to read about because he truly believed he has no feelings. But what bothered me is that nobody explained to Esme that Khai was different and may not treat her as she thinks he should. I mean, his mom brought her over from Vietnam and wants them to work out, why wouldn’t she explain?

“I’m autistic, and I have sensory issues. There’s a certain way to touch me, especially my face and hair.” He switched his attention to her face. “It’s probably best if I show you. Can you give me one of your hands?”

This was one of the rare times autism was even mentioned in the book. But with a language barrier and being caught in the moment, it went in in one ear and out the other for Esme. Had he, or anyone in his family explained it better, so much angst could have been spared (but then I guess we wouldn’t have a great book, right?)

Khai never thought he’d be with a woman, so his discovery of his needs was charmingly funny.

“Fuck, he was sporting an erection in his damned car. If he hit a speed bump, he’d probably break his dick in half. He needed to think about the desert, the arctic, Statement Number 157 from the Financial Accounting Standards Board, anything else.”

And when things progress, he really doesn’t know what to do.

“They don’t talk about the ‘clitoris’ in health class at school.” It didn’t even sound real. For all he knew, it was an urban myth, like the Chupacabra.”

Reading the book, you know Khai is in love, but he thinks he isn’t capable.

“Love and addiction were different things.”

But he was more than capable of love, and I loved everything about Khai. I never doubted his love, but Esme had so many other reasons for wanting to stay in America that I never felt like she was 100% in it for Khai rather than the opportunities in America. 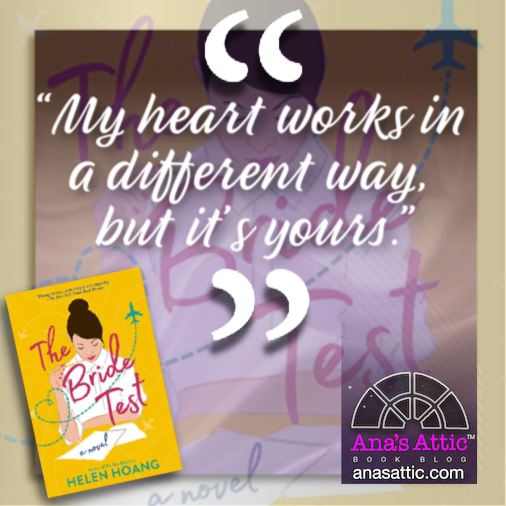 I still loved every second of reading this sweet and unique novel, I just wish I felt more of her love for him.

Getting to know Khai and seeing him gain a better understanding of himself was my favorite part of The Bride Test. As a reader, we were able to see that Khai was in love, and it was heartbreaking to read that he thinks he is incapable of the emotions he so clearly has. I also loved the drive Esme had to better herself as an immigrant woman. The Bride Test was a charming story that I gobbled up in one day and loved every second of, but there were a few things that held me back from the 5-star rating. I felt that his autism should have been explained to her early on (and to the reader as well), and I didn’t feel that she had the same desperate love for Khai as he did for her since she had her own reasons for staying. Still, I would 100% recommend this unique and diverse book to anyone looking for a romantic comedy with a little something extra, and I can’t wait for the next in the series.

*In the Audible Romance Package 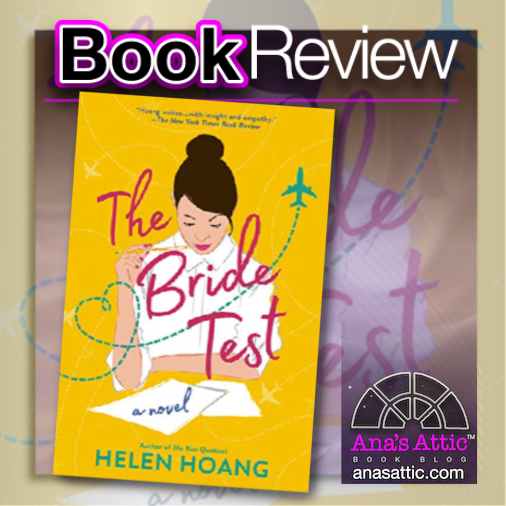