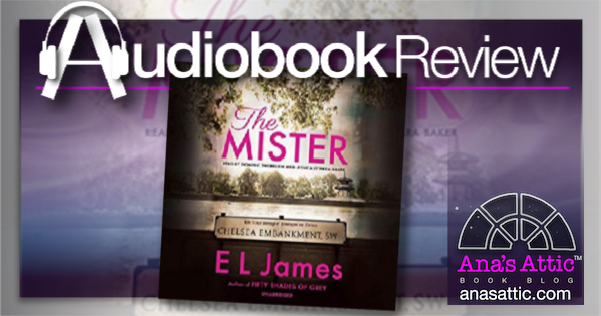 The Mister by E.L. James

Contemporary Romance. Currently a standalone, but a little open-ended for a follow-up.

I loved Fifty Shades. Sure, there were some issues, but overall, how the books made me FEEL overruled everything. E.L. James changed my life in many ways, so it was with a bit of trepidation that I decided to listen to The Mister. I never read the blurb, even when I shared it. I never saw teasers. The only thing I knew going in was that it took place in England and that there were a ton of people trashing it. But EL James has a lot of haters so I took that with a grain of salt. 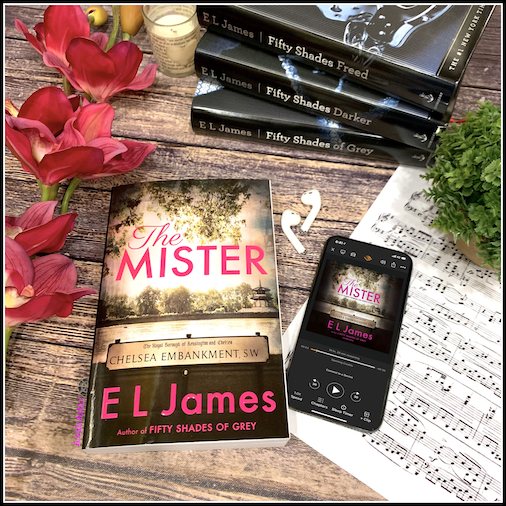 Honestly, I don’t usually love books set in other countries as much, though there are absolutely exceptions, but the expressions, spellings, and locations sometimes take me out of the story, and I don’t relate as well. Luckily the narrator had a good accent and it helped me enjoy it more on audible than I think I may have if I read it.

Not knowing anything about The Mister, but thinking for some reason that it was very different than Fifty, I was surprised that it was similar in many ways. He was wealthy (and an Earl) and she was a lowly, virginal housekeeper that he couldn’t stop getting hard for.

“I know I should look away, but I’m distracted by her underwear. They cover her backside and come up to her waist. They are possibly the largest knickers I’ve seen on a woman.”

Let me tell you though, I still got sucked in immediately and not once did I ever want to stop listening. Despite some eye-rolling moments (“oh, baby”), I was hooked on the Cinderella story.

E.L. James did something interesting with the POV, it was told most often in first-person in Maxim’s head, and also third-person in Alessia’s, but not as often, making this very much Maxim’s book. I know a lot of people didn’t love that, but I didn’t mind it, even though I normally don’t like 3rd person, it just made it more of Maxim’s book, and I love male POV books.

“An heir and a spare”

Maxim grew up as the “spare” spending his time being a DJ and a model. When his brother died, he had to step into a role he didn’t want as the Earl while mourning his passing (and fucking his sister-in-law, the widow). Alessia is his new housecleaner. She left Albania to come to London but was kidnapped from and escaped from sex traffickers. Her life in Albania was very sheltered, and women are covered and seen but not heard, but she was an accomplished pianist who saw music in colors. Cleaning “The Mister’s” apartment allowed her the moments of pure joy she can only get from playing the Mister’s piano (or seeing him naked and asleep).

“Would this ever get old? Listening to her? I open my eyes. Watching her. Her beauty. Her talent. Playing such a complex piece from memory. The girl is a genius.”

After listening to The Mister for 8 hours and enjoying it, I realized that the story was progressing really slowly, and then saw I wasn’t even halfway yet. I was still enjoying it, but it began to feel overly detailed and repetitive. This was the first time I felt like maybe I could understand why people said it was a bit slow and boring. Though I was still enjoying it, there could have been a good chunk cut at no expense to the story. It was already double the average length, but the second half of the book really started moving and totally made up for the slowness of the beginning.

For some reason, I was taken aback by the eroticism of the book. I am pretty sure I heard warnings not to expect it to be hot like Fifty, and though it wasn’t, there was plenty of sexy moments, and often times I felt like I was listening to Darker (Christian’s POV). There was definitely a recognizable feel to the writing, though I think her skill has improved.

I was telling a friend last week that it almost seemed like it was written before fifty and cleaned up. And lo and behold, EL James confirmed that she started writing it in 2009.

I think the narration enhanced the story. Hearing words I don’t normally hear in a good accent works for me better than reading it does, so his British and her Albanian accents really added to the story for me. I also don’t notice flaws as much because I get caught up in the acting.

I enjoyed The Mister. Did I love it? Some parts of it I did, but other parts not-so-much. It was a 16.5-hour book that would have been better in 8-10 hours. That being said, I loved the story and the romance but think that a good editor could have come in and made it so much better. I loved being in Maxim’s head. I love a Cinderella story. I loved the power differential. I loved the romance. I loved the music connection. But boy, there were some cringe-worthy moments reminiscent of Fifty that didn’t work here. There was a pacing issue–too slow at the beginning and rushed at the end. I didn’t love that we are left kind of open-ended with a happy for now and no epilogue. But I still enjoyed it thoroughly and I guarantee you, if there is a The Mister 2, I will be grabbing it.

I think it is very hard to get a pure review from anyone about an E.L. James book unless she uses a pen name. Everyone will go into it with expectations that will influence how they feel. I overall enjoyed the read, I was never bored, and I loved the story, but would have loved it more if it were shortened and modernized a bit. But I am the first to admit that I’m not sure if I gave it more of a chance or was more critical because of who wrote it. I think if anything, it’s the latter.

Last, if I read it 10 years ago when she started writing it, I think I would have enjoyed it more, but the wave of amazing books that was sparked by Fifty has spoiled me and made me much pickier now. It’s ironic that she is responsible for that!

Purchase The Mister by E.L. James 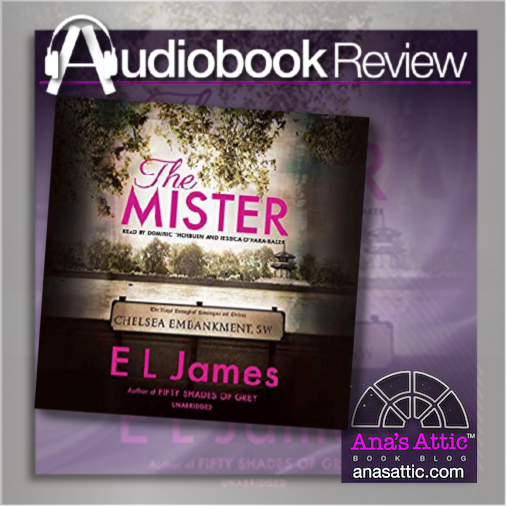