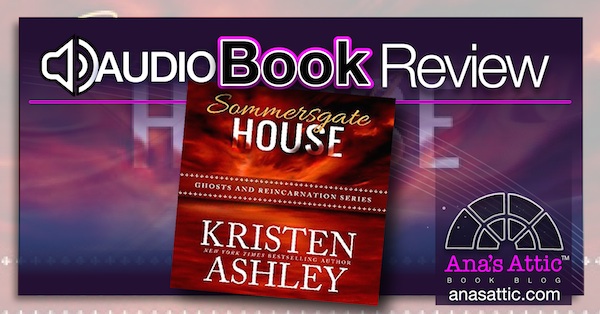 Standalone in a themed but unrelated series. Romance with some Ghosts.

I have deliberately held back on a few Kristen Ashley books so I have something to always look forward to. I have owned the Ghosts and Reincarnation Series for years but I have been saving them for a rainy day. But then they came out in audible, and I couldn’t wait any more. I’ll be honest. Sommersgate House was not one of my favorite Kristen Ashley books, but I hold her books up to a higher standard, and this was written 6 years ago. I still enjoyed every second of it, don’t get me wrong, but it didn’t quite have the “epic” most KA books have for me.

My main issue? Third person. While I always prefer first, some third person is done really well and I barely notice it. That may be the case with Sommersgate House, but not in audio. The narrator was more of a narrator than an actor story-wise…yet she acted, so it kind of threw me off a little. Between the third person, a lord living in a castle, and a formal sounding narrator, Sommersgate House often gave me the feel of historical fiction.

*Note: Sommersgate House is originally the second book of the series, but Kristen Ashley has it as first in the series now. It is based off of a real house in England. 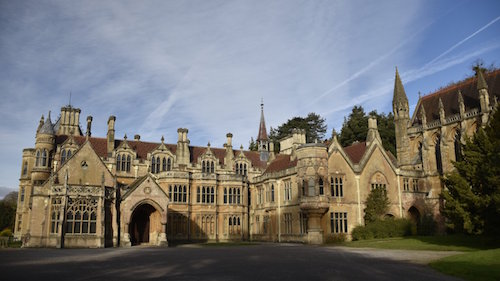 Julia’s sister lived in England at Sommersgate House with her husband and children until she and her husband passed away in an accident. The will stated that Julia must move from America to Sommersgate House to raise the children with her brother-in-law, Lord Douglas Ashton, who lives there with his witch of a mother. Sommersgate itself was almost it’s own character.

“Worst of all, the house was tense and make no mistake about it, even though it was simply mortar and stone (albeit grand mortar and stone), Sommersgate could most definitely be tense.”

Though the story focuses on the stern and formal Lord Ashton and the soft-hearted American, Julia, raising the kids who just lost their parents together, there is a whole side story about a couple who haunts the castle.

“No one knows the real story,” Mrs. K began. “Some say he killed her, some say someone else killed them both. The truth is, they found his body outside, dead from exposure and looking like he’d been trying to get in. They found The Mistress in the house and she’d been strangled.”

The ghosts were not the main story at all, but the presence is felt throughout the story. The main focus, of course, is the romance. Douglas Ashton is not your typical Kristen Ashley alpha with the alpha speak, but he is still an alphahole—just more polished than most of her others. And his formal way of speaking and thinking changed the feel of the book to much more old-fashioned than all of the books I have read from her except maybe The Will.

Don’t worry though. It still has that KA feel.

“When he was going to have his fill of her, he didn’t know and he was beginning to doubt he ever would. Every time he had her, he wanted more, needed more, she was like a fucking drug.”

“If you ever leave,” his voice had changed from soft to harsh, “I’ll find you and bring you back.”

My favorite part is the kids, and I loved the way the narrator portrayed them. I love books with kids, and Kristen Ashley writes some of the best of them. Sommersgate House was a very slow-burn romance, but you couldn’t miss the connection between the couple. So much so that the kids even played matchmaker. And once the two gave into their desires, you couldn’t deny the chemistry.

Sommersgate House by Kristen Ashley is certainly a unique read. I love a book with kids, and the narrators portrayals of the kids was great, especially 4 year old Ruby. The entire story is a bit sad. I mean we have three orphans, Douglas and Julia just lost their siblings, the only people they were close to, they both had sad pasts, and the ghosts themselves were sad. Although this is a romance, and everything is happy in the end, it still had a formal, sad feel through much of the story. That being said, I still really and truly enjoyed it, I listened every chance I got, and plan on listening to the next two (because the last two aren’t on audible yet) in the next month or two. 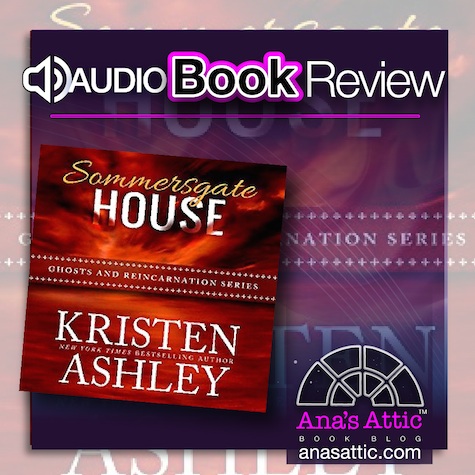