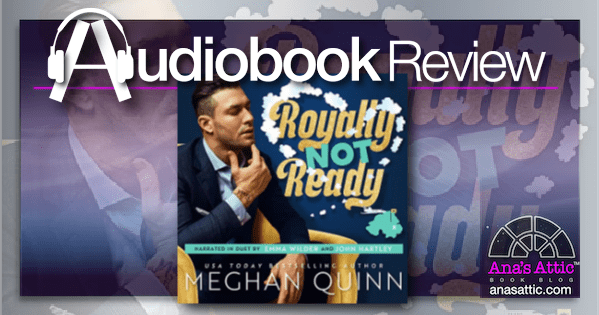 Royally Not Ready by Meghan Quinn

A funny and hot royal fairytale from one of my favorite authors? YES PLEASE. Royally Not Ready by Meghan Quinn fit that bill many times over. Sure, it’s silly and over-the-top, but that’s what made it fun. What I didn’t expect however, was the STEAM!

Lilly ran a bikini truck that featured wet t-shirt contests in Miami. While spraying some women down she is approached by a big, grumpy hottie, Keller Fitzwilliam. Keller tells her about her family in a small island country called Torskethorpe. Her mother passed away and she had no living family that she knew of, so after doing a little research, she joined Keller to meet her grandfather, the King.

When she gets there, she’s informed she is the only heir to the throne, and the country would be taken over if she doesn’t run it. Lilly is a dirty talking, pierced nipple, often ridiculous wild child. And she is to be queen?

“What are you doing?” he asks, irritated.
“My nipples. I think they fell off. Do you see them?”

Lilly made me laugh so much. She did anything to get a rise out of Keller while he was training her to be Queen. Most of it made me literally laugh out loud, but she did cross the line a few times to the point that she was sexually harassing Keller (not that he really minded, but if the roles were reversed it would have been really bad).

Keller was the King’s assistant and also worked security. He was born and raised to be a servant of the palace, so he had reservations about getting involved with Lilly. But he is 100% Dom in the bedroom, and she is a sub (the bratty kind). Once they hooked up, that connection was HOT!

To be honest, I kind of zoned out on the sexy times. I think I may be broken because this is Meghan’s hottest book yet, but I have a harder time listening to sex than reading it and I’m kind of over the whole D/s thing, especially this type. But I think most romance readers will love the sex scenes.

The ridiculously funny scenes were made so much funnier from Emma Wilder’s acting. When I was looking for the quotes I noted, I re-read a scene on kindle after listening to it and laughing out loud. It was still funny, but nowhere near as funny as when I listened. Then I listened to the same spot again and laughed! That says a lot to me. The duet narration made this book even better.

Royally Not Ready by Meghan Quinn was her hottest book yet, and definitely had some of the funniest scenes I’ve read. I loved listening to this book but something about their D/s power dynamic threw me off a little. Emma Wilder’s voice acting made some of the ridiculous scenes even more outrageous, and there was one point that I was laughing so hard I teared up while driving (not cool). Once again, Meghan Quinn delivered a really fun and sexy read, and I recommend it for those who enjoy a non-realistic, fairytale storyline. 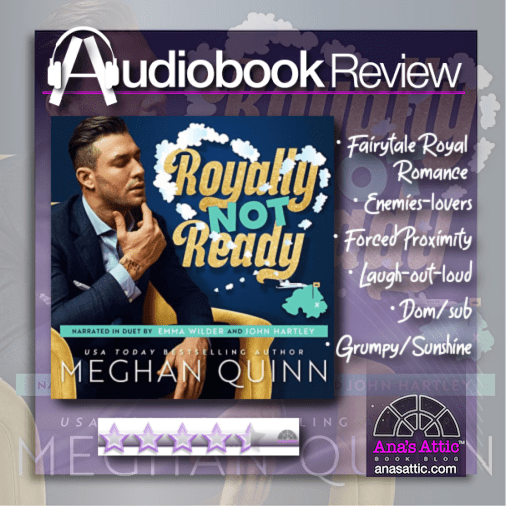