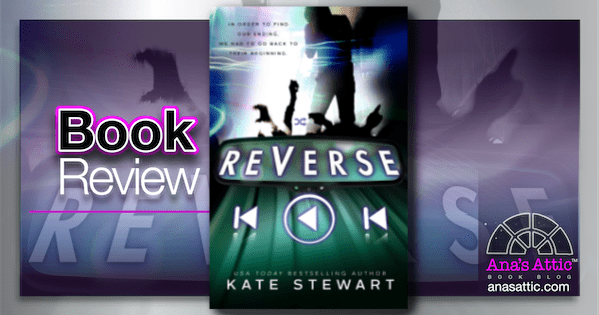 Skip to the bottom for the quick Down & Dirty Review. This post contains affiliate links.

“Their story doesn’t change the significance of ours.”

Drive by Kate Stewart is one of my favorite books ever, and to fully enjoy Reverse, you need to read Drive first (see my review). Drive came out in 2017. After 5 years, I needed to do a re-read, which I did on audible and loved it just as much. But if you are not a re-reader, let me catch you up.

**Spoilers for Drive***
Reid was an up and coming rock star. Stella was an up and coming reporter. They had a great romance but he wasn’t ready. She moved on with Nate, the owner of the paper she worked at. They were happy for a few years…until Reid came back for her and she broke Nate’s heart.

First, be aware. Reverse is LONG. make sure you have time in your reading schedule. The main characters in Reverse (which takes place in the future, kind of) are Easton Crowne (Stella and Reid’s son), a music prodigy about to become famous on his own, and Natalie Easton, Nate and Addie’s daughter.

“You’re a media princess.” Her eyes narrow. “And you’re rock royalty. We both have legacies to try and live up to.”

While looking through some of Austin Speak’s archives, Natalie came across e-mails between her dad and Stella Emerson (now-Crowne), one of Natalie’s reporter idols. She was so close with her father (Nate) and couldn’t understand why he never mentioned the relationship at all. So instead of going to her father, she seeks out Stella and Reid’s son, Easton.

“There hasn’t been a day of my life where I haven’t been entangled in the purity of some sort of melody, either someone else’s or my own. Music is as necessary for me as the air I breathe.”

Music was such a HUGE part of this story. I listened to every song and read along with the lyrics at the beginning of every chapter. The songs set the mood and are all worked into the story in some way.

“Easton Crowne is not some budding star. He’s a supernova.”

Easton is a prodigy who has written and recorded hundreds of songs, playing every instrument. But he has never released any and has never played in public. When Natalie finds him, the connection is instant, but she pushes him away as much as possible because she doesn’t want to betray her father (even though he’s been happily married over 20 years.) The sexual tension between her and Easton was pretty damn hot.

“If you weren’t so determined to keep me out of your bed, I’d be fucking the breath out of you right now, Natalie.”…
“In my mind, I’ve already sunk inside you a thousand times.”

Natalie is so in love, but so willing to give it up for her dad without even talking to him about it first. But Easton was determined.

The angst in this book is OFF THE CHART. Kate wrung out every single emotion during the 4-5 days this took to read.

“Being with Easton in any capacity is like trying to cling to a shooting star, and somewhere inside, I know that if I don’t relish this time with him, I’ll miss it as he burns his brightest.”

Though I have a few issues with Reverse, when I finished, my first thought was “WOW, Kate did it again.” But this book was LONG, and I did struggle with a lot of inner dialogue in the first half. It still had some of the most beautiful and memorable moments, and the musical tie-ins were on-point. I was an emotional wreck at parts, and I completely fell for Easton Crowne. Revisiting with some of my favorite characters ever was just icing on the cake. If you loved Drive, I think you’ll love Reverse, but make sure you block out a good chunk of time because it’s the length of 3 average books.

See my Review for Drive 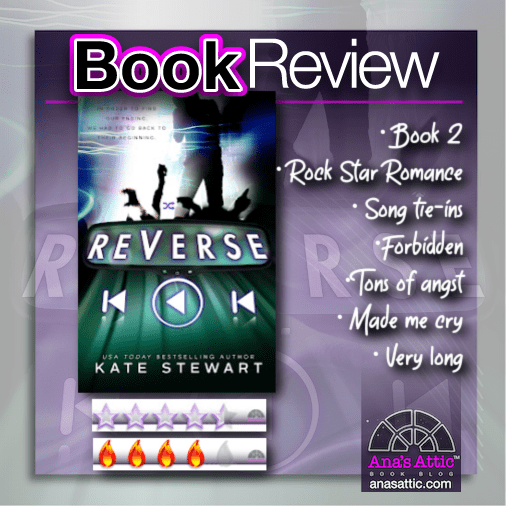