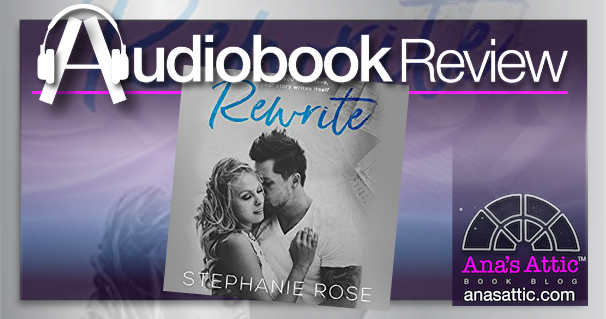 Rewrite is a perfect example of why I blog. Stephanie Rose is a completely new-to-me author, and I just want to help more people find this gem of a childhood friends to lovers/second chance romance. While Rewrite isn’t the most unique premise, Stephanie Rose’s writing made it a pretty epic read that I enjoyed every emotional moment of.

“I met the love of my life when I was five years old.”

Josh protected Brianna from some bullies in kindergarten, and from that day on, they were best friends. due to problems at home, Josh started getting in trouble at a young age, and when he had to make money to eat, he found himself in a bad crowd, doing bad things for bad people. Brianna tried to help, tried to hold on, but he didn’t want to drag her into his world. When his only choice was military or jail, he left her and enlisted.

“Just move on. Go to prom, go to college, have a good life without me around to ruin it for you. Forget about me Cupcake.”

10 years later, Josh finally has his life together, and he is back for his girl. The only thing is, she is in a committed relationship with someone else.

“He’d cleaned up his life but still looked every inch the bad boy. Tattoos covered his arms from his biceps to his wrists. His hair was buzzed short with a couple of days stubble covering his cheeks. But he had the same twinkling eyes and crooked smile as the five year old boy who stole my heart.”

Josh isn’t going to let that stop him. If he could only have her friendship, he would take that, but he worked for 10 years to be worthy of her. He wasn’t giving up easily.

“She was my girl long before she was anyone else’s. Too bad I never told her.”

The pace of the story was beautifully done, and I love that the reconnection wasn’t instant. But you know from page one, it has to happen. They belong together, no doubt about it.

“You can’t run from your heart and soul – because it always comes with you.

There is a small mystery throughout the first part of the book. It’s just hinted at a few times, but you know it will come into play. When it does, holy hell, it was hard, but then OMG, another twist! Eek! Can they survive it? Should they? 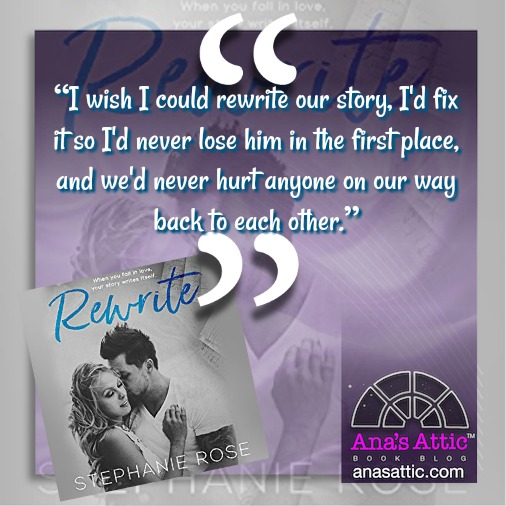 Note: There is a part that some may find unnecessary, and it’s not usually something I like in my books, but it worked here and made the characters even more real to me.

I loved both narrators. They both sounded very familiar, but in looking through their other books, it looks like I may have heard her once a few years ago, unless they both use other names. Either way, I think that the narration was excellent and may have even added to how good the story was.

Rewrite by Stephanie Rose was such a pleasant surprise for me! I wasn’t familiar with her books at all and had no idea what to expect, but I can tell you, I wasn’t expecting it to be this good, because why didn’t I see everyone recommending it? Well I am. This is one BIG FAT recommendation for a beautiful, life-long romance with so many feels, from laughter to heartbreak and everything in between. Go grab this one now, you won’t regret it.

“There was never a single second I didn’t belong to you. All I ever wanted was you.” 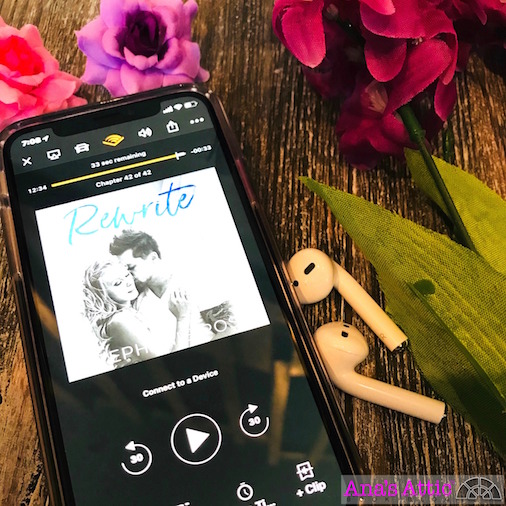 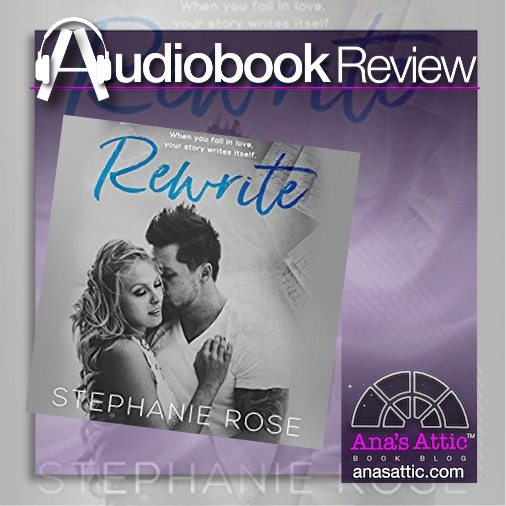