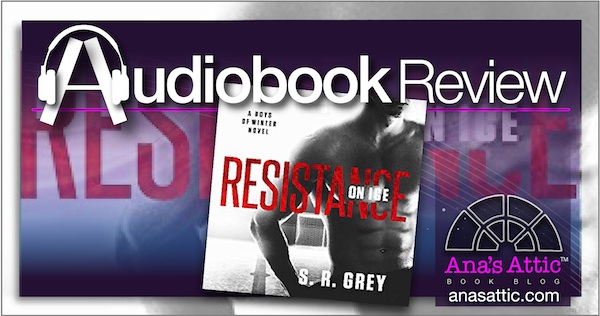 Resistance on Ice (Boys of Winter 2) by S.R. Grey

Resistance on Ice is the second standalone in SR Grey’s Boys of Winter Series. I enjoyed the first, Destiny on Ice, and Resistance is just as good. It was a combination sports romance, second chance romance and friends-to-lovers romance in one well-narrated package. Just like the first in the series, it was pretty low on angst, funny and sexy. An easy, enjoyable read.

While the story stands completely alone, I do believe you will have a better experience if you read the first in the series, especially because one scene in Resistance really brought back the funniest scene in Destiny on Ice.

Lainey and Nolan had been secretly seeing each other. Aubrey (from the first book) is her best friend and is dead set against Lainey getting together with Nolan the Manwhore. Nolan is not a guy to get involved with. Sure enough, as soon as his relationship with Lainey started getting too good, he had to make sure to end it.

I was being a real prick, I knew it, but I couldn’t help myself. My fear of commitment had reached fever pitch. I knew this one could hook me. And I couldn’t have that. I’ve been down that road before, and boy did I ever get burned. Never. Again.

He hurt Lainey really badly. But when she moves back to town, Nolan realizes he was an asshole and wants her back. But she isn’t going to let herself get hurt by him again.

“We need to step back and concentrate on being friends, Nolan. And I mean just friends.”

It’s so much fun watching this couple try to torture each other with “friendship” when they are so obviously more. But Nolan is still not “there” yet, even though he really wants her. And he has been hiding something important from her for a good while now.

Lainey is a bit immature and Nolan is as well, so they are good as friends. The problem is, they can’t keep their hands off eachother, nor can they keep from getting emotions involved.

Reagan West had a great voice for narration. Because it was alternating first person narrated by only one person, you would usually need to have the narrator easily able to have two voices, one for each character. Raegan didn’t do that very much, but the way it was written gave so many continual clues on who was speaking, that I never got confused.

Resistance on Ice was a fun and sexy sports novel that incorporated sports, romcom, 2nd chance and friends to lovers. It was a cute, fun way to pass the time and I enjoyed listening very much. A few things she did made her a little too stupid and doormat-like, but not to the point of me disliking her except for one really stupid move, but it was a pivotal scene. Though it stands alone fine, I think reading (or listening) to Destiny on Ice first would provide the best reading experience, especially if you like glowing green neon! 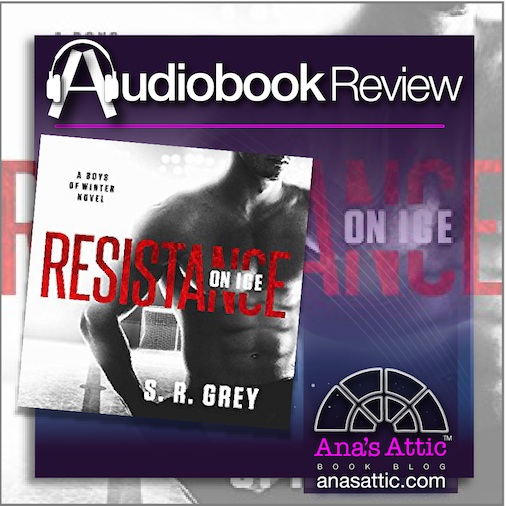