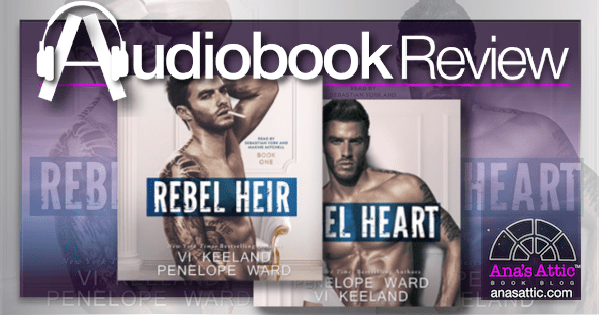 I was listening to Midnight Sun and needed a break, so I went through my library for books I bought but never listened to. I was so excited when I found Rebel Heir by Vi Keeland and Penelope Ward. I had no idea it was part of a duet, but let me tell you, when I got to the end I couldn’t click Rebel Heart fast enough. 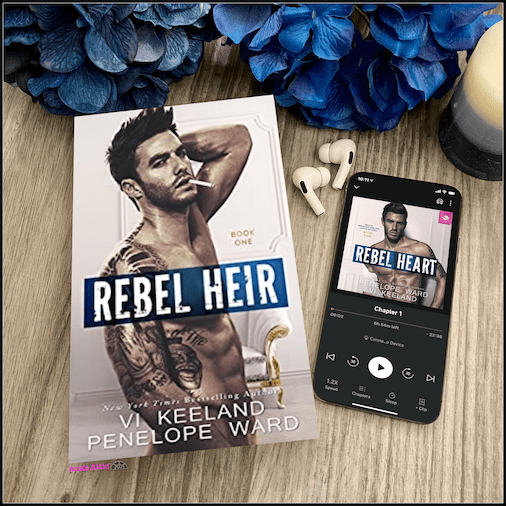 Gia is spending the summer in the Hamptons trying to write a book. She has writer’s block and her advance is dwindling down quickly, so when a friend begs her to fill in bartending for one night, she accepts even though she has never poured a drink before.

After some snarky banter with the gorgeous asshole seated at the bar, Gia realizes he owns the place, and not only is she in trouble, but her friend might be fired too. Until the hostess called out of work and Gia was in the right place at the right time. Rush may be known as an asshole to the employees that are scared of him, but Gia’s sassy attitude is just what he needs.

“You know, you can pretend all you want, but I know you wanted to kiss me just now. You shouldn’t have been a pussy and just done it.” Then she shut the door and yelled, “Good night, bossman.”

Rush grew up as the hated child in a very rich family. His brother and father were slimy assholes and there is no love lost between them, that’s for sure. But it affected Rush so much that he just assumed he was as bad as they were.

“She writes romance novels, Oak. Fucking fairytales. That means, deep down, she wants the fairytale for herself. And I’m not the fairytale. I’m the horror story. I’m the fucked-up bastard child of an asshole, and it’s very likely that the apple doesn’t fall far from the tree.”

I loved listening to Gia and Rush get to know each other through their banter and arguing and fall in love. She didn’t take his attitude and she made him feel worthy of her.

“You ever just look at someone and know that if you let them, they could turn your life upside down…completely ruin you?”

Though I had a slight suspicion, the cliffhanger still took me by surprise and devastated me.

”Say anything you want to about Gia, but she was real. Maybe that’s what drew me to her. Because so much in my life was superficial and fake. This girl seemed like she had nothing to hide.”

This couple was meant to be, and damned if anything gets in the way! I was fighting for them as I listened and they had a lot of shit to go through to come happy in the end. I can tell you that I hung on every word.

It’s been a while since I had Sebastian York in my ears and I couldn’t have picked a better narrator for Rush. Maxine Miller is one of my favorite female narrators and she does the sexiest men! I think the acting made the book even better than if I just read it.

Vi Keeland and Penelope Ward have never disappointed me. Even though I went in not expecting a duet, I was so happy it was because I wasn’t ready to leave the couple yet. Though the first book, Rebel Heir, didn’t have a lot of action, the second, Rebel Heart, made up for it. In fact, this poor couple needed some breaks! All in all, I was sucked in immediately and didn’t come up for air the whole time I listened to the Rush Duet. 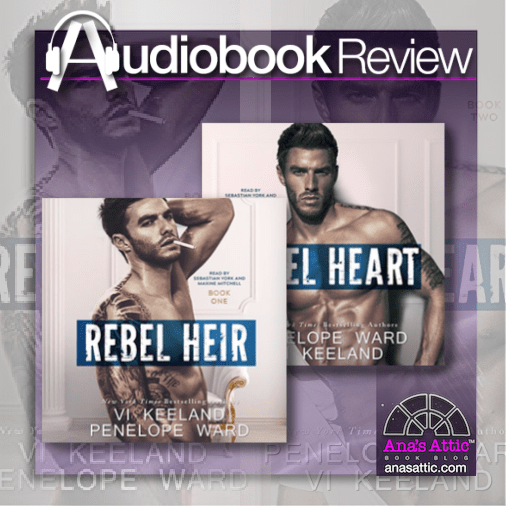