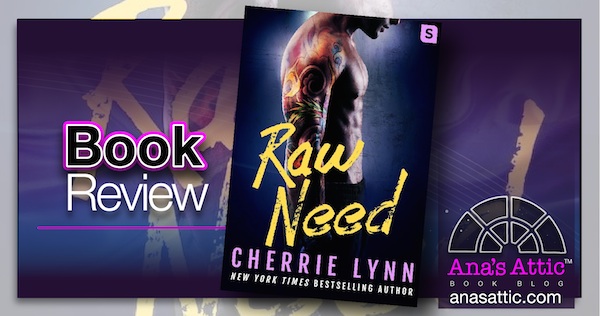 I enjoyed Raw Deal by Cherrie Lynn (my review), but it didn’t completely wow me like her Ross Siblings Series did. But I had high hopes for Raw Need. I mean, a pregnant widow and the rock star whose brother killed her husband? That’s a helluva story right there! While I enjoyed it though, it didn’t quite live up to what I hoped it could be.

Zane was awesome. Perhaps too perfectly awesome. What man, especially a famous rock star, falls for a woman who is pregnant with another man’s baby? A woman who is grieving for the man that only died 4 months ago? Rowan is a mess. She is depressed and suffocating from Tommy’s (her late husband) mother and sister-in-law (the heroine from the first book). She has no family of her own, and she has developed a friendship with her idol, the rock star who literally saved her sanity with his music.

“He was her favorite singer. Ever. The music he made with his band, August on Fire, had gotten her through some of the worst times of her life, and by an insane stroke of fate, they’d become friends. But that stroke of fate had begun with her husband’s death.”

Personally, I think you need to read the first book, Raw Deal, to really see how they met and get the full back story, but this book does stand alone.

Rowan is sinking deeper and deeper into a depression, even as her baby grows inside her. Who can blame her? Her mother-in-law was a total bitch, and her best friend was taking her mother in law’s side. Thank goodness for Zane.

“Talking to him was refreshing; he made her feel good somehow, even among so much bad, so much pain.”

When Zane invites her on tour with the band, even 6 months pregnant, she knows she needs to do it. A-when would she ever get this chance again? B- she was suffocating in her grief and by her mother in law and sister in law. C- Her IDOL invited her on tour! The thing is, Zane is just too good to be true.

“Keep looking for something bad. You can’t be too perfect, Zane. You just can’t.” (internal thoughts by Rowan)

Honestly, he was pretty damn awesome. He WAS too perfect.

She could no longer blame this attraction on his voice, or on being starstruck. It was him. It was the juxtaposition of security and danger. The way he looked at her, the way he knew her when he shouldn’t. He made her feel like everything was fine when nothing was fine. Calm in the middle of crazy. Right in the middle of so much wrong.

But Rowan kind of pissed me off. She was a doormat and let everyone tell her how to live, and she couldn’t trust the guy that gave her no reason to doubt him. I think she moved on too fast, but lets face it, if your idol fell for you, would you not jump at that chance, even if you are still grieving? Life gives you only a few chances at happiness, grab it while you can. So while I did think it was fast, that wasn’t what bothered me. I just never really felt the connection between them form. I don’t know what he saw in her. I didn’t really see her move past the love of her idol and the love of the man. Why did this lifelong playboy rock star want a pregnant girl still mourning her ex? He wanted her right from the beginning, but WHY? She was emotional, miserable, hormonal, indecisive and a fan, something he usually avoided. So although I liked reading the story, I never fell in love with it. And one thing that really upset me was that this story made me dislike the couple from the first book, especially Savannah.

Raw Need was an okay read for me. I read it on vacation and was never really motivated to pick it up that often. I had trouble understanding what Zane saw in Rowan, and felt like Tommy’s family walked all over her. Sadly, I now really dislike the couple from the first book as well. I like the premise of the storyline, but Raw Need never really went above an “okay” rating for me. 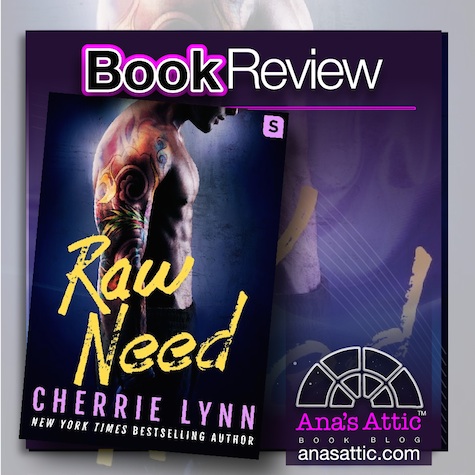