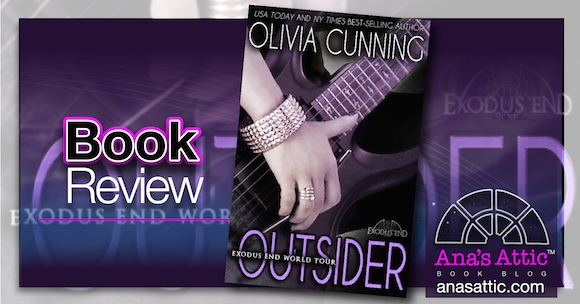 The Sinners On Tour Series by Olivia Cunning is hands down one of my top all-time series. But the last time I read Double Time for the second time was in 2012. Though Outsider is part of the Exodus End series, it is even more a sequel to Double Time, with the main characters being Trey (Sinners), Reagan (Exodus End) and Ethan, the third in their polyamorous relationship. I am so glad I decided to listen to the Double Time audiobook to refresh my memory before reading Outsider so I remembered all the dynamics of their relationship.

Outsider basically runs concurrent with Insider at the beginning and takes place right after Double Time. Reagan is struggling with her temporary status in the band and she never feels like she is truly part of it.

“In her mind, no matter how much the band showed her she’d been accepted into their fold, she was an outsider.”

When the tabloids start trashing her as cheating on Trey with Ethan it gets even worse for her. Trey wants to tell the world the truth about them, but Reagan doesn’t want her father to disown her, and doesn’t want to be branded even more of a slut in the media. And Ethan is not ready to come out to all of his homophobe half brothers and stepfather.

The paparazzi was killing them. There were always cameras. Fans were screaming ugly things to Reagan about cheating. Instead of focusing on her talent, she’s accused of sleeping her way to the top. So Reagan, who I really liked in Double Time became a whiny self-centered bitch for a lot of Outsider. She was constantly feeling sorry for herself. I mean really? An unknown female is touring with the biggest metal band? Selling out stadiums, and all she does is complain about the tabloids and the things the manager makes her do. I wish I saw more excitement from her about her new life.

The biggest problem though, was that Reagan and Trey could be together in public, but Ethan had to remain “the bodyguard”.

An easy kiss had never been so daunting. A simple kiss had never been so complex. He had to trust that Trey would understand why he couldn’t grant his small request.
“I’d die for you, Trey,” Ethan told him, squeezing Trey’s arm so he’d know how much he meant it. “I’d die for you.”
“Dying is easy,” Trey said. Living with who you are is the hard part.”

There were a lot of great moments, and I love hanging out with both bands. I really enjoy the three of them together when they work, but there was just so much doubt and jealousy between them, it made me wonder how a long-term 3-way relationship could last. But then you also see how great it is at times. 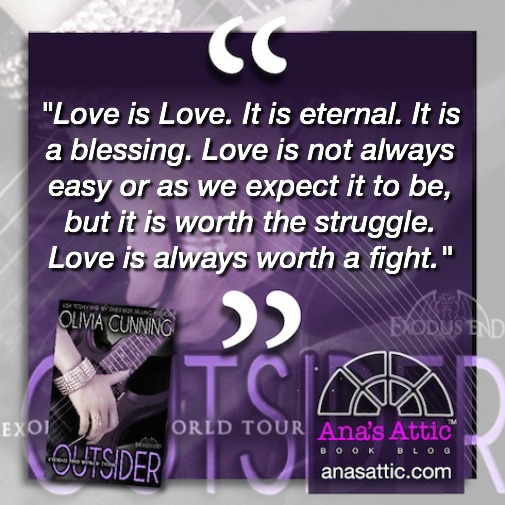 I love this threesome when things work. They work great in the bedroom, but you know how it is when there are three? One seems to feel like an outsider. They all seemed unhappy for a lot of the book with Reagan obsessing over the tabloids and the guys trying to help her through it. Dare and Trey’s family was my favorite part (besides the sex) and I loved getting more about Trey and Brian. I think that Outsider was too long at over 500 pages. I usually like long, but it began to drag and become repetitive in the middle. Don’t get me wrong, I loved reading it the whole time, but Reagan really wore on me. I just wish she were happier. That being said, I can’t wait to read more in the series, I want the rest of the band’s story! 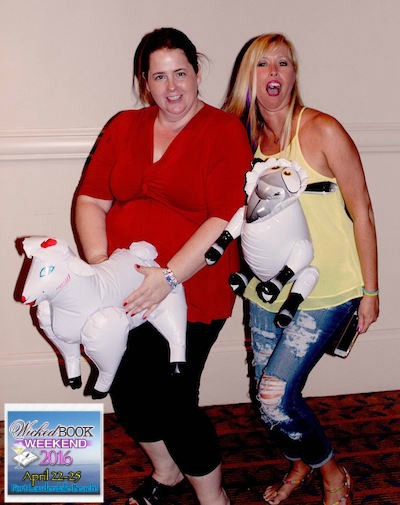 Exodus End Series: (You don’t really have to read Insider first, but it will help)

or at least Double Time 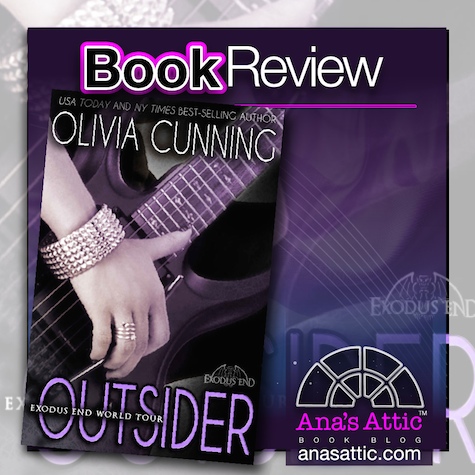