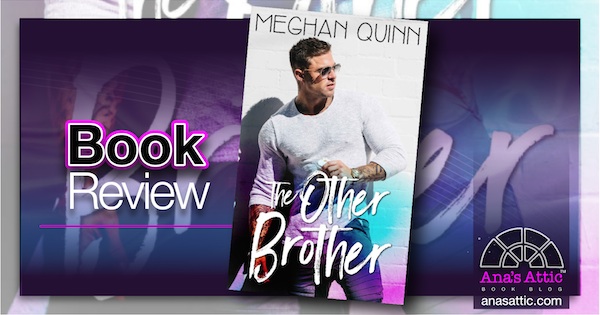 The Other Brother by Meghan Quinn

If you have been following my blog for the past year or so, you know that I have become a ridiculously huge Meghan Quinn fan, and I’m so excited for boob squeezes in April at Wicked Book Weekend! Meghan is one of the few authors that I will read without reading the blurb, so I went in blind, with a vague idea that it was related to Co-Wrecker, My Best Friend’s Ex and Twisted Twosome. Meghan has since grouped these together as the Binghamton Series, and The Other Brother is the 4th in the series.

The Other Brother features “Smalls” (who is really named Aaron, and he is rarely referred to as Smalls in this installment) the lovable, sweet, big guy with an obsession for Little Debbie that we have met in the three prior books. Aaron is an all-around good guy. He has a well-tended house in a neighborhood where almost everyone is old as dirt, so he helps out all the old people on the street. But he has had a rough life. His mother is an addict who gave both of his brothers up for adoption so they could have a better life, but kept him around to take care of her.

He watched as his mom received updates about his brothers and how wonderful they were doing and how they went to college and were given all the opportunities her never got. Poor guy never thought he was good enough. Aaron’s story broke my heart.

His high school sweetheart, Amelia, was the love of his life. She was everything to him, but his self-esteem was so awful that he thought he was holding her back, and broke her heart so she would go away for school.

Amelia is living a great life in New York with her boyfriend Trey, when she gets a call that her dad, who is suffering from dementia, has taken a turn for the worse, and she decides to move back to Binghamton to be closer to him, with her boyfriend expected to follow as soon as he gets a job. Imagine her surprise when she shows up at her rental house only to find her property manager and next-door neighbor is the guy who shattered her heart 3 years earlier, Aaron, and he’s gotten 10x hotter. She is NOT in a forgiving mood…yet.

There are a few things that may get some safety people in a twist here. While there wasn’t really cheating, it came pretty close. Plus, Aaron kept a huge secret throughout much of the book.

I think The Other Brother may have the most emotion of the series, because between her father’s condition and Aaron’s shitty upbringing, despite the light and funny times, there was always a little sadness running through. But I just adored Smalls, and I wanted him to be happy so much. He deserved to be the one who gets it all for a change. 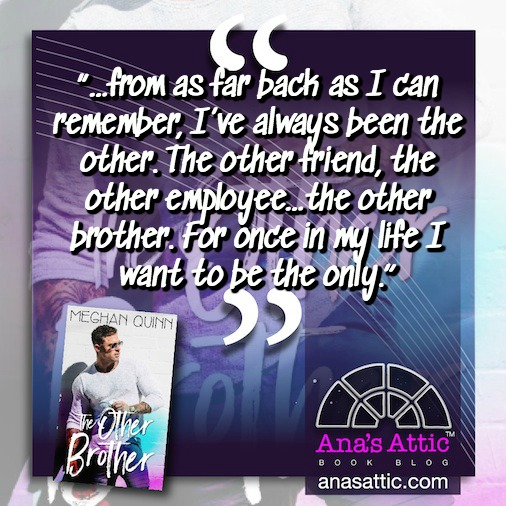 Once again, Meghan has blown me away with her talent of making me laugh, cry, smile throughout the read, and hug my kindle in the end. There were some heartbreaking situations in this book and Meghan brought me from tears to laughter in the same paragraph. Now that’s talent. The Other Brother can easily stand alone, but it is so much better after reading the first 3 in the series.

Purchase The Other Brother by Meghan Quinn 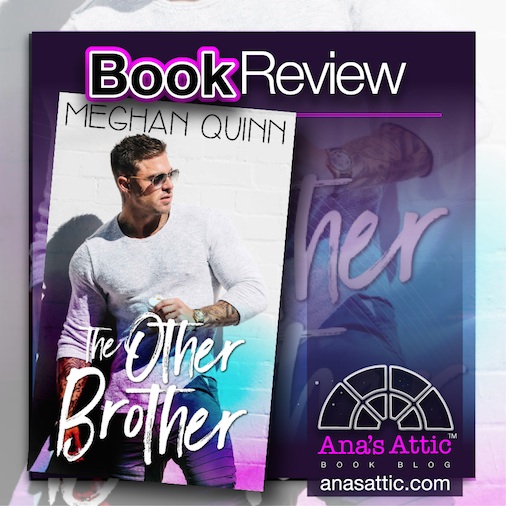