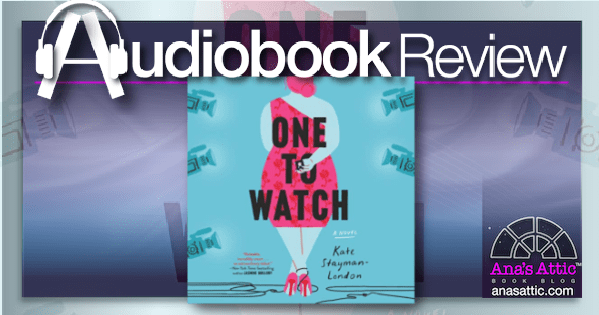 One to Watch by Kate Stayman-London

One To Watch by Kate Stayman-London is one of my top books of 2020 in so many ways. Mixing a reality TV behind-the-scenes expose, a plus-sized public figure, some body positivity and self-confidence issues, and a search for love, One To Watch was unique and so relatable to this plus-sized blogger. It was not without flaws, but that didn’t lessen my enjoyment one bit.

The heroine in the book is a plus-sized fashion blogger and influencer. In most books with heavier heroines, they either lose the weight and get the guy or they’re 100% confident and body positive. Bea tries to be that confident, body-positive blogger, but inside, she was still a self-conscious woman who didn’t believe anyone could love her looking like she did.

“Whenever Bea stepped into a patisserie to order something for herself, there were ripples of sideward glances, even occasional bald stares, the accusation always implied: It’s your own fault you look like this.”

After Bea slams a reality show on social media for not being inclusive, she is invited to be the next star of the “Main Squeeze”, a Bachelorette-type show. Being a new watcher of the Bachelor franchise myself, I really enjoyed how real it seemed, and I wonder if the author has ever worked on a show like this or how she researched it.

This was the first time there are no spoilers put out for Main Squeeze, and Bea had no idea who the bachelors are, but she insisted they be diverse. The bachelors had no idea that the woman they are all competing for is a size 20.

One To Watch is 3rd person, but it was also told through social media and news posts so we got to see how the fans rooted for her and also how horribly cruel the public could be. Bea was used to it on her blog, but real-life in front of the world is even harder.

“Everyone wanted so many things from her—to believe in herself and see her own true beauty, but not to be conceited, to know her place. Be more than your looks, but never speak out of turn. Don’t be defined by love, but remember, you’re nothing without it. Be a princess. Find your prince. You don’t need a man to complete you. Stand on your own two feet.”

The show set up some horrifying moments for ratings, but there were sweet, fun, and wonderful moments as well. I found myself wondering along with Bea, which of the guys was there for the right reasons, and whether Bea would find love.

I grabbed this book from NetGalley as an arc and never got around to reading it so I ended up listening. I loved the narration. In looking through the actual book after, I realize how much of it was texts and social media which didn’t seem overwhelming in audio, but may have if I had read it. I think Kristen Sieh did a wonderful job distinguishing between all the mixed media that told the story, and this may be better to listen to if that kind of writing isn’t your thing.

If you are a fan of The Bachelor franchise or reality shows, One To Watch by Kate Stayman-London is a must-read. If you are plus-sized and have self-confidence issues, it will be so relatable whether you watch reality TV or not. I am sure there will be some reviews that complain that they expected a more confident heroine, but I loved her fear, her flaws and her vulnerability. Sometimes I wanted to reach in and hug her and sometimes throttle her. Mostly I think One To Watch would make for a great Netflix faux reality show. Because there were a few tiny things that didn’t sit well with me, I can’t give the full 5 stars my heart is telling me to, so I will just do 4.75 stars.

I will be honest, I don’t remember if there was sex in this, so I won’t be giving a heat rating.

Purchase One To Watch by Kate Stayman-London 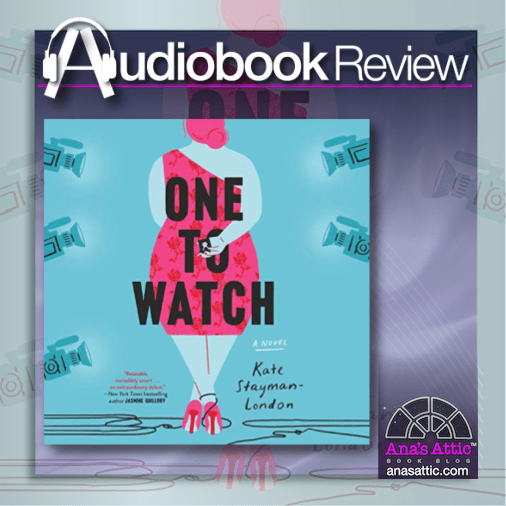