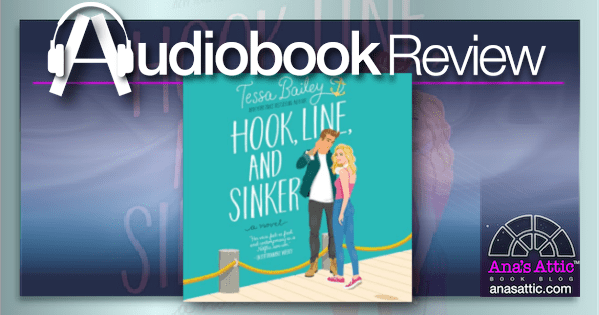 Contemporary Romance, Book 2 in a Series

I really enjoyed It Happened One Summer by Tessa Bailey (I recommend reading this first), and being a music lover, I really fell for Hannah in the first book and I was excited to see her and Fox get their own book in Hook, Line and Sinker. I enjoyed it, and never thought about putting it down, but sadly, it just didn’t live up to my expectations.

Fox’s “trauma” is part of why I was a little put off. His father was a player, and from an early age, Fox was told he’d be a ladies man like his dad. So much so that he lived up to that reputation to the point that its all people see in him, even when he hasn’t been with a woman in months. He’s just kind of the male slut joke amongst the crew.

“If you’re laughing with them, they can’t laugh at you right?”

Hannah was so obsessed with music, she didn’t have much else going for her personality. While I loved her in the first book, it kind of got old in this one. She was working as a PA on a film, and got them to shoot the film in Westport. But her real dream was to score a film. She also had a long-term crush on the director of the film.

Hannah and Fox had been texting for the past 7 months, so when she came to town for the movie, she stayed with him because Piper had her in-laws at her house. They both wanted each other but she thought he was a player that EVERYONE warned her against, and he had such low self-esteem that he never contradicted the reputation, and thought he could never be good enough for her.

Fox, being a good “friend” tried to help her score points with her crush while pining away for her. His woe-is-me attitude got old. I yelled for him to grow some balls while listening.

“She felt like the sunrise coming up over the water after a bad storm.”

Hook Line and Sinker was a sloooow burn, and honestly it started to feel even slower in the middle where it started to get repetitive. Tessa’s normal heat was missing until the end as well.

“There was never going to be a life away from you, because, Jesus, that’s no life at all.”

I know this review sounds overly negative, but I will say, that negativity came out more while reviewing than it did listening. I enjoyed the listen, but there were just too many things that detracted from it being a “WOW, I loved this” read.

I don’t think I have ever listened to Lauren Sweet before. I loved her real voice and she did a great job distinguishing between male and female. She had me liking this even more.

Since I loved Hannah and Fox in It Happened One Summer, I was really excited to read their story in Hook, Line and Sinker. While I enjoyed listening to their story and being back in Westport, the book just didn’t live up to my hopes. Fox’s self-pity for being thought of as a player and Hannah’s love of music seemed to take over a little too much of this slow-burn story. It seems like the reviews are love it or hate it, and I am kind of in the middle. Let me know your thoughts if you read it.

See my review for It Happened One Summer 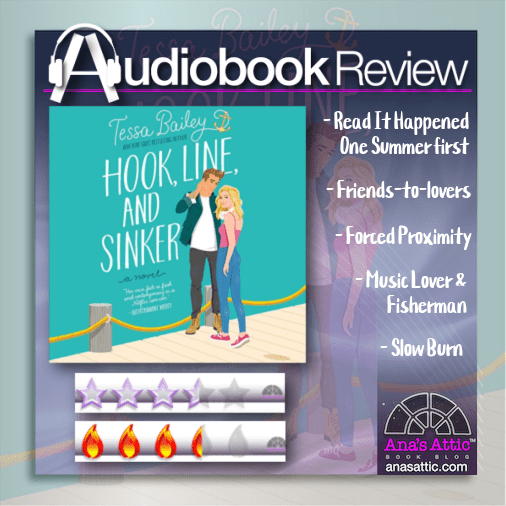