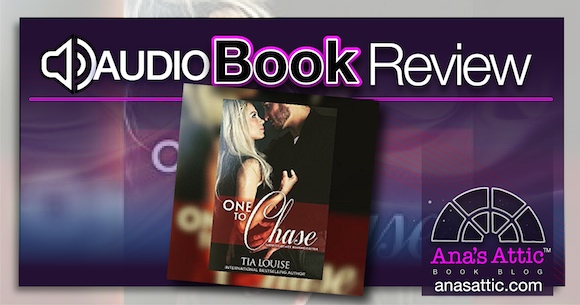 One To Chase (One to Hold Book 7) by Tia Louise

One to Chase is the first book from Tia Louise that I have read. I rarely read books in a series out of order, but I was assured that this is a true standalone, in fact, Tia Louise said she was thinking of making it a spin-off. I did, however just find out that there was a free 50 page prequel called Runaway that I wish I read first.

“I called her a baby. She called me an old man—it still makes me chuckle. She challenged me to a drinking contest then she rocked me like a hurricane.”

Runaway is about hot shot Lawyer Marcus Merritt, hooking up at an out of town wedding with Amy Knight, who is just moving back to Chicago after a few years in Paris. One to Chase takes place two weeks later. Amy had disappeared that night after the wedding, and Marcus can’t get her out of his mind. The book begins with Marcus getting a BJ in the bathroom by stripper turned society girl, Paige Goldfarb. But he is thinking about the mysterious Amy. He is also talking to the reader, telling us he’s not a bad guy, he doesn’t normally get BJs in bathrooms. I loved this! I love when that third wall is broken down.

When Amy’s POV came, I had a bit of a rough time. Despite the narrator doing a lot of other popular books, her voice was a bit like nails on a chalkboard to me, especially when she was vocalizing other characters besides Amy. It honestly bugged me so much. I think because of that, I might not have focused as much on her parts as I would have liked to.

OK, back to the story. Amy is back in town from Paris to take care of her mother and looking for work. A family member recommends her visiting Marcus, a local attorney, who has a ton of connections in Chicago society. Imagine both of their surprise when they realize they had just had a passionate encounter two weeks before. One of the most passionate either has ever had.

Marcus is one of the most eligible bachelors in Chicago. He can have anyone, but he wants Amy. Amy doesn’t need a man in her life, and beyond hookups has no plan to ever have a permanent one.

“Women don’t need men. And I will not be held hostage the way my gorgeous mother was for years. Her dreams and desires taking a back seat to his.”

Amy is 25, and Marcus is 10 years older. I love this. There is something hot about an older, experienced man who knows what he is doing. (Maybe that’s why I fell for Mr. Ana when I was 19 and he was 27). But Marcus doesn’t ever need to chase a girl.

“You don’t do relationships, and I don’t chase.”
“We do fuck, however. Many times and very well. Shockingly well.”

But the book lived up to it’s name, because Marcus did chase. But will he chase enough to bring down her walls?

“Everything in me craves her.”

I think I would have enjoyed One to Chase more if I read it instead of listened to the audiobook. Despite the popular narrator, her voice really, really got on my nerves, especially when vocalizing the obnoxious society women. Otherwise, I enjoyed the sexy story, and I enjoyed the male narrator. I loved the dirty talking, persistent, dominant alpha attorney, and I loved how he worked on getting through to her and making them “fly” together. I could have done without the society drama, but I think that is partially because of how it was vocalized. While I can usually separate the story from the audiobook, I had a hard time here, because it really affected my focus on the story. But I can tell I really like Tia’s writing, and will gladly read other books from her.

Purchase One To Chase by Tia Louise 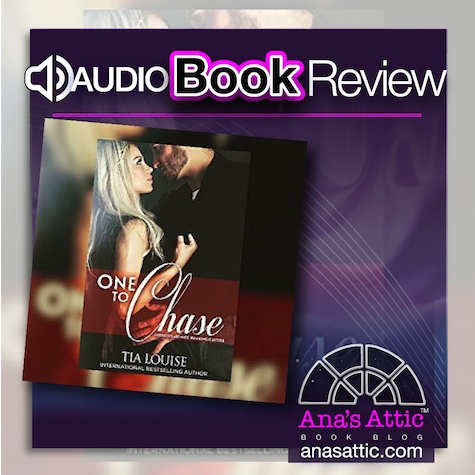