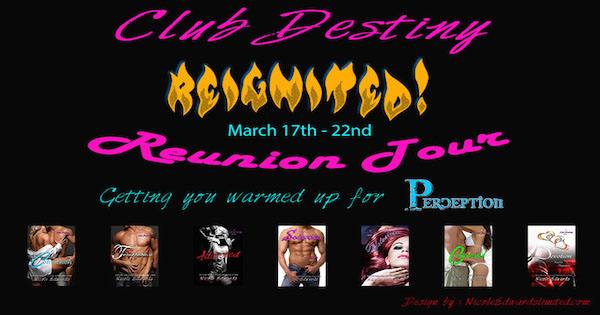 If you are looking for a SUPER HOT read, look no further than Nicole Edwards. She was nominated for Top Favorite Hot and Sexy books in my Holiday Favorites, and was chosen by you, readers of Ana’s Attic, as Favorite hot and sexy series!

To gear up for the release of Perception, 6 blogs are featuring a bonus scene from each of the Club Destiny books by Nicole Edwards. You can see them all here: 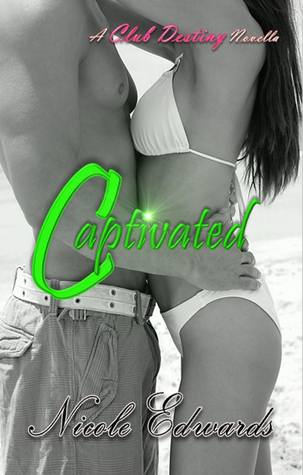 Captivated is a glimpse into the lives of Lucie Werner and Kane Steele after Temptation (Club Destiny, #2)

Lucie Werner’s life has never followed the path she envisioned for herself and five years ago, it veered off course yet again. This time after one erotic night of passion with the man she’d been captivated by since the first day she met him. Only Kane doesn’t remember that night, and until recently, he didn’t know that what they shared resulted in pregnancy and the birth of a beautiful little girl. Now that he knows, Lucie fears he’ll never want anything to do with her again because she kept his daughter a secret from him for so long. The sad truth is, she doesn’t blame him.

Kane Steele had never known the type of rage he was consumed by when Lucie told him he was a father – and that she had kept his daughter a secret from him for nearly five years. Although he can’t remember the events of that one fateful night, Kane can’t ignore the feelings he’s had for Lucie all this time. Now, with the secret out, and his relationship with his daughter on the mend, he finds he still can’t fight what he feels for her. Since his memories of that one night are out of reach, Kane’s ready to make some new memories.

**This book also contains a sneak preview of the Prologue from Zane (Alluring Indulgence, #2)

Warning: This book contains sexual encounters and graphic language that some readers may find objectionable, including, but not limited to graphic sexual encounters, exhibitionism, and voyeurism. Consider yourself warned – some of these encounters are hot enough to melt your e-reader. Contains graphic material that is not suitable for anyone under the age of 18. 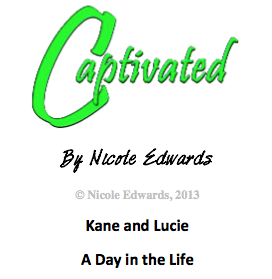 “Daddy, read it again,” Haley begged as soon as Kane closed the book. He’d already read this particular one four times tonight. Smiling down at his daughter who was curled up on her side, hugging her teddy bear to her chest, Kane knew he wouldn’t refuse her.

“One more time, ok? But this time I want you to close your eyes while I read.”

Haley nodded with a huge smile on her face.

She did and he opened the book once more. As soon as he started reading, she peeked open one eye, looking up at him. He stopped reading. “I won’t read unless you keep your eyes closed.”

“What’s the matter?” he asked, closing the book but keeping his finger inside to hold his place.

“If I close my eyes, I’m gonna fall asleep.”

Kane chuckled. That was the plan, he thought to himself. He said, “And when you wake up, we’re gonna go see Grandma. Don’t you want to go to sleep?”

Again she nodded, her eyes wide. “Ok then, let’s try it one more time.”

Haley closed her eyes, and he started again. He’d only made it five pages in when he noticed she was out like a light. Her little mouth was partially open, her soft breaths had slowed. Knowing that if he moved too soon she’d wake up, so Kane sat there, watching her. He wasn’t sure he could love someone more than he loved his daughter.

The door opened, and he looked up to see Lucie peeking in the darkened room.

He smiled at her. The other love of his life.

He nodded, knowing she was checking to see if Haley had finally given in to sleep. Easing off the bed slowly, he placed the book on the shelf by the door and then closed the door behind him as he stepped into the hall.

“Hi,” Lucie whispered, her eyes bright as she looked up at him.

“Come here,” she said, surprising him as she took his hand and led him toward their bedroom at the back of the house. He followed without question because he would follow this woman anywhere.

As they stepped into the room, he noticed that only a dim light from the lamps on the night stands glowed. The bed was turned down, and when he looked back at Lucie, he noticed that her hair was damp and she was wearing a silk robe.

Wow. How the hell had he missed that?

He grinned as she reached for him, pulling him closer to the bed.

Yeah, he wasn’t going to refuse her anything either. Kane would go to the ends of the earth for both of his girls.

“I’ve been waiting for you,” she whispered softly. “I’m here now.”
“Yes, you are. So what are we waiting for?”
He laughed again.

With that, Lucie unbelted her robe, shrugged, and the silk slid right down her body. He watched as it dropped to the floor, but admittedly, he was watching what she revealed more than anything.

“Beautiful,” he whispered, stepping in closer, putting his hands on her hips and slowly gliding them up, higher, higher still until he was cupping her full breasts.

Unable to think much longer, Kane eased her back onto the bed, making sure to be careful as he came down over her. He rolled to his side, keeping his arm draped over her, one leg across hers. Resting his hand on her tummy, he smiled.

Pretty soon he was going to have another one that he couldn’t refuse. The thought nearly brought tears to his eyes. They were having another little girl. Yes, that’s what the doctor had assured them during the last sonogram. Another sweet, beautiful little girl.

“Why are you smiling?” Lucie asked as she looked up at him, her heart in her eyes.

He noticed a shimmer of tears form in her dark brown eyes. She’d been emotional lately, because of the pregnancy she told him. So, rather than let the tears form completely, he bent his head down, pressed his lips to hers. Pulling back, he said, “I love you, Lucie.”

A mischievous gleam erased the tears and a sexy smirk tipped her lips. “Then prove it.” Kane laughed loudly. “My pleasure.”
And with that, he proved it.
Twice.

See my review for Conviction here.
See the spin-off series order, Alluring Indulgence, here.
Perception is up for pre-order for April 1st.

Make sure you scroll down and enter BOTH giveaways! A tour-wide one and one just for Ana’s Attic.