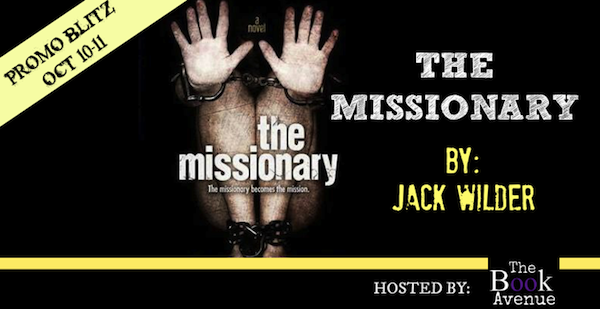 Ex-Navy SEAL Stone Pressfield has a bad feeling about the proposed church missions trip to Manila, Philippines. The college-age church group plans to go to Manila and help victims of the sex-trafficking industry. Stone’s lingering nightmare memories about the sex-trafficking industry have him warning church leaders that the trip is a bad idea. He knows all too well that it could end in violence, and those involved aren’t to be trifled with.

When beautiful Wren Morgan goes missing, he has a sick feeling that he knows exactly who took her, and for what purpose. The problem is, Wren isn’t just any other student. She’s someone he’s close to, someone he cares about. Now she’s in the hands of cruel, evil men, and Stone is the only one who can rescue her before the unthinkable happens. 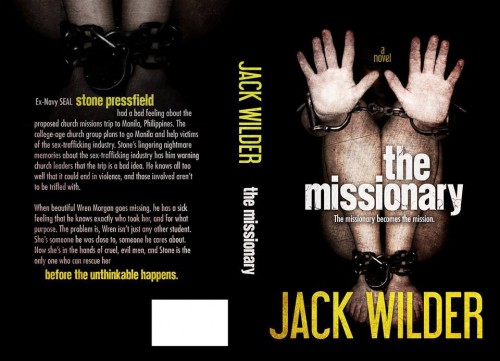 She couldn’t move, couldn’t speak. She woke instantly, and this time the pain was what woke her. She was on her back, hog-tied. Voices spoke above her in rapid Filipino. His voice, and three others.

Her jaw hurt, and she realized she was gagged.

She couldn’t see, and she realized she was blindfolded.

She was dizzy, disoriented, sludgy. The drug was in her system, muddling her brain.

The four voices were arguing, angry. She tried not to let them know she was awake. Whenever they knew she was awake, they shot her full of that awful drug, and they hit her. Sometimes they fed her, gave her water. Never enough, though. And sometimes, the food had things in it that wriggled as she chewed. It was something in her belly, though, and that was better than nothing. She was so hungry. All the time. And so thirsty.

My name is Wren Morgan. She focused on that. Held on to it. It was all she had. All she knew.

The hand slapped her hard, again and again. “Up, American girl. Up.” The gag was removed.

“Okay! Stop hitting me, please…I’m awake.” Her  jaw ached and her throat was raw, vocal chords scraping. Even her voice hurt.

“I tink you play games. You awake, play like you not. Stupid American. I know when you lie.” His voice. Dark and evil and slithering like serpents in tall grass.

“I got petter idea.” He slapped her again, but perfunctorily. “I sell you.”

“Dat we find out. Pretty American girl? You wort a lot of money.”

She felt something cold against her breastbone. She fought to remember what it was, that cold metal thing between her breasts. Her cross. Her little silver cross. Her mom had given it to her as an adoption-day present four years ago, and it was her most prized possession.

A hand grabbed her chin, pushed her face from one side to another. Fingers pried her mouth open, dirty fingers tasting foul. She twisted her face away, and a closed-fist blow rocked her to one side. Her cheek throbbed, and she fought tears. Hands groped her, poked her arms, felt her biceps, rubbed a strand of her hair. Squeezed her breasts cruelly, pinching, lifting, weighing. She fought this violation as best she could, fought, fought. Until a fist bashed her into stillness, and the hands continued to grope and pinch. Her shirt was lifted, her bra jerked down to bare her skin. Her breasts were examined. That was what this was: an examination. A perusal of goods. When the examination ended, hinges squealed and the voices moved away, discussing her in low, quick Filipino. She was left alone, tied up, clothes rucked and her chest bared. Her cheek throbbed, her skin ached. A tooth was loose in her mouth.

But they hadn’t drugged her again.

And they hadn’t raped her, yet.

It was coming, and Wren Morgan knew it.

She refused to cry. 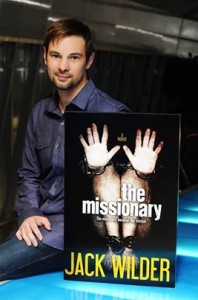 Jack Wilder—aka Mr. Wilder—is one half of the writing team “The Wilders.” You might know his wife, Jasinda Wilder, as the author of bestselling books such as Falling Into You, Falling Into Us, Stripped, and Wounded, among many others. The Missionary is Jack’s first solo work, but you can bet it won’t be the last. The Wilders live in the suburbs outside of Detroit, Michigan with their five kids, a dog that vaguely resembles a coyote,and a manny.