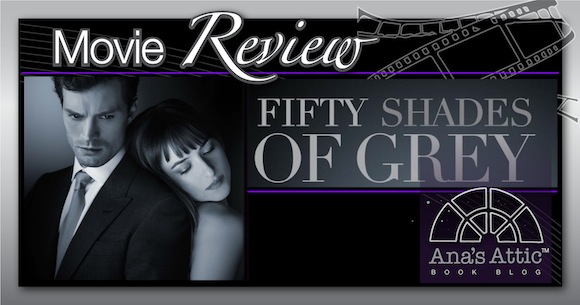 Let me start by saying where I come at this from. I loved the Fifty Shades Trilogy books. Say what you want about the writing, but the story grabbed me in, turned me on, and made me start this blog 3 years ago. The movies are never as good as the book, how can they be? There is no way to squeeze a book, which is 19 hours via audiobook, into an under-two-hour movie. But I personally think they did a great job of it, way better than I expected.

I read the books in 2011, so its been a long while, and I chose not to do a re-read so I wouldn’t be comparing the books to the movie. I’m very glad I did it that way, because I hadn’t even remembered the end! Before this week, I was also not a fan of the casting at all. I had no opinion on Dakota, but Jamie Dornan doesn’t do it for me (Jessie Pavelka is still my CG). There were so many scenes in the book where women were swooning over Christian, but I am not sure I would even take a second look at Jamie real life…until I saw the sex smirk. OMG.

Dakota was AMAZING. She played the sweet, clumsy, innocent Ana perfectly. She was hot in the sex scenes and playful and funny and she never felt like a doormat. Jamie grew on me. While a few scenes he seemed a little stiff, I think it is more the Christian Grey character than Jamie himself. That was something I do remember in the book–Christian’s stoic, emotionless personality at the beginning, to Ana’s lively vivacious one. And I loved how she brought the more fun side out of him sometimes, if even through a little sexy grin. Jamie played Christian a little softer than the book as I remember it, he was missing some of the intensity of the Christian Grey I remember.

Since Fifty Shades of Grey was originally Twilight fanfic, I think they payed homage to the Twilight movies in this. The piano score was startlingly similar and used throughout the movie, since they both take place in Washington, the scenery is similar, and one scene was so reminiscent, I expected Christian to tell Ana he was a vampire.

As I said above, a 19 hour book condensed into under two is not an easy task. Of course important scenes and details will be left out! (I’m not sure I’d want to see the tampon scene anyway). I think that did an excellent job of choosing what goes in, and keeping those scenes very true to the book. I still wish it were a bit longer and included more, but #2 & #3 will be coming eventually!

I went with a bunch of bookie friends to a theater that allows drinking. What a great way to see it! But I was excited to go home to my man #ifyouknowwhatImean. I am already making plans to see it again a second and third time  I am patiently (OK, not really patiently) waiting for movies from books 2 & 3 to have release dates! I highly recommend seeing this one, but keep in mind, you may not love where it ends 🙁  All in all, I was very pleasantly surprised by the movie, and perhaps my rating has to do with that surprise, but I truly enjoyed it from start to finish. 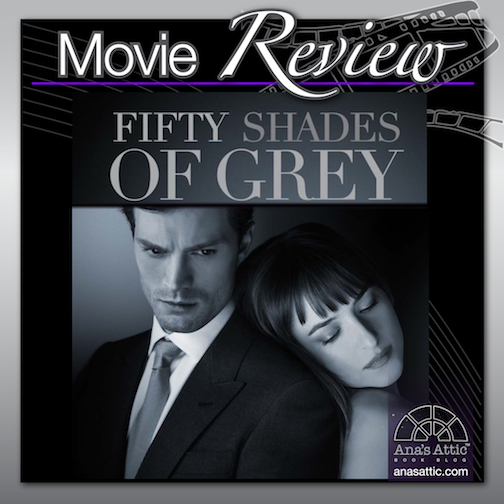