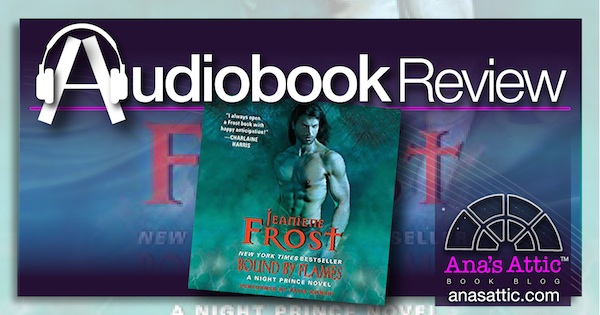 Bound by Flames: A Night Prince Novel by Jeaniene Frost

Paranormal. Does not stand alone.

Jeaniene Frost is hands-down my favorite paranormal author. The Night Huntress Series is my favorite paranormal series ever and I was super excited to get Vlad’s story in the spin off series. But the first and second in the Night Prince Series just didn’t wow me. I felt like Vlad was missing the cocky, snarky attitude he had in Cat and Bones’s books. When Bound By Flames released in 2015, I bought it but sadly never got to it. I had just lost my excitement for the series and the genre in general.

But when I found out she was at a book signing I was going to, I had to get back into it, and grabbed the audiobook of Bound by Flames, Book 3 in the Night Prince series.

WHY DID I WAIT SO LONG?

Even though it was 4 years since I read the last in the series and usually have no memory, I was immediately sucked back into Vlad and Leila’s story. 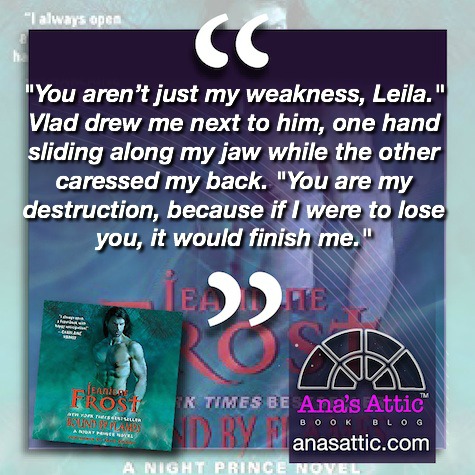 Szilagyi is Vlad’s biggest enemy. He needs to be stopped, especially now that there is a real way to hurt Vlad—through Leila. But Vlad wants Leila safely locked away, while he deals with the situation. Leila, of course, is a strong woman with her own powers, and there is no way she will sit around and not try to help. But no matter how safe Vlad thought he made her, she still ended up in the evil Szilagyi’s clutches.

What she suffered from was horrific. While Vampires may be able to take more than human’s physically, what she went through could break anyone.

“It changes nothing between us,” he breathed against my skin. “I love you, Leila, no matter what he or anyone else did.”

This installment was filled with non-stop action and was a bit darker than others in the series, but there were so many funny lines, I have to highlight a few I loved:

“Vlad flashed a tolerant look at Mencheres. “Pay this no mind. She always argues with me when I propose to her.”

“I want a hardened man, not a mass-murdering, pathologically vengeful one,” Vlad said. “There’s only room for one of those in my line right now, and that’s me.”

“The last ghouls I’d met had tried to eat me, and not in the romantic way.”

I’m not sure if it’s because it’s been so long since I read a Jeaniene Frost book, or because I was looking for something different, or because it was non-stop action, but this is my favorite of the spin-off series even though I still have many of the same issues. Vlad is still not the Vlad from the Night Huntress Series. He is missing the sexy snark and he’s just bossy and ruthless. And I never fell in love with Leila. I liked her a little more in this installment, but still, no love.

Tavia Gilbert was incredible. I think she may even be the reason I enjoyed this installment more than the last two which I read and didn’t listen to. Her accents were amazing (Romanian, French Quarter NOLA, English and American), and she never over-acted.

The 3rd installment in the Night Prince Series by Jeaniene Frost is my favorite so far. Not only did the amazing narration make it better, but it was non-stop action and adventure. This one was a bit darker than previous books in that there was some pretty graphic torture, but we have come to expect that stuff in these books. I’ll be picking up the next one very soon! 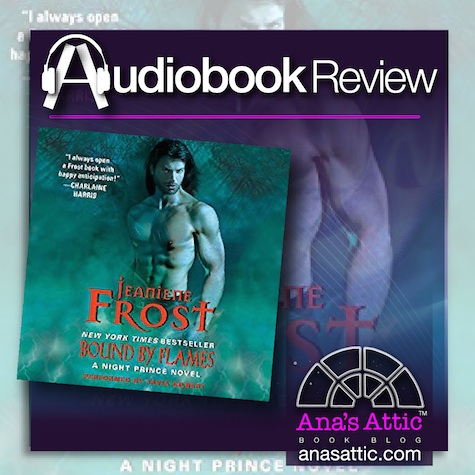