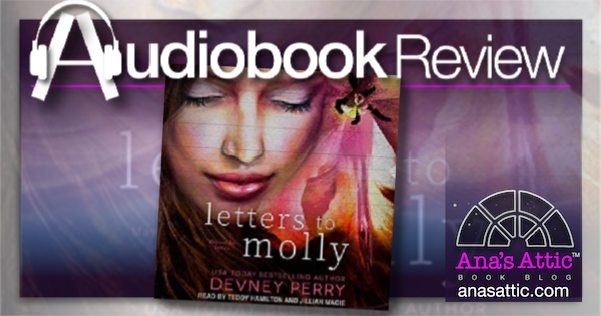 2nd in a Related Series, Can Stand Alone. Contemporary Romance.

After reading The Birthday List by Devney Perry, I had to read Letters to Molly immediately, even though they can both stand alone (though I highly recommend reading in order). I needed to know what was going to happen with Finn and Molly, I was so invested already. 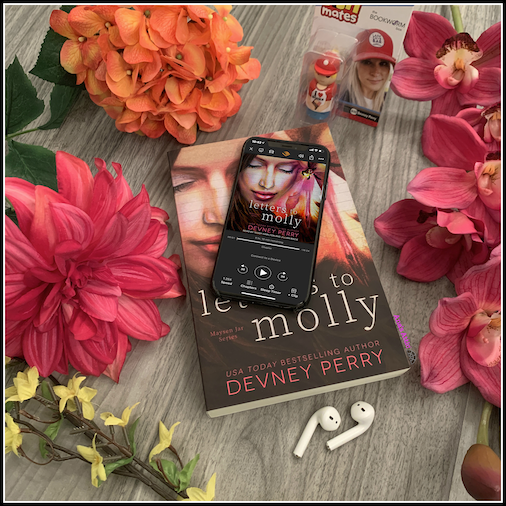 “How was it possible for us to go so wrong? We were good together. So. Fucking. Good.”

Poppy (from The Birthday List) is so lucky to have an AMAZING best friend in Molly. Things got even better when Molly married Finn, Poppy’s brother. They had a wonderful marriage with two beautiful kids. But when Jamie, Poppy’s husband, died, Finn and Molly began to have marital problems. One devastating mistake was made at a confusing time in the marriage, and it ruined any chances of getting the marriage back on track.

But there is usually two to blame in situations like this.

”The thing about divorce is, there isn’t always one mistake. One nuclear bomb dropped on a couple that destroys their marriage. Sometimes, it creeps up on you slowly.”

Six years later, it’s clear Molly and Finn still have a very special connection. Neither has moved on and when you see the love of your life all the time, moving on isn’t really possible.

Gosh, this book hit SO close to home. A few years back my husband and I almost finalized our divorce but ended up working things out. Now 4 years later, I’m about to file again. With 2 kids and 33 years of history, this book was extra emotional for me.

“What had caused our divorce? What had taken us from a place where all I needed to get through one of the hardest moments of my life was one glance at her?”

Things started getting even more complicated for the couple when mysterious letters began to show in Molly’s mailbox. They were written throughout their marriage by Finn, but they were more a cathartic journal for Finn. Molly was never meant to see any of the letters. The first are sweet and loving from the beginning of their marriage, but as their problems escalated, so did the anger in the letters. But who had them all? How did they get them? And who was delivering them?

“The letters might force us to deal with some old wounds, but we’re not getting back together.”

They were still in love, that was clear. Could they find their way back to each other?

“My love for Finn wasn’t going to stop. I could tell myself and others I wasn’t in love with Finn. It was all lies. I’d buried that love deep, shoving it down whenever it threatened to appear, but it was still there. It had always been there.” 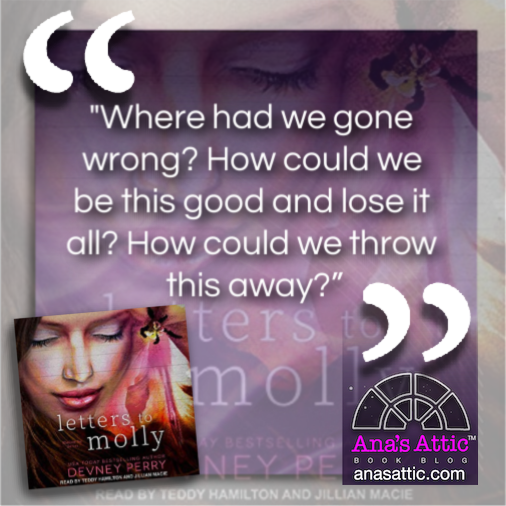 I love Teddy Hamilton all the time and this was no exception, but I think this was my first time hearing Jillian Macie, and I sure hope it isn’t my last! I loved her narration.

I absolutely LOVED Letters to Molly by Devney Perry. Not only is it very rare to find a second chance romance with a couple who was previously married to each other, but the letters made it even more unique. Nowadays it is so hard to find something new in romance, and Devney Perry totally nailed a completely unique, mature story that stood out in the sea of sameness this year. Her growth as an author has been HUGE, so if you have tried Devney before, make sure you try this because each book keeps getting better. 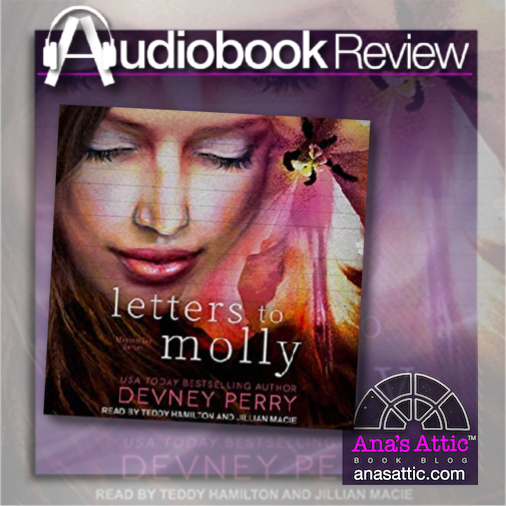