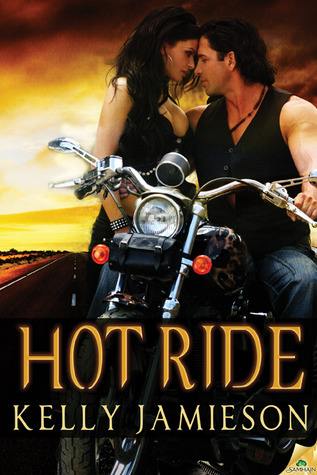 Ana’s Attic is the last stop on Kelly Jamieson’s Hot Ride blog tour. I read this book and really thought it was great. Check out my review here, and make sure you enter below for a chance to win! 1-(1 winner) Amazon Kindle, 2- (2 winners) Motorcycle USB thumb drives loaded with book of your choice. These prizes are for the whole book tour and they end soon, so enter now!
Hot Ride Book Blurb:
Courage is feeling the fear… then pouring on the throttle.

Abandoned or betrayed by everyone she ever loved, Sera Manning’s life spiraled out of control until a near death experience left her with a mission. Now a DEA agent, her sole focus — and her first undercover assignment — is to take down a drug cartel that’s manufacturing seductive, deadly angel sugar.
To do it, she needs access to Operation Black Abyss to establish a connection between the cartel and the Death Angels outlaw motorcycle gang. Which means she must pose as a couple with another agent who’s already deep undercover.
ATF agent Ryan Thomas desperately needs a female agent to maintain his cover in the gang, but the last thing he wants is a rookie agent jeopardizing his op. Especially one that is a sexy reminder why it’s a bad idea to get involved while on a case.
Living together, surrounded by crime, pretending their sizzling sexual tension is just for show is getting harder by the day. But as the mission comes to a head, the two fiercely independent warriors must decide which fear is worse. Losing their quarry… or losing each other.
Warning: Features a badass biker hero and kickass heroine who go at it undercover — and under the covers. 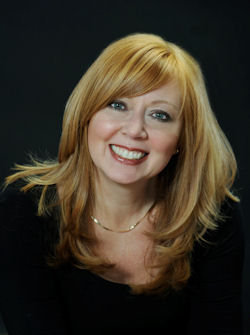 Kelly Jamieson – Bio
I’m a married mother of two who lives a very ordinary life outside of my imagination. When I’m not writing I’m usually reading. I also like to cook and that means I like to read cookbooks and cooking magazines. In the summer I enjoy spending time gardening and in the winter I like to read gardening magazines and seed catalogues. I love lying on the beach or on my deck with a glass of wine and a good book. I also love to travel. As you can see, pretty much all my activities involve reading somehow! Although I don’t have as much time for it any more, I also love to shop, especially for clothes and shoes. Some think I’m obsessed with shoes but that is not true (although my husband would point out that there is no room left in our closet).
I love to hear from readers, so Tweet me on Twitter, leave me a comment on Goodreads or Amazon or my blog , or email me at info@kellyjamieson.com.

“So what’s up tomorrow?”

“Another delivery for Vince. And he wants me to pick up those motorcycle parts.”

She frowned and set her hands on her hips. “That’s what I’m here for.”

“Not the motorcycle parts. I’m going to some chop shop just outside town. I don’t know what I’m walking into.”

“What difference does that make? We’re partners, remember?”

He shook his head, and folded his arms across his chest, biceps bulging out from the short sleeves of his T-shirt. “Not going to happen.”

“Did I not show you the other day I can take care of myself?”

They faced each other, tension shimmering between them. Ryan’s face was implacable. Sera stared him down. “Don’t make me hurt you,” she warned him.

He laughed. “Bring it on,” he said, eyes gleaming.

Her breath quickened, and her heart picked up a faster rhythm. This verbal sparring heightened her energy, adrenaline coursing through her. She wanted to put up her fists and take him on physically as well. She needed the release of physical activity.

She did clench her fists, bounced a little on the balls of her feet. His eyes widened, and he, too, tensed. She lifted her leg in a lightning-fast roundhouse kick, not even as hard as she could have because she was sure she was going to hurt him, but he lifted a leg too, grabbed an arm and spun her around so fast the breath whooshed out of her.

They ended up tangled in a sweaty, panting knot on the floor, their faces only inches away from each other, his knee thrust between her legs, her hands captured in his. She stared at Ryan, noticing the flecks of gold and brown in his amber eyes, each long, dark eyelash, the fine lines fanning out from the corner of each eye, paler in his tanned skin. When her gaze lifted to his eyes, she saw he was focused intently on her mouth. Which made her mouth go soft and pouty, as if wanting to be kissed. Her lips parted. His eyes widened then grew heavy-lidded.

She looked at his mouth, so perfect, the full bottom lip, the curve of the upper lip, the shadow of stubble darkening his cheeks and jaw. Her mouth watered with the desire to taste him. The urge to close the distance between them swelled up almost uncontrollably in her, and his heavy eyes flickered as if he too felt that way. Suddenly, the urgent need to demonstrate her physical strength, to prove herself right to him, to show him she could in fact look after herself, faded into nothingness.

His body hardened even more against hers, his cock swelling and pushing insistently at her groin where they met. His fingers tightened on hers, and then he rolled her under him, her defense moves forgotten, so his heavy body pinned her to the floor. He released her hand and held her head, thumbs brushing the corners of her mouth, and her lips opened further. Turning her head just a fraction of an inch, she sucked one thumb inside and swirled her tongue over it. Ryan gasped.

Oh dear god in heaven. Everything inside her went hot and soft and quivery. She didn’t want to hurt him. But she did want to give him such intense pleasure he hovered on a knife-edge of pain. She vibrated against him, arched her pelvis into him, seeking, and he ground back against her. Pleasure poured over her at the feel of his hardness meeting her softness, and they moved against each other in a needy, desperate rhythm. She spread her legs, opened to bring him closer, their clothing a flimsy barrier between the lust surging through them. She nipped at his bottom lip.

“Fuck,” he muttered. “You’re going to make me come in my jeans.”

Sound Good? Check out MY Review of Hot Ride Here