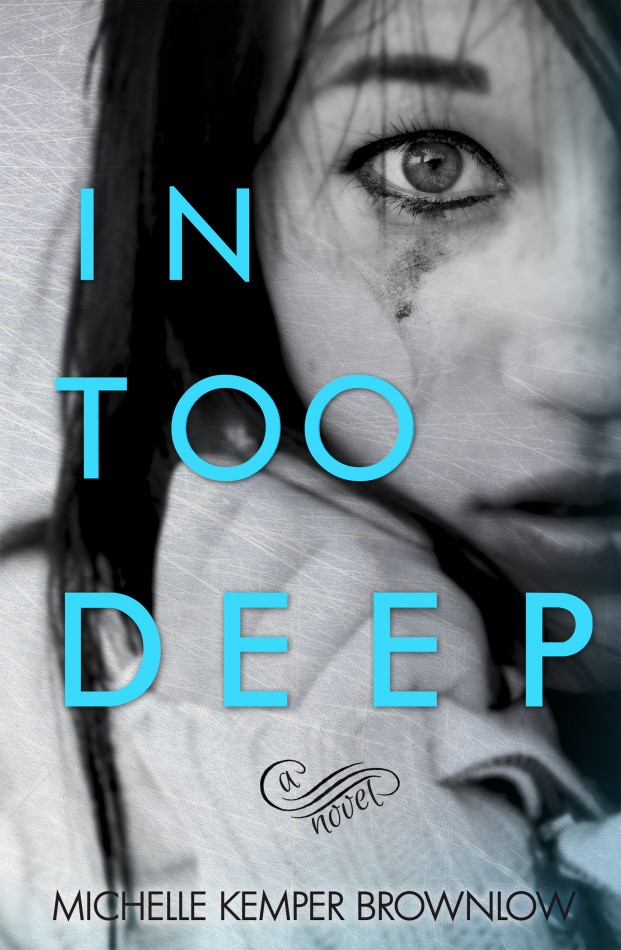 I don’t normally do cover reveals for authors I haven’t read. But I met Michelle on Twitter, and she follows both of my blogs, and I like this chick’s style. She has never published before, and her debut novel is coming out in June.

Synopsis for In Too Deep, releasing June 6, 2013:
Gracie has just finished her freshman year of college in Memphis when she takes a job at a local pizza joint in her home town of McKenzie, Tennessee. She is the epitome of innocence when she meets Noah. Noah is unabashedly handsome, intriguingly reckless and just cocky enough to be sexy. Gracie’s instincts tell her to stay far away from him and based on the stories she hears from her co-workers he leaves broken hearts in his wake. But still, she can’t explain her fascination with him.
Noah puts aside his bad boy ways when what he thought was a summer crush has him unexpectedly falling in love. But soon after Gracie transfers to UT Knoxville to be with Noah, their unexpected love becomes riddled with anger, deceit and humiliation.
Jake, Noah’s former roommate and Gracie’s best friend, can no longer be a bystander. Gracie’s world falls out from beneath her and when she breaks she turns to Jake for strength. As Jake talks her through a decision she’s not yet strong enough to make, together they uncover a truth so ugly neither of them is prepared for its fallout. Will Jake pull her to the surface or is Gracie Jordan finally In Too Deep?
Her blog – http://michellekemperbrownlow.blogspot.com/
Twitter – https://twitter.com/MK_Brownlow
Facebook – https://www.facebook.com/MichelleKemperBrownlowAuthor?ref=hl
GoodReads – http://www.goodreads.com/user/show/16008946-michelle-kemper-brownlow