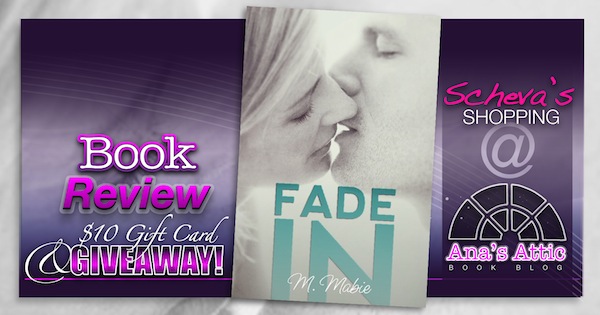 Fade In by M. Mabie

So a couple of weeks ago, I was doing some Facebook stalking,  I mean, talking on some of Tara Sivec’s Pages, and ran across another “Facebooker” that was funny as hell.  I said we needed to be friends and BAM, made it happen. To my surprise, she was an author, M. Mabie.  She told me about her debut novel, Fade In, and that she would love it if I gave it a read.

This book was already on Ana’s Attic’s TBR list, so that was perfect.  She promised I would pee my pants and have wet panties for different reasons as well. SO, DUH … DOWNLOAD!  She also wanted a ‘panties-climate’ status update when possible.  Did I mention that I’m LOVING this chick? What she didn’t warn me about, was the possible cheek exercises I should have been doing, because I had perma-grin during this whole freaking book. Well, except for the wet panties part… ANYWAY….. 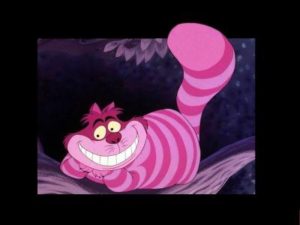 Tatum Elliot is a successful writer on a hit television show, lives in an Upper East Side apartment and loves her life. She wouldn’t change a thing. Unfortunately, she doesn’t have a choice. She’s losing her sight.

Tripping over her tongue and her heels, Tatum all too quickly realizes that the things which appeared so important before are slowly slipping away leaving room for what really matters. With the support of her best friends, family and colleagues, she begins to see that there’s much more to life… and herself.

When Ben Harris enters her life as her new personal assistant, she can’t tell if it’s his good looks and charm that are working on her libido, or his kind and helpful nature working on her heart? Whatever it is, neither one of them can resist it.

As her vision fades out, a world of love and happiness just might…Fade In.

Fade In is a contemporary-romance novel about laughing through your tears and telling life to, quite frankly, “Suck it.” This novel contains sexual situations that the author may or may not have tried at home… for your safety, of course. Research is research.

We meet Tatum Elliot, at her regular eye doctor appointment with Mr. Evil. She has been slowly losing her eye sight since she was a teenager but she seems to deal with it pretty well.  She obviously doesn’t want to lose it, but she still goes about life as she normally would.   Her doctor is trying to convince her that she needs to prepare for the inevitable.  Simplify her life and her surroundings. He suggests she might need a therapist or a facility to help her deal with the physiological side of losing her sight.  Tatum deals with this situation exactly how I would. Denial and humor.

“Like a fat farm? No way. I’m not going to blind camp. Not going to happen.”

Tatum has a boyfriend, Kurt, who she is going through the motions with but not really getting anywhere.  He treats her like crap on her birthday to which she decides it’s time to move on from Kurt.  This turns out to be the best break up in the history of break ups.  Tatum is a genius.  You’re just going to have to read it for yourself because I can’t do it justice. 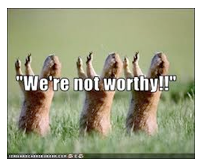 Tatum has the ultimate job as a writer for a hit TV Show plus she gets to work with her BFF, Winnie.  I have claimed both of these girls as my virtual best friends. Winnie is engaged to be married to Tatum’s brother, Cooper, in her brilliant plan of making Winnie her sister forever.  The show gives me a Saturday Night Live vibe which is kind of funny because Tatum and Winnie remind me of Tina Fey and Amy Poehler. We also meet a few other writers, the Devon’s, and they are freaking hilarious!

Tatum agrees to start interviewing potential personal assistants to start the simplifying process.  Her work assistant, Neil, sets up some interviews and here enters, Ben Harris. BEN HARRIS. I have a new book boyfriend to add to my list. Dark blonde hair, green eyes, attentive, sweet, and he knows how to use tools in a toolbox and he can grocery shop just as well.  Although Tatum’s interviewing skills are less than professional and she mentally hires Ben on the spot for the night’s fantasy finger fuck, he gets the job.

“Furthermore, I am really inappropriate most of the time. It is part of why I do what I do and how I do it well.  I don’t filter myself much and you may not like that. Do not be mistaken – I am usually a lady when in public.  But in private I can be downright vulgar and I swear like a sailor. If you are, oh, I don’t know…super religious or easily offended, you may want to fuck off right now.”

Ben is the perfect assistant to a soon-to-be-blind chick.  However, he has secrets that Tatum is scared to know. For starters, he wasn’t on the interview list. How did he know about it then?  He also has to be away for a few days at a time.  She wants to ask questions but is afraid to know the answers.  So their relationship starts out slowly. They have the perfect speed of friendship, flirting and sexy texting.

“He’s sexy in the most casual way. I ‘m obsessed with his hands. I keep staring at them and picturing them touching me.  I’m a lusty ho.”

Winnie is the best friend go-get-laid-cheerleader we all need in our lives.

I know Ben is her personal assistant and that it’s his job to do what she needs, but you can just tell that he is doing everything because he cares about her.  There comes a point where he offers to not get paid anymore and possibly find a new assistant. At this point Tatum is falling for Ben but worries about what it will be like when she loses her sight.  Although Ben tells her that he has experience with blindness, she can’t stop thinking about the burden she will be for him.  Plus, there is still the mystery behind his eyes and secrets she can’t ignore.

“I mean, he’s perfect. He’s attentive and sweet. He’s funny and keeps me on my toes.  He’s hot as fuck and eats pussy like the Last Supper, but I just have this feeling that, whatever it is, he isn’t telling me because it’s bad.”

Ben has a fantastic idea to do some traveling before Winnie and Cooper’s wedding. He wants to take Tatum to places she has always wanted to see and since her sight is getting worse he takes her away to show her the beauty that’s out there.  AWW ?!? 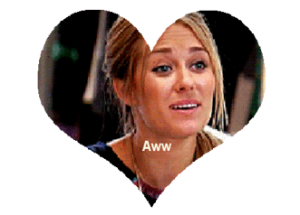 And Finally! I get some hot sex with Ben!! Well, technically Tatum gets to but that doesn’t mean I didn’t thoroughly enjoy reading about it. It was sexy and steamy and it made my neck red!  That’s how I determine how to rate the hotness.  My neck says a solid 4.5.  If the sex had started earlier in the book it would mostly likely be a 5+.  However, this story made me happy from the beginning so I’m not complaining.

There was definitely some angst, and a point where I was so involved I just had to yell:

Fade In by M. Mabie was just the book I needed and didn’t know it. I was stuck in between Alpha’s and mindfuck books and this was a refreshing change of pace.   Although there were a few errors in the book, which brings it down from a 5 star read for me, I could easily get past them and continue on with the story.  I would suggest this book to anyone unless hilarious characters, the F-Bomb and wet panties aren’t your thing.   Hopefully, you will have room for a new book boyfriend because Ben Harris is ready and waiting. #clickthisbitch

Purchase Fade In by M. Mabie