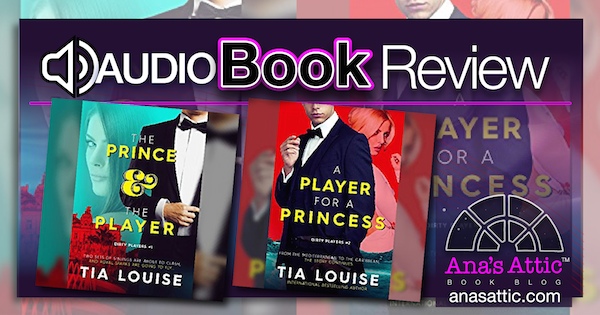 Must be read together.

I am going to review both The Prince & The Player and A Player for a Princess by Tia Louise together since they make up the Dirty Players Duet, and can not be read without each other. Let me tell you, this duet gave me so much more than I bargained for! Back in the 90s, I was into the mystery/lawyer, exciting crime books a la John Grisham’s The Firm. I realized reading this duet that I still love that type of excitement in my romances. The Dirty Player’s Duet is billed like this:

The duet brought all of this and more. Interestingly, this is about two couples. It is told by the female in one couple and the male in the other which is strange, unique, and it worked once I got the hang of it. At first, I had some trouble with the male narrator. In the first book, The Prince & The Player, he was so not sexy. He sounded kind of old to me and I usually find British accents sexy. In the second book, I figured he must have grown on me because he didn’t bother me. I realized it was a different narrator after finishing both! They did a great job on continuity, because I can’t believe I didn’t realize. In this case, I am going to judge the story without the narration, and will discuss the narration further at the end. Because honestly, the story completely won me over despite not loving the male narrator.

We begin with two American sisters, Zelda “Zee” and Ava Wilder. They have had a really rough life, and Zelda does anything to take care of her younger sister, running cons and cheating at casinos while the beautiful Ava causes distractions and dabbles in pickpocketing. When they are caught by a wealthy stranger, they had to do what he said or go to jail. Zee’s job–seduce the Crown Prince of Monagasco in order to discredit him. So Zelda and Ava were whisked away in luxury to Monagasco.

“Zelda Wilder is no princess. The closest I am is a dirty Cinderella, an orphan on the run, and that’s not the kind of girl for a prince.”

Rowan Westingham Tate and MacCallum Lockwood Tate are young handsome royalty. Since Rowan is older, he assumes the King position, but his younger brother, Cal, the Prince, is there to run the country with him. While Zee kept trying to seduce Rowan like she was supposed to, she was so attracted to Cal. And as we hear from Rowan, he quickly became obsessed with Ava.

“Her fingers thread with mine, and I know what I want. I know for the first time, and I feel complete.”

The problem is Zee’s orders are to snag the King, not the prince! But the King had some other plans for Ava, and he only had eyes for her.

“I had sex with a king. Correction, I had sex with the king. I pretty much spent the entire night last night having orgasms. Can you believe it?”

The end of book one started getting dangerous and exciting, and ends on a small cliffy, but luckily, I had book 2 queued up, and I plowed right ahead. While I loved The Prince and the Player, I loved A Player for a Princess (book 2) even more. Book two made the sweeter, lighter story get a little darker, a little sexier, and a lot more action-packed. So action-packed that for the first time I actually couldn’t do anything else while listening. I just stood there in the kitchen I was supposed to be cleaning, and listened, biting my nails.

Twists and turns, super scary moments, very sexy times and super romantic times, A Player for a Princess had it all. 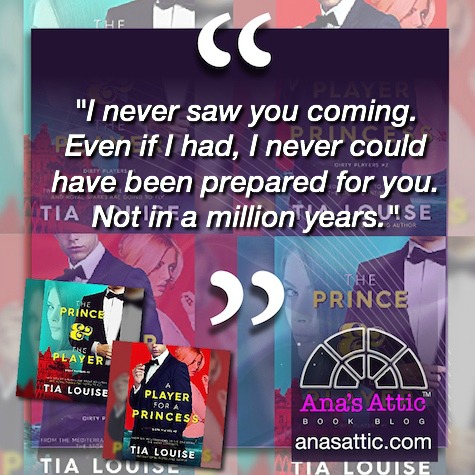 I will say, I was partial to Zee and Cal, because I think we were supposed to be, being in Zee’s head a lot more than Rowan’s, or so it seemed.

The Dirty Players Duet is a Cinderella Story filled with deception, lies, action, espionage, sabotage, kidnapping, hot sex, romance, political intrigue, human trafficking, assassination plots and more. It was truly an unputdownable roller coaster ride of a read that grabbed me so much I wasn’t able to do anything but listen. The Dirty Players Duet needed to span two books because it is truly an epic tale of two couples told in a very unique way. My only complaint would be the male narrator in the first book, who had no sex appeal at all.. Still, I highly recommend this series, however you read it.

LIMITED TIME ONLY: Get the duet on Kindle for 99¢ 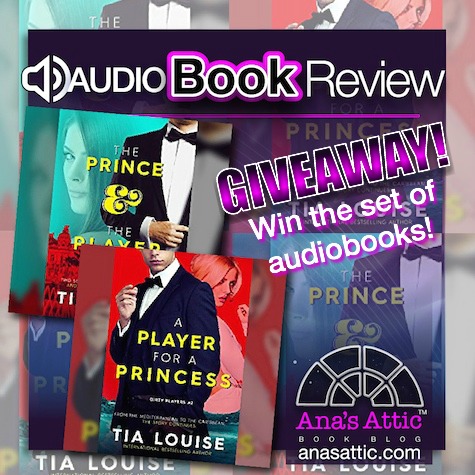