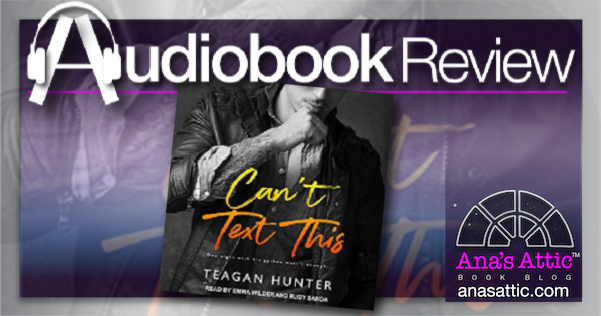 Can’t Text This by Teagan Hunter

3rd in a Series of Related Standalones. Romantic Comedy

I am in love with the Texting series! Texting, emails or messaging is my favorite form of banter in a book, so this series is right up my alley.

Monty is a good girl trying to be bad one night by fooling around with a stranger in a bar bathroom. I mean how can she turn down that line? Robbie is a tattooed “bad boy” who only looks like a bad boy. He’s actually a sweet single dad with an adorable little boy.

“I wanna bang!” Zach’s eyes bulge from his head.
“Uh…”
“My friend Marty from school bangs all the time. He and his dad love doing it.”

Monty and Robbie got to know each other via text and their charming, funny and dirty banter had me non-stop smiling and swooning, but it was Xavie, his little boy, who stole my heart. 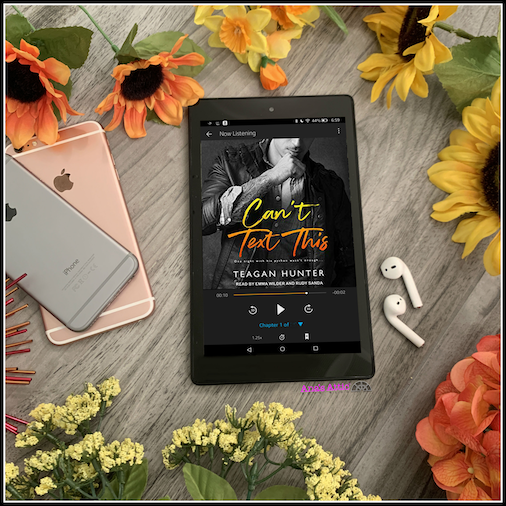 The blurb makes it sound like there is a huge conflict that is the main part of the book, but it happened late and was over quick, so there was basically no angst or drama, but that was OK with me. It was a light, fluffy, fun listen.

The first two books were narrated by Emma Wilder alone and they were AMAZING because she does the sexiest guys! This book broke form and has a second male narrator. While I usually like that, in this case, Emma was enough, I think that she did the guy’s part better than he did. His narration just didn’t do it for me, especially when her male voice is sexier than his.

I waited a little too long to review this so to refresh my memory I bought the kindle book with the intention to skim it but ended up reading it again because every page just kept making me smile! It may have even been funnier the second time (reading it), but some lines were just better via the narrator’s comedic timing. Either way you read it, if you like funny banter via text, this book is for you. If you like books with precocious little kids, this book is for you. And if you like opposites attract stories, again, Can’t Text This is for you.

These books are related but read fine as standalones. 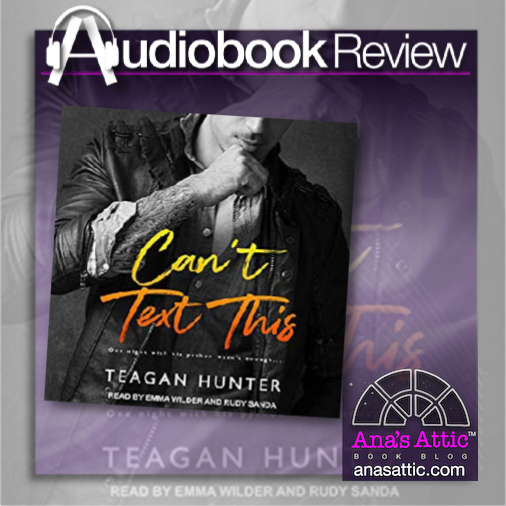