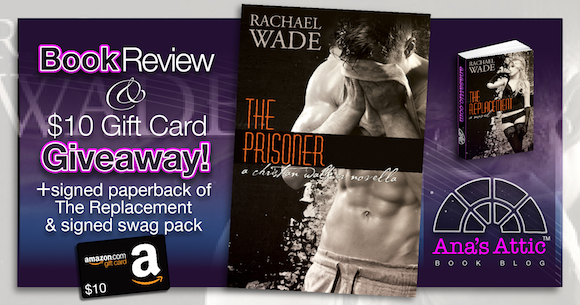 The Prisoner by Rachael Wade

Novella companion to The Replacement (can maybe stand alone.)

The Prisoner by Rachael Wade is a novella to be read after The Replacement, though honestly, I think it could stand on it’s own. The novella is Christian Walker’s story. I thought it would be a story about him after the events of The Replacement. But no, it actually starts with his first contact with Elise Duchamp and follows the timeline of the first book, pretty much.

“She’s the perfect angel for me – just as dirty, just as daring.”

Let me start by saying:

Christian fucking Walker. He’s a lying, cheating scumbag. But damn, you can’t help but like him. WANT him, and feel for him in the end. That Rachael Wade–she knows how to make you go against ALL morals and love a book and root for the character you never thought you’d root for.

Christian Walker is a cheater. He cheats on his wife, and if Elise was the only one he cheated with, maybe he wouldn’t be quite as bad, but this is a pattern for him. Still, his alpha, in-lust behavior still makes him very appealing. But with Elise, maybe it isn’t just lust, he hovers on the line between love and lust, the combination is forceful and totally hot.

“She’s not just some hot piece of ass. She’s a force. A rare diamond. An entity. I would know. I’ve been watching her for weeks.”

In fact, I was supposed to review this last night. But after reading one particular part to my husband, clothes were ripped, and two hours later, I couldn’t move to write a review. Rachael, Mr. Ana and I both thank you 😉 .

“Now do as I say, Elise, and you’ll come so hard you won’t ever want another man to fuck you. Only me.” 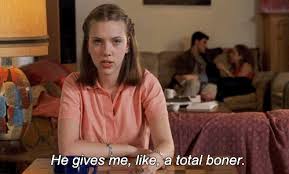 Christian is so hooked, and borderline obsessed with Elise, he would do anything to keep her happy and interested. And despite it going against a lot of his alpha tendencies, he does what he thinks will make her happy. And Oh.My. It made ME happy! (In a ‘dirty girl’ kind of way.)

But if you’ve read The Replacement, you know how this story ends up. Quite honestly, when I was 90% done with The Prisoner, a few details were brought up from The Replacement that I just couldn’t remember, so I brought my book back up and ended up re-reading the last 40% again, and loved it just as much, if not more. I’m glad I did. In fact, I wish I had the time in my schedule to re-read both, together. But I felt that the scene I was looking for should have been put in The Prisoner for a more complete story.

I really liked that you get to see Christian’s feelings in this. Elise was way more than a piece of ass to him.

In the end though, it was real for him. More real than anything he’s had before. We know what happens between Elise and Christian. But what happens to Christian now? We get a hint…but it’s not enough!!! I want more Christian Walker! I want a Christian Walker who has seen the light and will never cheat again.

The Prisoner by Rachel Wade is a perfect companion novel to The Replacement. It can almost be read alone, but I HIGHLY recommend The Replacement to really get it. I have a strong aversion to cheating books. When I told Rachael I would read The Replacement, I hadn’t been sure what I was getting into. Then I read it, and fell in love, despite all of my misgivings. Now with The Prisoner, once again, I love a cheater. How Rachael Wade can work her mojo into making me love a cheater, I don’t know. But she did it twice. I usually like to let standalones stay alone. I never beg for a sequel. But I wanted more Christian. I got it–but now I want even more!

I want to see The Prisoner freed.

***THE PRISONER is a novella (approx. 25,000 words) intended to be read AFTER The Replacement. Contains explicit material and language.*** My name is Christian Walker, and Elise Duchamp is my drug of choice. No matter how hard I try to break the habit, it’s a lost cause. Okay, maybe I haven’t really tried to quit this particular habit. All I can think about is owning her. Making her mine. Can you really blame me? With that sinful body, luscious mouth, and wicked tongue, she’s every man’s dream, and she knows it. No one is immune to her charm, not even me, a man who has everything—a beautiful wife, an office with a view, and more money than most people can spend in one lifetime. Only I know how to make her toes curl. Only I know her body better than the other men she screws in her free time. None of them can compare to me. But the joke is on me. I’m the prisoner. The one who will never compare to him. The one man who makes me see red. His name is stored in her cell phone. It’s the first one she calls out to, the first one she cries for when all hell breaks loose. Ryder Jacobson. The name makes me cringe. She loves him, and I love her. In my own way, I always will. But the bad guy doesn’t always belong with the bad girl. Sometimes the bad girl needs a good man to believe in her, to give her that final push toward ultimate transformation. I wish I was that good man. That I could be her happily ever after. I guess that’s the thing about prisoners, though. They’re left alone with their torment, and in the end, they have no one to blame but themselves.

Purchase The Replacement by Rachael Wade (Book 1) SEE MY REVIEW

Purchase The Prisoner by Rachael Wade (This Book) 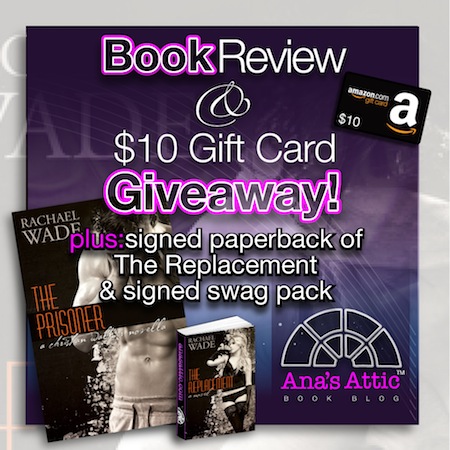