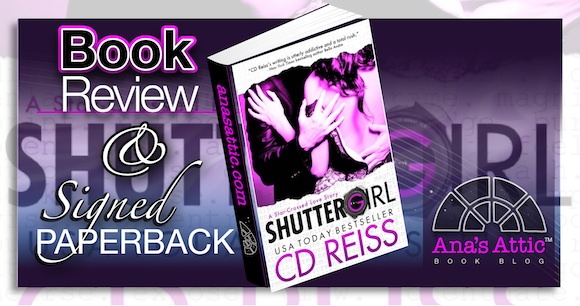 There are actually three main characters in Shuttergirl. The first makes itself known right away, and permeates the entire book. That character is the city of LA. And yes, in this particular book, the city is like a living, breathing character. 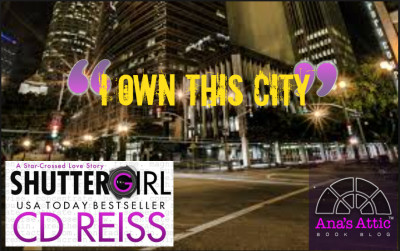 I own this city. And like mother and daughter locked together, the ownership is reciprocal. I’ve been nurtured in her arms, brought to adulthood as if pulled by the roots of my hair, sung to sleep with a lullaby of car alarms and freeway traffic.”

Growing up in 12 foster homes throughout LA, Laine knew the city inside and out. The foster parents never knew where she was or what she did. She gained a brother at one foster home. She had wealthy foster parents for a while who sent her to a private school, where she studied in the bleachers and watched a beautiful green-eyed boy play tennis every day. She became friendly with the boy, until he left to shoot a movie, and she left for something much worse.

I can get to a mark and get away with the shot faster than any of them, in heels and backward. I’m prettier, I smell nicer, and I take exactly zero bullshit from celebrities. I don’t work for them. I don’t kowtow or suck up. If they’re in public, their ass is mine.”

Laine is one of the best in the business. Her reputation is great. She has contacts everywhere. She works all night long in the back alleys of LA. She is always in motion, chasing the “A-listers”. But one night, something is a bit different. Michael Greydon. The green-eyed boy, the “A-lister’s A-lister.”

I should have been shooting. It was money, and I only had four pictures. Yet I’d stopped because he was looking at me through the lens. Not just looking but appreciating. I felt a warm tingle over my skin, as if hands had gone up my shirt. He saw me. I’d shot him a hundred times over the past years, yet I had always been convinced he didn’t know I was there. Did he recognize me?”

Michael Greydon is Hollywood’s sweetheart. The son of two hollywood actors, he was doing exactly what he was born and bred to do. He is Hollywood’s good boy. He’s nice to everyone, no temper tantrums, no drugs, no whoring…no liablility to the studios.  He has been in the spotlight his whole life but he has never really lived.

Can Hollywood’s golden boy even look at the orphaned Shuttergirl? And if she is seen on the other side of the ropes, what happens to her career? How could a paparazzi, trained to capture the worst, most private moments of a star’s life ever be an actual part of that life?

He was stunning, and irresistible, and a one-way ticket to nowheresville.”

She was a vortex. I’d avoided getting swallowed up in her once, and now, more than ever, I needed to avoid it again.”

But they knew it was hopeless. They just couldn’t stay away from each other, no matter how hard they tried. And they knew it would change everything….

My life had been written at birth, a list of opportunities read out loud to the world. Beginning, middle and end. I had found security in that room to make decisions, yet the safety of limits. Laine had come and folded the paper, creasing my expectations in high school with her life story. Now, with her breath on my shoulder, she folded my life into an airplane and shot it out the window.” 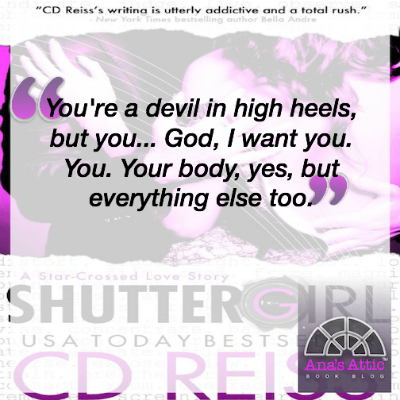 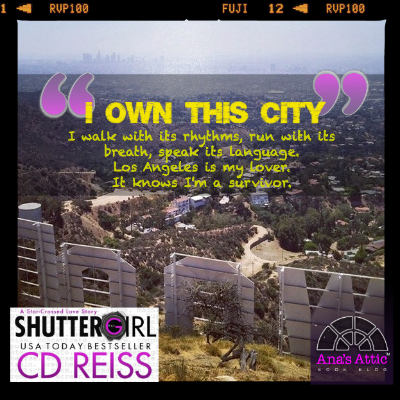 Shuttergirl was a very unique read. The writing was excellent and it really set a mood for the entire book. This was way more Laine’s book than anything, and I enjoyed watching her growth throughout. The fact that LA seemed almost a living, breathing character in this book made it truly unique, and though the premise of the story itself doesn’t sound so special, the execution is. CD Reiss proves that writing is still an art form in Shuttergirl, and I look forward to reading more from her. 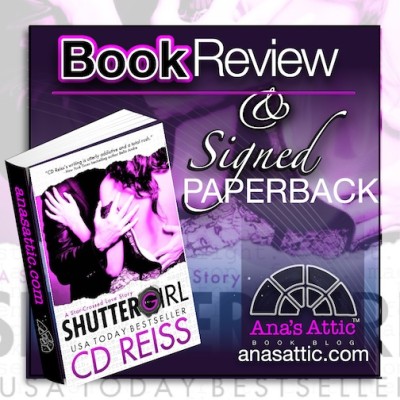