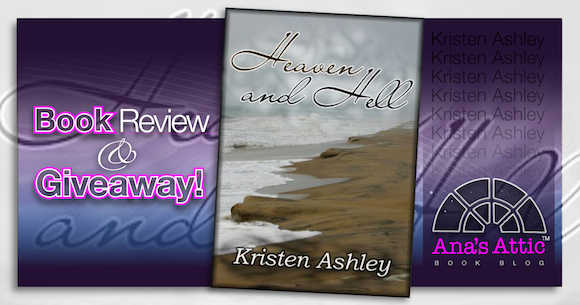 Heaven and Hell by Kristen Ashley

Wow. Kristen Ashley does it again. This woman is a genius. Even my least favorite of her books are still amazing. But Heaven and Hell is way at the top. I have had it on my Kindle for a long time, just kind of waiting for a book funk which Kristen has never failed to pull me out of. I mistakenly thought it was paranormal (angels and devils) but it isn’t. It had been about a week that I just couldn’t get into a book, so I knew to break out the KA Magic. And yes. It is magic!

Heaven and Hell is a bit of a departure from Kristen’s other books in that it is a standalone for now, and it’s more emotional, more dialogue driven, more character driven, and a little less action than her others. But we still have a lovable quirky heroine and a badass alpha.

Kia spent 7 years in a miserable marriage with Cooter (I really hated that name I couldn’t see him as scary with that name).  She suffered his abuse silently, and trying to get away just made things worse.

“Then he kicked me in the back. I bit back my cry at this new pain focus and thanked God he was only wearing a sock. When he kicked me, he did it no matter what footwear he was wearing and since his job meant he had to wear steel-toed boots, I’d learned a sock was far, far better.”

Soon Kia gains the freedom from Cooter and the means to travel abroad. Though Kia has low self-esteem and is a bit fearful, she is determined to travel and experience life. She ends up in beautiful Lake Como, Italy, where she sees her favorite celebrity crush eating breakfast at the table next to her.

Sampson Cooper!
Oh.
My.
Freaking.
God!
I couldn’t sit one table over from Sampson Freaking Cooper!
What was he doing in Italy? What was he doing sitting alone at a table in a beautiful, expensive hotel in Italy? Where was the supermodel-esque hot chick that had to be his woman?

Sampson was an ex-pro ball player who then went into the army, after that he went off the grid, doing something dangerous. Kia knew all of this because she and her friends internet stalked him whenever they could. One even had a life-sized cut out of him in her bedroom. But when she sees him at the table next to her, she was so tied up that she decided to pretend he didn’t exist. Until he spoke to her.

“He was the most beautiful man I’d ever seen in my life. By far. And that was before I saw him in real life and in real life he was more beautiful than ever.
But that deep, rough-like-velvet laughter glided right across every inch of my skin, leaving beauty in its wake that soaked through and, I swear to God, it felt like it settled into my soul.”

Sampson had to be the most verbose hero Kristen has ever written. While normally her heroes are taciturn grunters, Sam was a talker. He was honest, he laid out the bottom line, was observant, and called Kia out on her actions often. But he was still a steamroller alpha, almost demanding her to be his. But sometimes, although I got the gist of what he was saying, I just had to reread it a few times to get it fully.

“Now, I’m worried about you ‘cause this feels good. If it feels this good now, that means it could get better. What happens tonight is close to what happened this morning, it’s definitely gonna get better. But right now, it feels good enough I give a shit about it stayin’ this good, enough to work at it, enough to make it better. And I don’t need to find a woman I finally feel good with and have her not able to handle the shit that comes with me.” ~Sam

Sam knows just what to say. I highlighted so many quotes, that I honestly put off reviewing this book for almost a month because I just couldn’t choose.

Sam was patient with Kia. He educated her on what a healthy relationship was. But Sam was hiding something. And as much as he preached communication, he didn’t listen to his own advice. As much as he made it clear he loved her, could she live with the secrets? One thing you know about him–he’s a GOOD man.

“Cheated on you and beat you.”
Oh God. “Sam –”
“You, fuckin’ you. Look at you. What the fuck?”
I pressed my lips together. He wasn’t done. “Any woman but fuck, fuck,” he clipped. “You. You. Takin’ a hand to you would be like takin’ a razorblade to La Scapigliata.”

Not only was he GOOD, but he was REALLY GOOD.

I loved the lead characters, but the side characters were also amazing. Celeste was just the most amazing woman ever. And my heart broke for Luci. I really hope we get her story soon. There were some other great characters too:

While Heaven and Hell was a little quieter than most of Kristen’s other books, there was still some action. There were hit men, danger, and even security from Cal and Lee! (Squee!). There was even a little laugh out loud humor.  This story was more about an abused woman healing and getting herself back with the help of an insightful, observant, and patient man. Sam helped Kia learn to trust again. He constantly dug for the truth behind her words and actions, and never let her hide behind her fears. He understood her damaged psyche and worked hard to heal and love her. I even sent a quote to my husband:

“In a healthy relationship, you’re allowed to get pissed and in my face. Fuck, I need you to do that so I know what buttons not to push, where I can’t go and avoid those places. And I’ll do the same for you. Its part of learning how to take care of each other. Its fighting but its a form of communication and it’s also a form of trust. We have words, we come to terms, we learn about each other and we move on stronger.”

Sam was by far, the most communicative of Kristen Ashley’s heroes, and boy, he knew the right things to say and do. Sure, he made mistakes along the way, but he quickly realized and rectified them. As always, I just loved the characters, and Heaven and Hell was another Kristen Ashley book to break one of the worst reading slumps I ever had. 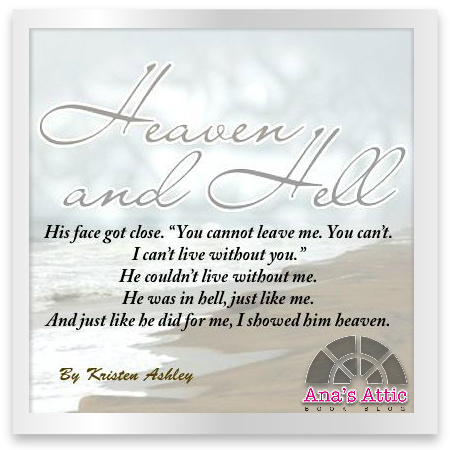 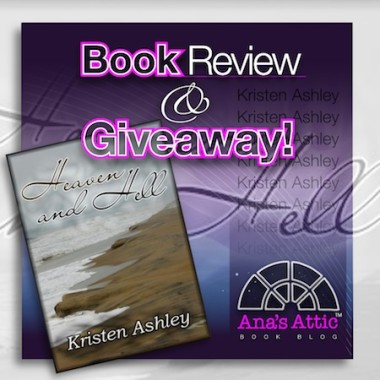