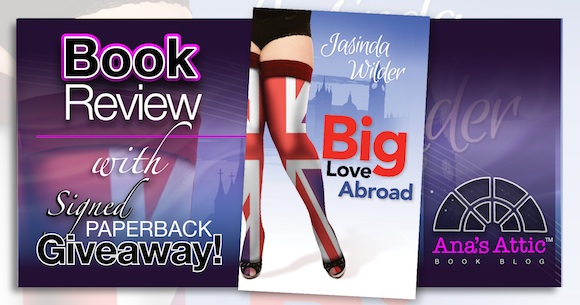 As much as I love Jasinda Wilder’s writing, I haven’t read all of her books. In fact, I haven’t read beyond book 2 in the Big Girls Series. Since I’m OCD about never reading a series out of order, I probably wouldn’t have read  Big Love Abroad if Jasinda hadn’t told me herself that it is completely different characters. If there was any crossover (beyond the cover) between the Big Girls/Rock Star books and Big Love Abroad, I never felt or noticed that I was missing anything.

I absolutely LOVED Big Love Abroad. At first, I must admit, I was a little disappointed that the lead character, Nina, wasn’t even plus sized, just very curvy. But I like that weight wasn’t a huge issue in the book except for how her insecurities about her curves pop up, which exists for most women, plus sized or average.

I was aware that my body shape wasn’t what the average guy wanted. I was five-four— barely— and my weight fluctuated between one-forty and one-fifty, my curves centered on my hips, ass, and tits. If a guy liked his girls ultra-curvy, I was his type; I was all curves. I wasn’t overweight or out of shape, though.”

Though Nina was pretty comfortable in her skin, she had some hang-ups that were very relatable.

Nina and Ian meet on the plane from the US to England. Nina is going to get her masters at Oxford in English Lit, and Ian is moving home after a breakup with his US girlfriend. Ian is big, commanding, and gorgeous, and Nina is a curvy Latina type, and their connection was palpable. They chatted during the whole long flight, and it was enough to know there was something more there.

So he invited her out to meet his closest friends, the ones he hasn’t seen in a year. The affection Ian showed Nina was effortless, and he quickly made his intentions very clear.

I’d like very, very much to get you naked and have lots and lots of hot, and possibly rather kinky sex with you. This is a spacious flat. I can think of at least a half-dozen places I’d like to fuck you up against, and that’s just what I can see from where I’m sitting.”

Jasinda writes AMAZING and LONG sex scenes. Usually they are very intense and lovey-dovey. But in Big Love Abroad, Jasinda stepped the sex up a notch and made it a little dirtier, and holy hell, it was H-O-T! I actually had to stop reading for a day until Mr. Ana was available to hmmmm…’help’ with my reading.

There was a fairly big angsty part of the book that made me angry with both Nina and Jasinda, but I think it added a lot of realism, and made the ending even better. 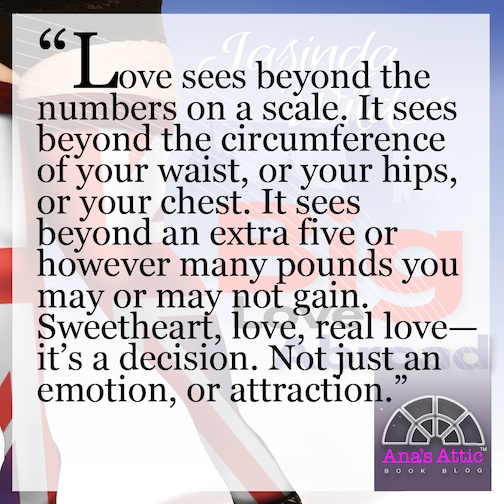 The Down and Dirty

Big Love Abroad was a perfect vacation read for me. It was a perfect combination of sexiness, dirtiness and romance, mixed with just the right amount of angst. It’s one of those guilty pleasures you lap up like ice cream. I’m surprised this book isn’t the big talk of the town, because it’s just that good. If you like stories about Americans in London, stories with tons of hot and a little dirty sex, stories with angst and romance, and did I say super-hot sex? You have found it. It is NOT necessary to have read ANY of the other books in the series before. 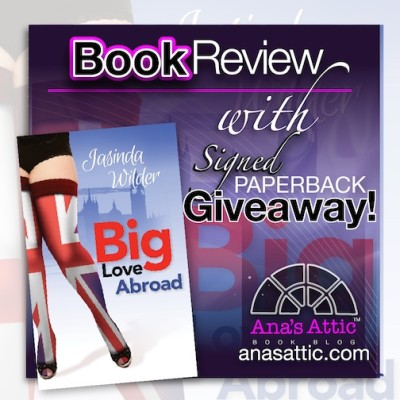