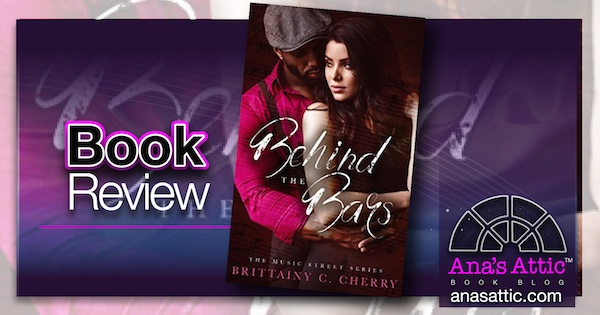 Behind the Bars (Music Street Book 1) by Brittainy C. Cherry

I’m so glad that I wait until the first week of January to do my best of 2017 list. I just finished Behind The Bars by Brittainy C. Cherry yesterday and it will absolutely be added to my list! It starts as a YA novel, but ends as a NA novel. They are teens for the first half and 22 for the second. This is a second chance romance, but it is so much more! It’s music. It’s pain. It’s grief. It’s love. It’s family. It’s home. It’s AWESOME.

I pulled a ridiculous amount of quotes, because Brittainy has the best quotes from her characters! It will be hard to choose the best ones for this review without giving away any plot points, but I will try.

Jasmine is beautiful. She has been home-schooled her whole life, and her mother has been grooming her to be the next big pop star. Her mother cares nothing for her, only that Jasmine live out the dreams she never got to. Her voice is beautiful, but she wants to sing soul, that’s her real love. But her mother will have none of it.

She frowned. “Did you fumble your song? I told you to keep rehearsing the lyrics. This school thing is taking too much time from the real work you should be doing,” she said disdainfully.

Luckily, her musician stepdad, Ray, is the voice of reason. And when they settle in New Orleans for a while, Jasmine finally gets to go to a real school with other kids, much to her mother’s disgust. She is immediately the popular girl because of her looks. But she sees a skinny, stuttering young boy, the same boy she has seen playing amazing saxophone on the corner downtown, getting mercilessly bullied at school, and she befriends him.

“When Elliott had his music, his soul was free. Because of jazz, Elliott was able to breathe.”

They become everything to each other, but my favorite thing was the music. As the mother of a jazz/soul/rock musician, my son talks about it all the time, and I felt like the love and discovery of music was spot-on for these kids. They discovered it together, and it was such a part of both of them. I loved how they spent time “behind the bars” listening to the music all around them.

We’d spent so much time behind those bars, listening to different types of music and making promises we couldn’t keep—promises of futures and dreams, of us keeping in touch, of forever.

But forevers end, and her mother can’t stop chasing a career for Jasmine, so they move away.

It was crazy how much my heart hurt that night. I hadn’t known Elliott for long at all, only a few months that felt like forever. We were complete opposites in so many ways. I was the popular new girl, and he, the bullied shy boy. Where I was outgoing, he was tame. Where I was lost, he was the roadmap home. And now, we had to say goodbye.

Years later Jasmine comes back “home” only to find a shell (albeit a very large, beefed up shell) of a man that wouldn’t even talk. He was as broken as a person can get and hadn’t played his beautiful music in years.

“One can’t truly heal if they pretend the cracks don’t exist.”

He hasn’t really talked in years. Tragedy made him a bitter, angry man. Can Jasmine bring back the sweet, shy boy he once was? 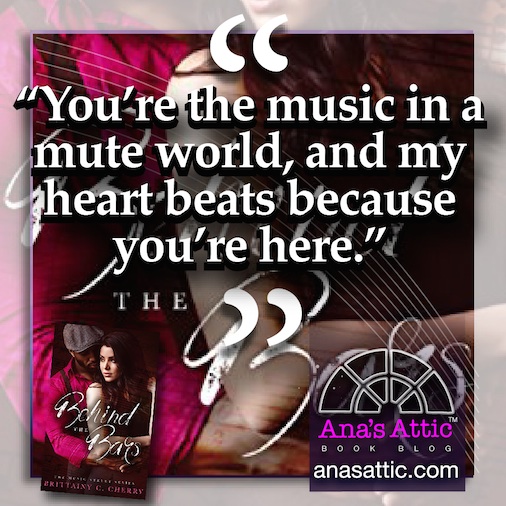 I usually put my Dislikes here, but I had no real dislikes. These are things I would have liked changed a bit:

Behind the Bars is not a light, easy read by any means. But it is an epic read. There was so much heart and soul and music and love and anger in every word. It was way more than just a second chance romance. It was young love, tragedy, family, friendship, heartbreak, healing, love and music. It was one of the most emotional books I read this year and just had so much story from every direction. I am so glad I was able to fit it in this year and add it to my best of 2017 list.

I hate using quarter stars, but I need to here. It’s almost 5 stars, but for my personal rating scale, I had a few small issues so will be giving it 4.75 stars, rounded to 5 on other platforms.  There was I think only one sex scene, at the end, but it was detailed. 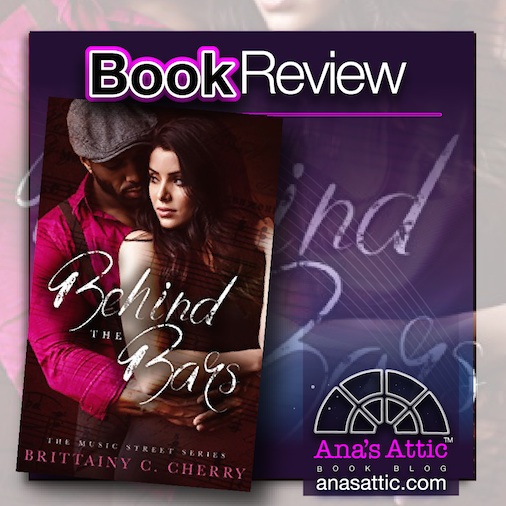