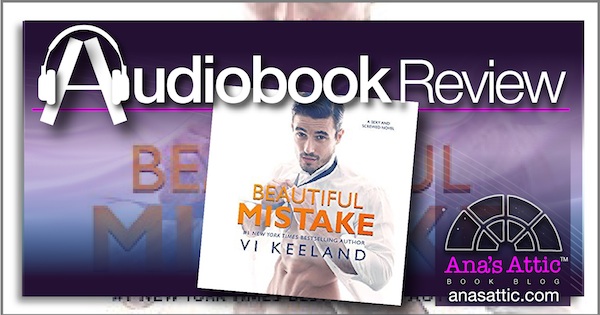 I have read a couple of Vi Keeland books before, and they strike me as perfectly fun, sexy romcoms. Beautiful Mistake was getting so much buzz, that I grabbed it without reading the blurb. It’s a cute blurb that makes the book seem light and sweet, but it was much more.

The first time I met Caine West was in a bar.
He noticed me looking his way and mistakenly read my scowling as checking him out.
When he attempted to talk to me, I set him straight—telling him what I thought of his lying, cheating, egomaniacal ass.
You see, the gorgeous jerk had wined and dined my best friend–smooth talking her into his bed, all along failing to mention that he was married.
He deserved every bit of my tongue-lashing and more for what he’d done.
Especially when that lazy smile graced his perfect face in response to my rant.
Only it turned out, the man I’d just told off wasn’t the right guy.
Oops. My mistake.
Embarrassed, I slunk out without an apology.
I was never going to see the handsome stranger again anyway, right?
That’s what I thought…until I walked into class the next morning.
Well, hello Professor West, I’m your new teaching assistant.
I’ll be working under you…figuratively speaking.
Although the literal interpretation might not be such a bad thing—working under Professor West.
This was going to be interesting…

I happen to like the student/teacher taboo trope, but since she was already 25 in this story, it never really had the forbidden factor for me, but that was OK. I didn’t miss it, because Professor Caine West was one fine dirty talking sex god! I loved how he was boss-like and flirty at the same time.

He studied me. “Lateness is a frequent occurrence for you, I take it?”
“Unfortunately, it is.”
“Then I should clarify something I said earlier.”
“Oh no, that’s not necessary. I won’t be late for your class.”
He took a step closer and leaned in. “I’m glad to hear that, Ms. Martin. But that’s not what needs clarification.”
I swallowed. God, he smells good.
“Earlier I told you I didn’t bite students.” He smiled, and I felt the wickedness from it shoot down to some interesting places. “I don’t. But I make no promises about not biting feisty TAs.”

Speaking of feisty, I loved that that was his nickname for her. She was feisty and I liked her!

“If I weren’t your professor and you weren’t a nice girl, your re-virginized pussy would be sore as hell right now”

I liked how they developed an open friendship, that they became more than fuck bunnies. You were able to really feel their connection.

“You’re that song. I don’t know any of the words, but the tune is so damn familiar.”

But don’t worry, you still get a hot, bossy totally dirty talking alpha!

He tugged his belt, and it made a sharp whooshing sound as he pulled it through all the loops in one smooth motion.
“Turn around. Hold on tight.”
——
“I bet you’ll like your hair pulled while you’re on all fours with a red ass and my cock filling this sweet little pussy.”

I think I just moaned out loud. There was more to this story. Though I figured out the twist very early on, that didn’t dampen my enthusiasm of watching it all play out, it just cemented my earlier belief that these two were meant to be together.

“Maybe I couldn’t get you out of my head because you were supposed to be there.”

One of my favorite quotes in this book, one that I wish everyone would take to heart: 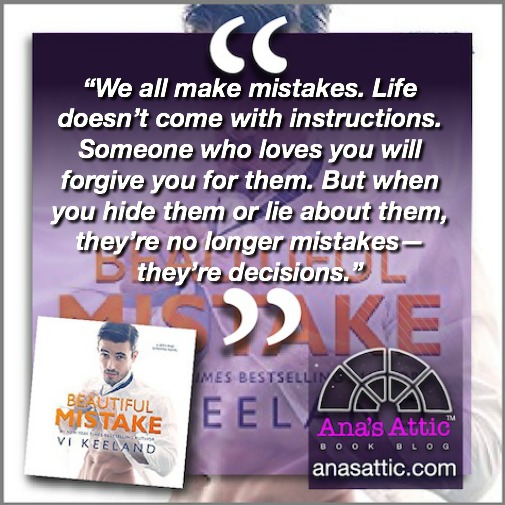 You can never go wrong with Sebastian York and Andi Arndt. They may be a bit overused, but there is a reason for it.

Beautiful Mistake is so much more than a sexy student-teacher romantic comedy. She is 25, so it never really felt taboo or forbidden, it was more of a workplace romance, since he is a professor and she is his TA. The connection they had was electric and it could have been a simple romance between co-workers, but with a detailed back story plus some really amazing chemistry, hot dirty talking sex and a major story twist, Beautiful Mistake is definitely worth picking up. 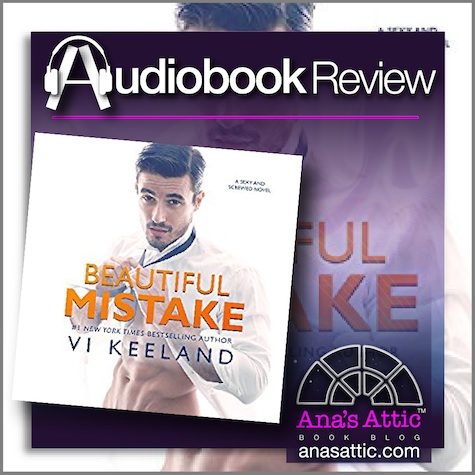