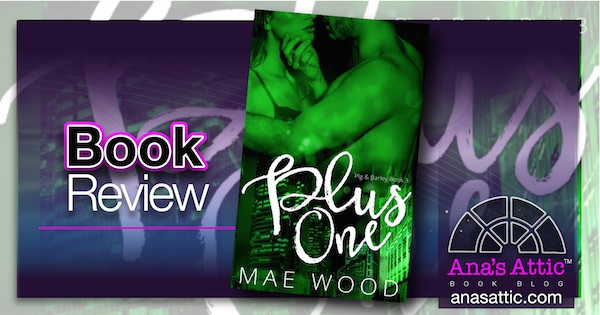 Plus One by Mae Wood

Contemporary romance. Part of an interconnected Series but can stand alone. Great for Foodies.

I committed to read Plus One by Mae Wood back in February. I love a single dad book, especially a mature one, and was assured that this stood alone even though it was third in a series. I picked it up a few times, and it didn’t grab me right away, so being as overbooked as I am, I kept moving it to my next month’s to-read list. Well I finally got to it.

The first chapter or two was about people I felt I should have known, who I guess were from the previous books. I was kind of lost at the beginning until the book focused in more on our main couple. At first, Drennan came off as a kind of slutty tarte who used her tits to sell wine to the bars in Memphis. But then we learn it’s not for all of her accounts, just one. The one she calls “Lickable Man”, and she desperately wants his attention; she’s been trying for some time. So despite my initial not-so-great impression of her, I really ended up liking her.

Bert owns The Pig & Barley, has been divorced for 4 years and has an awesome son, a senior in High School. He is about to turn 40, but he is still focused on being a dad, and isn’t ready to date seriously, especially not Drennan, the 20-something blonde with the gorgeous legs. But when he learns she is only in Memphis for a few months before going back to California, he figures that’s a perfect, no-strings relationship, and she is up for the same thing.

Their relationship was all about being foodies, wine lovers and craft beer lovers. I can’t stand wine, don’t drink beer and I eat like a picky 6 year old, so I totally didn’t relate to this book. I think someone who loves all this may have loved it, but it took me TEN DAYS to read. I kept waiting for something to happen. There was a mystery about counterfeit wine that went nowhere, and the book just seemed so long to me even though it wasn’t.

I liked the characters. I liked the storyline. Besides the food and wine thing, I can’t really put my finger on why I had such a hard time. I didn’t mind learning about food and wine, but it just felt like I never got excited at all until the very, very end.

If you are a foodie or wine connoisseur Plus One would probably be a great read for you. It was a large part of the story and something I am not at all interested in. Though it stands alone, I did feel like I missed something, and would have enjoyed it more had I been introduced to the characters better from the prior books. Bert was a hot, tattooed, almost 40, single dad restauranteur who was delicious. The storyline was realistic and sexy, but it took me 10 days to read, as it never “called to me” to pick it up, I found myself on Facebook more often than reading. It just kind of stagnated in the middle to me. I enjoyed the end, but I would recommend Plus One only to the food/wine/craft beer/biking/swimming healthy crowd which is as far from me as you can get!

Purchase Plus One by Mae Wood 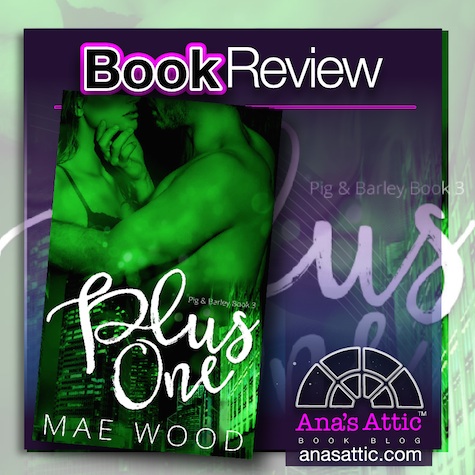