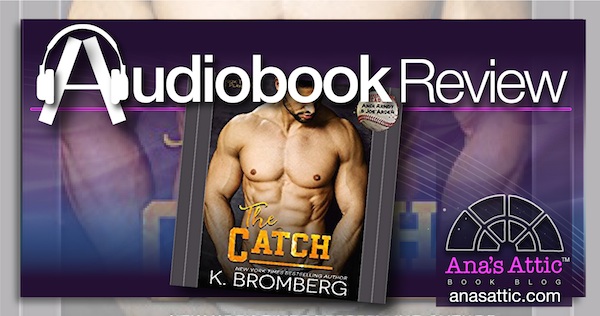 The Catch by K. Bromberg

Contemporary Sports Romance. Second in a duet. Does NOT Stand Alone

The Catch is the second in K. Bromberg’s Player duet, and you must read The Player first. You WON’T regret it. I am not a sports romance fan for the most part. I also wasn’t aware when I read The Player that this was a duet. With my lack of memory, I was very concerned I wouldn’t remember enough to get back into the second book, so I reread the last chapter so the cliffhanger was fresh in my mind, and it was a doozy! I felt after the first book that the story could have easily wrapped up in another 50-100 pages. I am SO GLAD it didn’t. In fact, I loved The Catch even more than The Player. It had SO MUCH MORE story to tell. Now I wish there was even more! 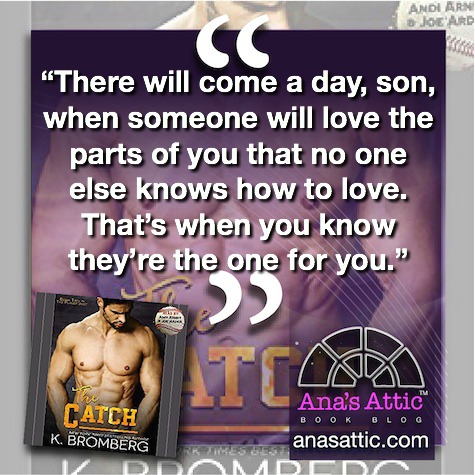 While The Player was more Scout’s story, The Catch was totally Easton’s, and he had more of a story than I ever expected. At the end of The Player, we were left with both of them realizing that they were meant to be, but then came the cliffy which brought in so many doubts and insecurities. Who do you trust? What is going on? How did this happen? Why? Poor Easton is hit with curveball after curveball. The guy can’t get a freaking break. Yet there was just something so REAL and so HUMAN about them both. They made mistakes, had doubts, screwed up, but there was never really a question of their love. These two had the magic.

“I want you. All of you. Your flaws. Your mistakes. Your achievements. Your shortcomings. Your love.”

I usually list my likes and dislikes here, but I honestly liked everything and disliked nothing. It was an epic read that was just amazing to me.

The Catch was so much more than I ever expected. While I really loved The Player, I only gave it 4.25 stars mostly because I thought it could be told in one book. I WAS WRONG. This was a duet in every sense. There was a full storyline in The Catch and SO MUCH happened. I will actually be noting on the first review that I was wrong and upping my rating. The Catch was so well written, so emotional and chock-full of surprises I couldn’t have imagined a better conclusion. I would count The Catch and now the duet as one of my 2017 favorites even though sports romances aren’t usually my thing. This couple was just so real and genuine together that I couldn’t help but fall for them.

Purchase The Player by K. Bromberg

Purchase The Catch by K. Bromberg 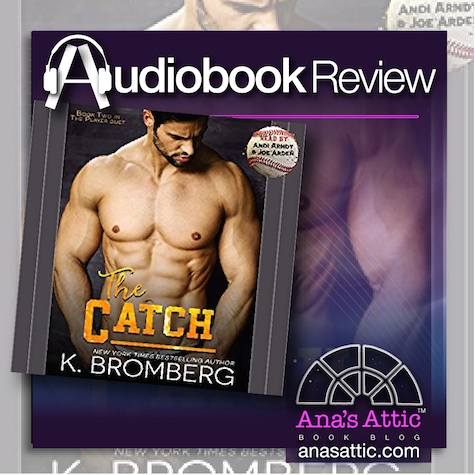