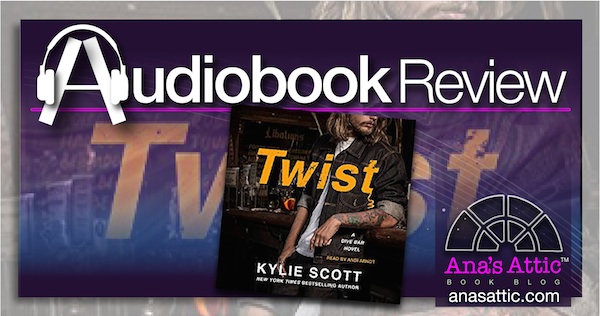 I love Kylie Scott’s writing so I won’t miss a book that she writes. I loved the Stage Dive Series, and really enjoyed Dirty, so I was hoping that Twist would bring me back to the love I felt for Mal. While I enjoyed the story a lot, it was a unique, sweet, sexy and fun story with some big emotions, it just didn’t make me swoon and want to gush about it. But still, Twist was a solidly enjoyable read.

When his younger brother loses interest in online dating, hot, bearded, bartender extraordinaire, Joe Collins, only intends to log into his account and shut it down. Until he reads about her.

Alex Parks is funny, friendly, and pretty much everything he’s been looking for in a woman. And in no time at all they’re emailing up a storm, telling each other their deepest darkest secrets… apart from the one that really matters.

When Alex hasn’t heard from “Eric”, the guy she has been chatting online with for months (in a platonic way), she decides to fly in and show up to surprise him for his birthday. “Eric” was gorgeous and just Alex’s type, so she wouldn’t mind it becoming more.

Only when she shows up at the bar, Eric acts like a total douche and has no clue who she is. Mortified, Alex finds out his big, hairy, beast of a brother Joe has been catfishing her by pretending to be Eric.

“His golden mane flowed down over his wide shoulders, a beard covering the bottom half of his face. I guess it kept him warm in the winter, but seriously. Who needed that much hair?”

Completely mortified that this happened, she runs out into the rain just as she is getting sick.

“I wondered how long it would take for this whole little adventure to turn into some funny story I told people. Except no part of me was amused. Not even a single cell. My Eric, the beautiful man from the Internet, didn’t exist. Not really. Because the guy who’d charmed me with long, rambling emails about life and everything was a liar. And everyone knew, you couldn’t trust a liar.”

Alex is not only completely embarrassed and ashamed she fell for it, but she is devastated she lost someone who has become one of her closest friends.

”I know it must feel like you don’t know me, but you do. It was just a couple of details. But the person talking to you, that was me.”

When Joe tracks Alex down to apologize, he finds her with a horrible case of the flu, all alone in a strange city, and spends days nursing her back to health.

“Once my guard was down, due to complete and utter exhaustion, Joe had cuddled me. It was terrible, disgusting. Fingers caressing me, lips pressing soft kisses to my shoulder and the back of my neck. Normally I’d never allow it, but it felt so good.”

I loved the way his personality shined through so much that suddenly Joe, who was totally not someone she was attracted to at the beginning became the hottest guy ever.

“When it came to Joe Collins, my pussy was a wanton whore. And seriously, who could blame it? His body was one big beautiful playground. There wasn’t an inch of him I didn’t want to explore.” 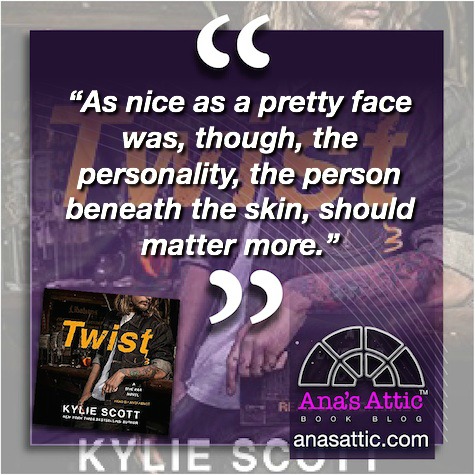 And Arndt was as good as always, but it was just her. And quite honestly, I’d really like to hear someone else for a change. There was no male POV.

I really enjoyed Twist by Kylie Scott. I absolutely loved the unique and modern theme of being catfished, though nowadays it’s hard to believe they never video chatted or sent goofy photos of themselves on the spot. I loved the fact that both characters were very real and very flawed. There was some drama at the end that I could have done without and I think I would have enjoyed the book more. I really dislike Eric, and I am not sure it’s possible to redeem him in my eyes so I will be holding out on that until I read some reviews. 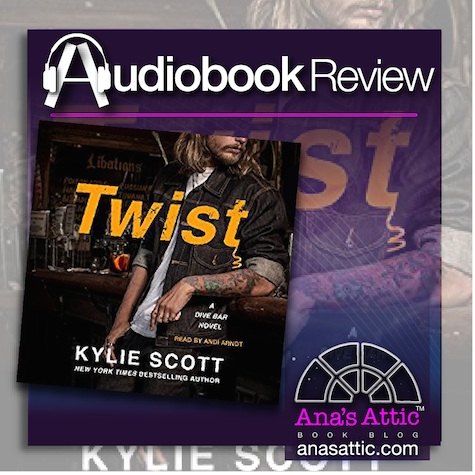