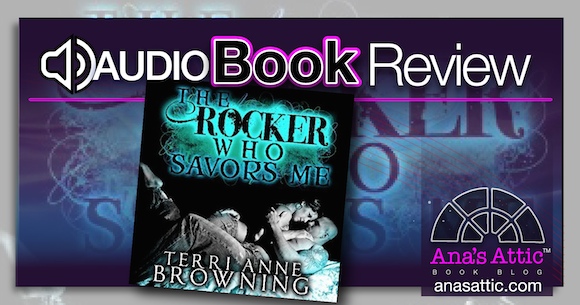 The Rocker Who Savors Me by Terri Anne Browning

I went immediately from The Rocker Who Holds Me to The Rocker Who Savors Me, so when the same narrator was a different character, it threw me a bit, but I quickly got over it. I mean I loved Jesse in the first book, so I couldn’t wait for his story.

Layla has had it rough, she is all alone, raising her 2 sisters. Emmie is very pregnant, and realizes she can’t take care of the whole band and the huge house alone. so she reaches out to hire a housekeeper. Well, finding a housekeeper who can deal with a vulgar rock band isn’t so easy, but luckily Layla showed up right in time. And she is perfect. She is young, cool, and even a fan (but not overly fangirl) of Demon’s Wings. Em offers her a whole guest house to share with her two sisters. What could be more perfect?

The minute Jesse sees her, he is done for. Em made sure to tell him that Layla is off limits, but Layla got sucked in to the drummer’s charm too quickly and was gone for just as quickly.

“Please, don’t fuck the housekeeper. I like her and if you do something that makes her quit, I will break your favorite drum sticks.”

I really loved Layla. She was cool, fun and didn’t seem badly damaged even with a rough background and having to raise her sisters. She is a great mom to them, and became a great friend to Emmie. I loved the chick bonding the best! Haha, seriously, the friendship forming was really nice to watch, you always see “the crazy best friend” but rarely do you see a friendship grow from scratch in a book, and I enjoyed that. Emmie has never had a female friend and her closeness with the guys is a little over the top so I liked her having a friend that isn’t ‘her guy’.

But the story was split. Emmie was still the center of attention in another woman’s book. I mean Em was by far the number one girl in Jesse’s life. The relationships she has with the band is still mildly creepy to me. They are all in love with her it seems, and she refers to them all as “My Guys” ALL THE TIME. So it still felt like Emmie’s book.

Then we have another side story with Lana, Layla’s 17 year old sister and Drake who is around 30. He is a miserable, closed off person, except when he’s around Layla, she is like a magic balm to him. I really want to read their story, but felt it took away from the main romance as well.

I really like the narrator, but thought it was a bit difficult that the same one does the whole series. If you listen consecutively the stories get very jumbled up and it is hard to change that voice in your head from one character to the next. I know this is common in series, but it’s the first time I really noticed it that much.

I can see the author has matured in her writing and gotten better in this book, so I imagine the whole series will keep improving. I enjoyed all of the characters, but still feel like everyone is still a bit too stuck on Emmie, she still seemed to be the heroine of this book instead of Layla. Also, I am dying to read about Lana and Drake, but felt their story took up a little too much of this one and found my focus split. I would like to eventually continue the series, but since the next has the same narrator, I will give it a break to avoid confusion.

See the series in order here. 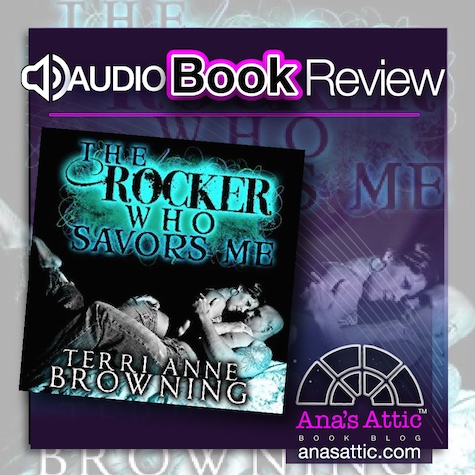